Castle Cornet is an island castle in Guernsey, also known as Cornet Rock or Castle Rock. A former tidal island which has been one of the harbour breakwaters of St Peter Port’s since 1859.

The island is approximately two hectares in area (length 175 metres and width130 metres).

The island also has a restaurant, and hosts outdoor theatre performances during the summer months.

The castle has the following museums: 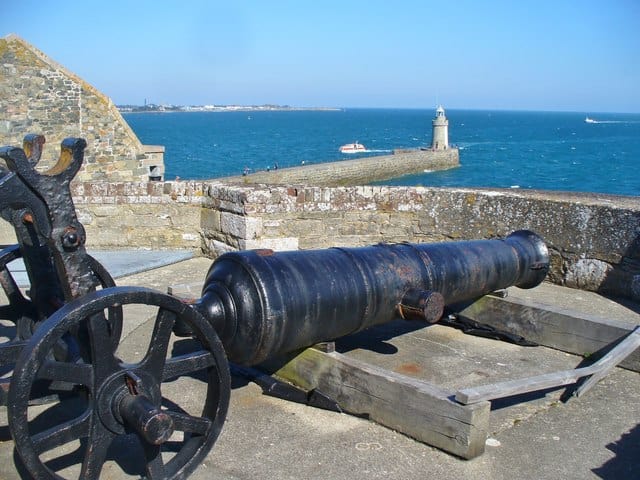 0.61 km
La Valette Bathing Pools are at the southern end of Havelet Bay in St. Peter Port, by the Clarence Battery headland. A two-minute climb up the steps by the (poor) aquarium will take you to Clarance Battery which has super panoramic views. Read more…

0.7 km
St Peter Port lifeboat station was established in 1803 and operates an all weather lifeboat. Station only open by appointment, no shop. Read more…