Aillwee Cave is a cave system of over a kilometre of passages leading into the heart of the Burren mountainside.

The cave was discovered in 1944 by a local farmer but was not explored and mapped until late 1970’s when he told people about it.

Features of the cave include an underground river and a waterfall as well as some large stalactites and stalagmites and the layout consists of a stream passage, ending in a sump.

The bones of bears found in Aillwee Cave and the shallow pits discovered in the passage suggest bears may have used the cave for hibernation.

Today, tours of the cave consist of a 30-minute guided walk.

Ballyvaughan weather forecast from Yr, delivered by the Norwegian Meteorological Institute and NRK 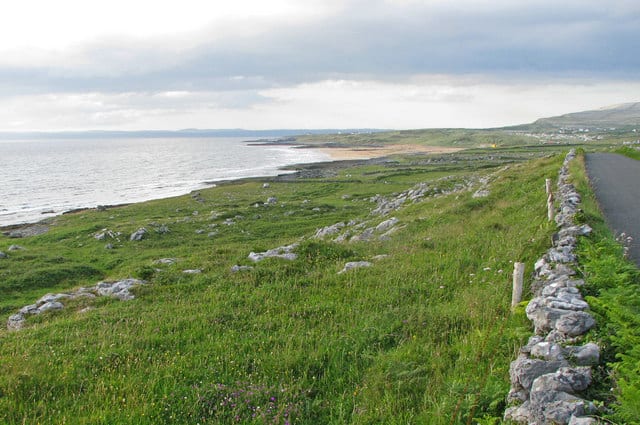 10.32 km
Fanore beach is a sandy beach on the Atlantic coast of Ireland backed by large areas of sand dunes known as the “Rabbit Warren”, and at low tide, you have exposed limestone. This beach is an unspoilt beach located in the heart of the Burren and Cliffs of Moher Global Geopark that makes thisparticularly interesting to botanists. Facilities at the Read more…

Some more seaside locations in Clare