Corcomroe Abbey is an early 13th-century Cistercian monastery, once known as “St. Mary of the Fertile Rock”, a reference to the Barony of Burren’s fertile soil.

The Romanesque ruins feature stone carvings that are considered to be among the finest in a Cistercian church in Ireland.

14.43 km
Silverstrand is a sandy beach. The beach is popular with families as it has a gentle slope into the sea. Facing Galway with good views into Galway bay. Share: Read more…

14.76 km
Salthill beach is really a combination of beaches along a promenade within Galway City. Small rock ourcrops divide the stretch and some parts are sand whilst others are pebble. Share: Read more…

16.01 km
The Galway Arts Centre is a gallery showing Irish and international contemporary arts held within a building built in the 1840’s. The gallery is open on all but a Sunday and offers workshops and classes or has rooms for hire. Share: Read more… 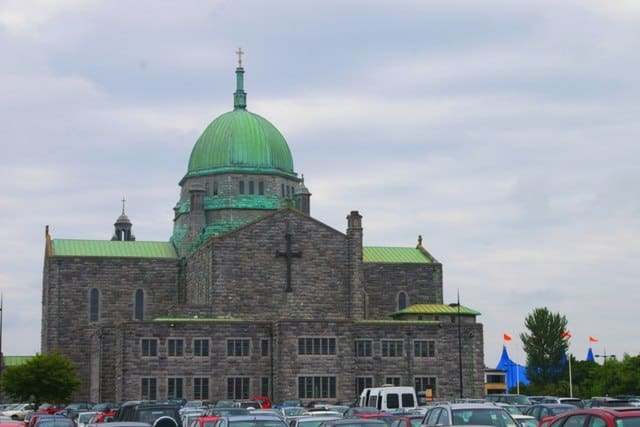 16.55 km
The Cathedral of Our Lady Assumed into Heaven and St Nicholas opened on 15 August 1965, commonly known as Galway Cathedral, is a Roman Catholic cathedral in Galway, and one of the largest and most impressive buildings in the city. Share: Read more…

Some more seaside locations in Galway