Ballymote castle is a large rectangular keepless castle, built around 1300. It has many similarities with Beaumaris Castle, in Anglesey, Wales, built by King Edward I of England.

The entrance has a double-towered gate, and three-quarter round towers at all four corners and also in the middle of the east and west walls. 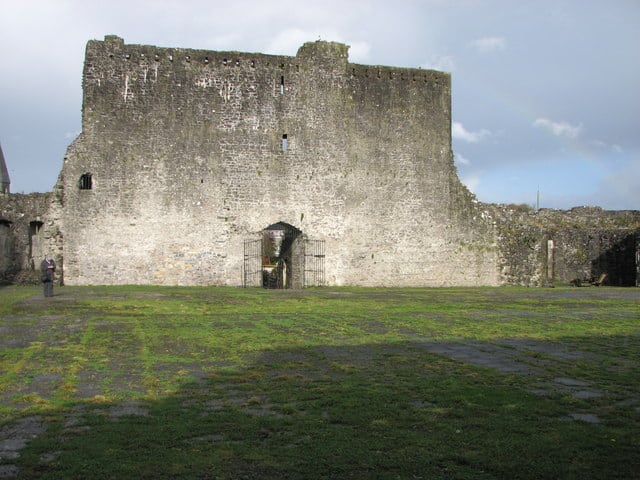 9.16 km
Sligo Folk Park shows rural life and Irish heritage at the turn of the late 19th Century. The Folk Park is set in the grounds of the authentically restored Millview House, which was originally built in 1873. As well as a walk around the park visit the museum which houses one of Ireland’s finest collections of rural history and agricultural Read more…

11.18 km
Heapstown Cairn is believed to enclose a passage grave and is 57m in diameter and about 6m high. Read more…

20.44 km
Sligo Cathedral wss designed by George Goldie, one of the foremost Catholic architects in England in the nineteenth century, and opened in 1874 by Cardinal Paul Cullen of Dublin and consecrated on 1 July 1897. The cathedral was built in a Norman style with a spire at the front and large apse in the Sanctuary. Read more…

20.63 km
Sligo Abbey is a Dominican Friary founded in the mid 13th century by Maurice Fitzgerald. The abbay contains carvings including Gothic and Renaissance tomb sculpture, a well preserved cloister and the only sculptured 15th century high altar to survive in any Irish monastic church. Read more…

Some more seaside locations in Sligo