Wexford County Museum is located within Enniscorthy Castle and contains a collection of local agricultural, military and domestic items. The 13th century Enniscorthy Castle is where Edmund Spenser wrote The Faerie Queene. Sir Henry Wallop lived at the castle allegedly giving birth to the word wallop. The castle was stormed by the United Irishmen in 1798 before they were defeated at the nearby Vinegar Hill. 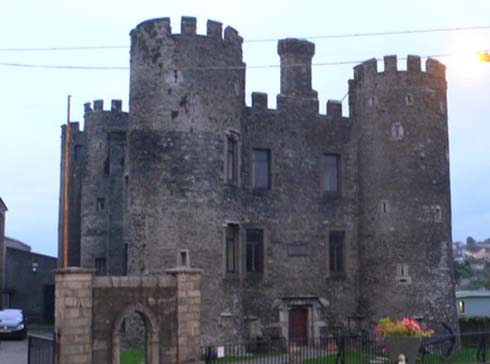 Enniscorthy weather forecast from Yr, delivered by the Norwegian Meteorological Institute and NRK

0.52 km
The National 1798 Rebellion Centre is a heritage centre in Enniscorthy dedicated to the history of the 1798 Rebellion. The Irish Rebellion of 1798, also known as the United Irishmen Rebellion, was an uprising against British rule in Ireland lasting from May to September 1798. The United Irishmen, a republican revolutionary group influenced by the ideas of the American and French revolutions, were the main organising force behind the rebellion. Read more…