Spanish Head is a headland on the southwestern coast of the Isle of Man, rising over 100 m from sea level. You can see the island of the Calf of Man lies which lies to the southwest of the head, separated from it by the Calf Sound.

The name is thought to arise from the tale of a ship from the Spanish Armada that was wrecked in the area, though there is no evidence to suggest this. Locals suggest that the name may originate from the Manx name for the type of rock in the area.

Cregneash weather forecast from Yr, delivered by the Norwegian Meteorological Institute and NRK 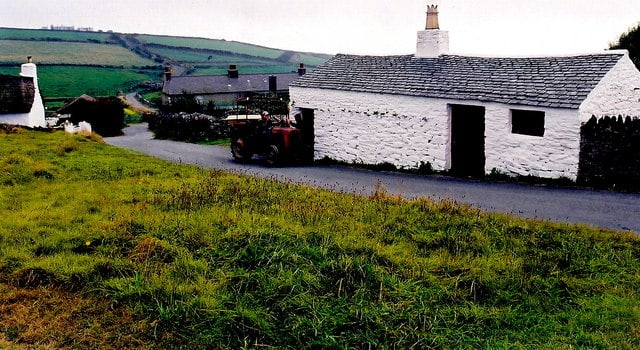 1.65 km
Cregneash is a small village in the extreme south of the Isle of Man, about one mile from Port Erin. Much of the village forms a Living Museum dedicated to the preservation of the traditional Manx ways of life. Annual Manx festivals are held in Cregneash and it is home to a flock of the rare four-horned Loaghtan sheep. Read more…