Dunnottar Castle is that unforgettable experience of Scotland and brings to life the movie ‘Brave’. This is the dramatic and evocative ruin of a fortress set on a cliff top on its own peninsula in Scotland!

Walk around the extensive buildings and explore the keep through the barracks, lodgings, stables and storehouses to the less-ruinous chapel and drawing room. Here you’ll discover the importance of Dunnottar, an impregnable Castle that holds many rich secrets of Scotland’s colourful past.

William Wallace, Mary Queen of Scots, the Marquis of Montrose and the future King Charles II, all graced the Castle with their presence. Most famously though, it was at Dunnottar Castle that a small garrison held out against the might of Cromwell’s army for eight months and saved the Scottish Crown Jewels, the ‘Honours of Scotland’, from destruction. Crown, sceptre and sword now take pride of place in Edinburgh Castle.

A darker chapter in the history of Dunnottar is that of the ‘Whig’s Vault’. The gruesome story of the imprisonment in 1685 of a group of Covenanters who refused to acknowledge the King’s supremacy in spiritual matters.

The Castle was the home of the Earls Marischal once one of the most powerful families in the land. The last Earl was convicted of treason for his part in the Jacobite rising of 1715, and as a result of his estates, including Dunnottar, were seized by the government.

The buildings were thereafter much neglected until 1925 when the 1st Viscountess Cowdray embarked on a systematic repair of the Castle.  The Castle was officially made open to visitors thereafter.

Stonehaven weather forecast from Yr, delivered by the Norwegian Meteorological Institute and NRK 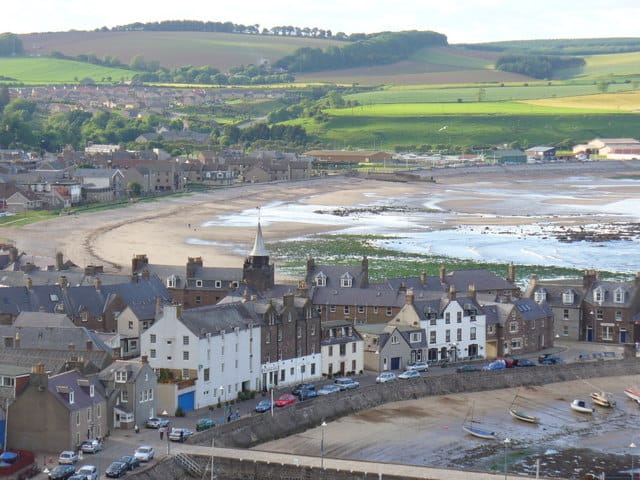 2.1 km
Stonehaven beach sits within the harbour town of Stonehaven midway between Aberdeen in the north and Montrose in the south. The beach is within a half-moon bay and has all the facilities you expect of a town beach. Read more… 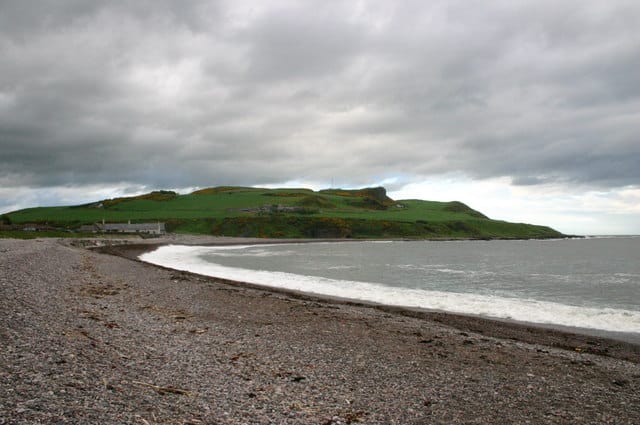 12.72 km
Inverbervie beach, often referred to as Bervie beach sits within Bervie Bay. The beach is a pebble and shingle beach that has a steep bank and at the northern point, the River Bervie passes through the beach to join the North Sea. The beach and River Bervie are popular fishing locations. Facilities at the beach include car parking, picnic tables, with food and shops in Read more…

1.68 km
The Stonehaven Tolbooth is a late 16th-century stone building originally used as a courthouse and a prison. Now hosts a museum that has a number of artefacts associated with Stonehaven’s heritage. Read more… 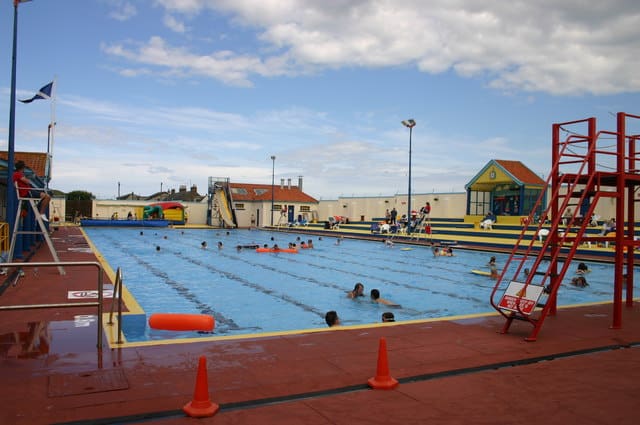