White Park Bay is a brilliant family sandy beach ideal for sandcastles, picnics, lazing in the sun and walks.

White Park Bay beach is backed by ancient dunes, declared area of scientific interest that provide a range of rich habitats for bird and animal life. When on the beach you will be surprised by the beauty of this North Antrim coast, and as the beach is large you’ll never find it too busy.

White Park Bay was one of the earliest settlements in Ireland and evidence of these Neolithic settlers are continually being exposed on the raised beach and sand dune system. It is known that the manufacturing and exporting of axes and arrow heads took place from here, the limestone cliffs being a rich source of flint nodules. Three passage tombs stand on the high points of surrounding hills overlooking the bay, the most striking being the dolmen known as the Druid’s Altar which was placed on the highest point above the bay.

At one end of this beautiful sweeping bay, sheltered below the cliffs is the small fishing hamlet of Portbraddon and at the other end Ballintoy harbour.

White Park Bay was donated to The National Trust by the Youth Hostel Association of Northern Ireland in 1938 and is among the most painted and photographed scenes in Northern Ireland.

We have no current information on dog restrictions for White Park Bay Beach.

Why not check other beaches nearby as we have one beach around Ballintoy, 13 beaches in Antrim, or check our list of Antrim Dog Friendly Beaches.

Ballintoy weather forecast from Yr, delivered by the Norwegian Meteorological Institute and NRK 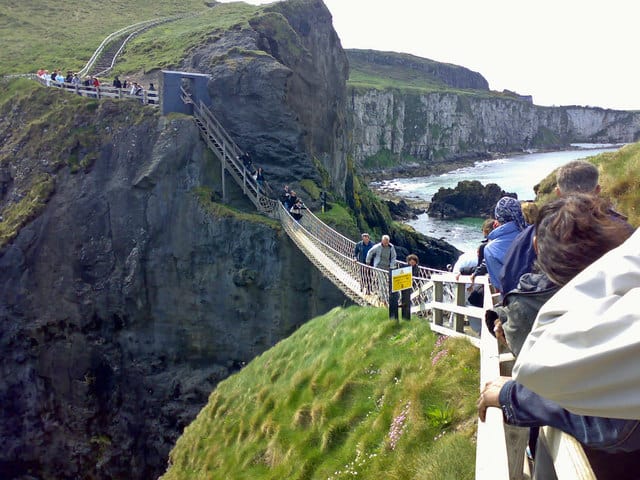