The Giant’s Causeway is a natural rock formation created by cooling lava millions of years ago.The causeway is located about 3 km (1.8 miles) north of the town of Bushmills along the North Atlantic coast of County Antrim, Northern Ireland.

This is Northern Ireland’s only World Heritage site and a spectacular natural phenomenon with over 40,000 interlocking columns of basalt. The tops of the columns form stepping stones that lead from the cliff foot and disappear into the sea, that is also the inspiration for legends of giants striding over the sea to Scotland. Most of the columns are hexagonal, however, there are some with four, five, seven and eight sides. The tallest are about 12 metres (39 ft) high, and the solidified lava in the cliffs is 28 metres (91 feet) thick in places. 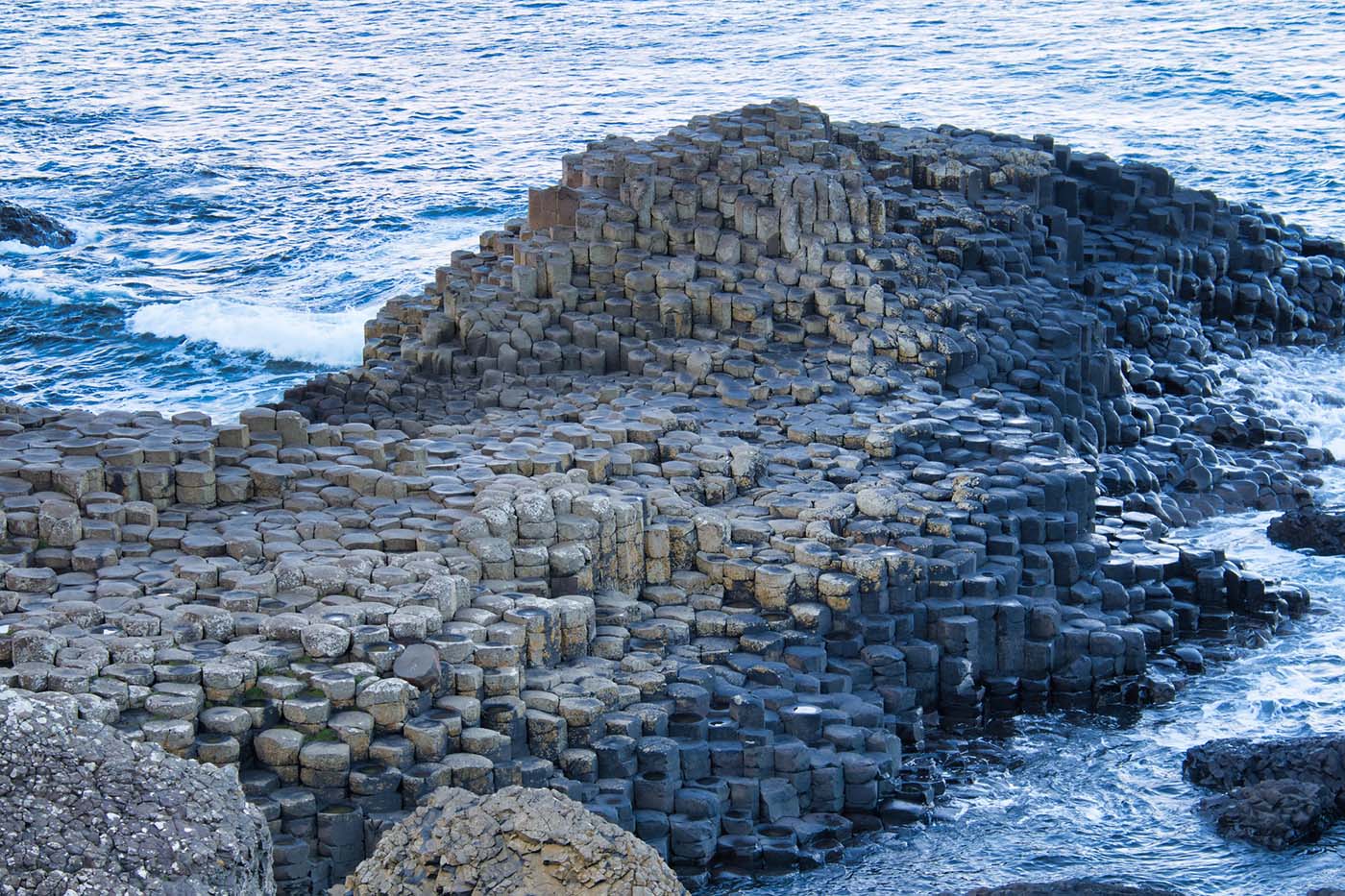 3.02 km
Runkerry Strand beach, also known as Bushfoot Strand and Blackrock Strand, is 1.2 km long with a general north-east/south-west shoreline except at the north-east end where it swings north to Runkerry Head. The river Bush enters the bay at the south-west corner. The beach is backed by sand dunes. Runkerry is one of the best surfing beaches in the UK, Read more…

4.74 km
Bushmills Irish Whiskey is made at the world’s oldest licenced working distillery in County Antrim, Northern Ireland, on the beautiful North Coast. Experience the rich aromas and full-bodied flavours of Ireland’s oldest working distillery (1608) by pre-booking one of our tutored tasting events. Choose from several options ranging from a virtual tour to an hour-long run-through of our exclusive brands Read more…

6.03 km
Dunluce Castle is a now-ruined medieval castle. It is located on the edge of a basalt outcropping in County Antrim (between Portballintrae and Portrush), and is accessible via a bridge connecting it to the mainland. The castle is surrounded by extremely steep drops on either side, which may have been an important factor to the early Christians and Vikings who Read more…