Carrick Castle dates back to the 12th Century and sits up high on a rocky outcrop on the shores of Loch Goil in Argyll.

You can walk there if you’re feeling fit taking the route through Argyll Forest. It is believed that this is the third fortress to be built on the site with the first being a Viking fort and the second a castle. In the 13th Century the land here was owned by the Campbell Earls of Argyll and it could well have been they who built the rectangular tower house in the 1400’s. This was a Campbell stronghold for three centuries and visited by Mary, Queen of Scots and destroyed by fire in 1685.

The castle is now owned by Alex Fleming and is under restoration. Even so, the ruins are well worth a visit. There are two storeys above the great hall with its walls seven feet thick and many other odd characteristics to see like the chimney in the window recess! 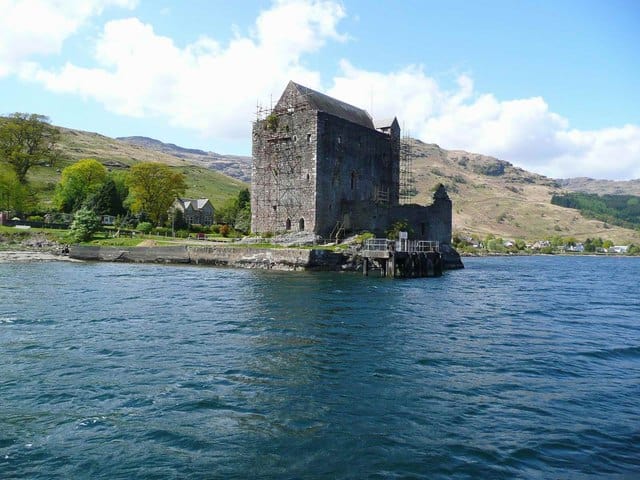 Lochgoilhead weather forecast from Yr, delivered by the Norwegian Meteorological Institute and NRK