Castell Henllys is an archaeological site of an Iron Age hillfort near Cardigan in North Pembrokeshire.

Step back in time, to around 600 BC, and experience life as an Iron Age Celt – you can even grind flour for making bread as they used to!

For the last 20 years, the site has been used as an exercise in reconstruction archaeology. Experiments in prehistoric farming have taken place and four roundhouses and a granary have been reconstructed from their Iron Age foundations.

Owned by the Pembrokeshire Coast National Park, Castell Henllys is a popular attraction and is open to the public all year round. 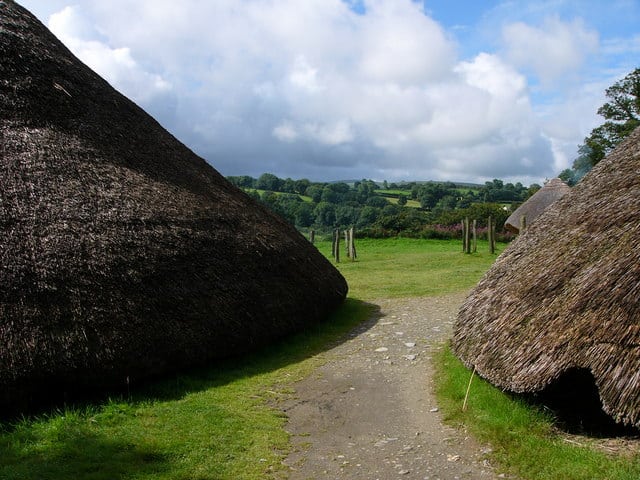 Cardigan weather forecast from Yr, delivered by the Norwegian Meteorological Institute and NRK 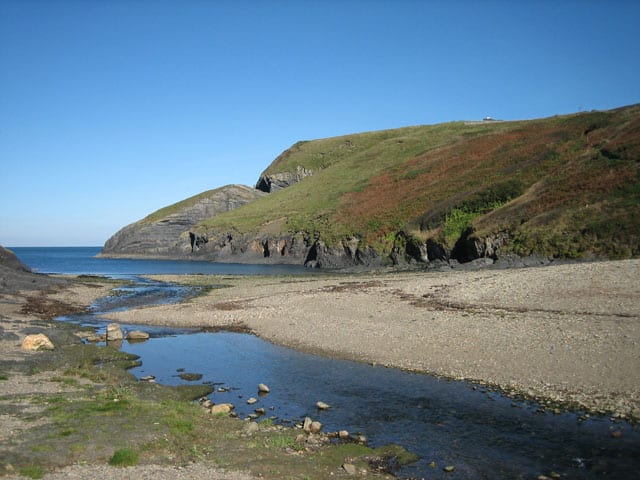 6.69 km
Ceibwr Bay beach is a beautiful bay and starts a wild section of the Pembrokeshire Coastal Park. Most of this area is high cliffs and the cove at Ceibwr is a rare sight. The beach is a small stony beach beside a stream that joins the Irsh Sea within the cove. Read more…

10.49 km
Patch beach is a small sandy beach located on the North shore of the Teifi Estuary. The beach faces into the river rather than outwards towards the sea. making the beach not suitable for swimming due to the strong river currents. We would recommend Poppit Sands beach on the west side more suitable for a traditional beach visit. Facilities include Read more… 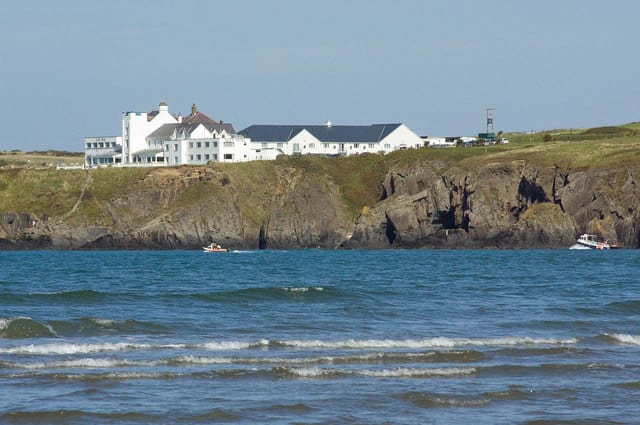 11.69 km
Gwbert-on-Sea is a small cliff top coastal hamlet and is within the Ceredigion Heritage Coast located just a few miles North of Cardigan. This stretch of coast has a few small sand/rocky beaches that can be accessed from the coast path along the cliff top and rocky headland. Limited parking with just a small area south of the village. Access Read more… 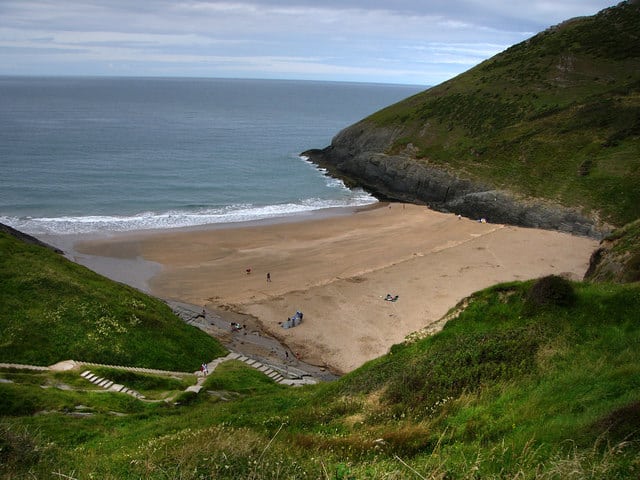 14.95 km
Mwnt beach is a secluded sandy bay situated within Cardigan Bay and looks out onto the Irish Sea. The beach is owned and maintained by the National Trust. Mwnt gets its name from the steep conical hill, which is a landmark of Cardigan Bay. From the clifftop walks you may get to see Bottlenosed Dolphins, Seals and Porpoise. Facilities include small Read more…

8.25 km
St Dogmael’s Abbey is a ruined 12th century abbey in St Dogmael’s, near Cardigan in Pembrokeshire. Founded in 1115 by Robert fitz Martin and his wife, Maud Peverel, for monks from the Tironensian (Benedictine) Order, what remains of the abbey today are large parts of the exterior walls and arches. The Coach House Heritage Centre lies adjacent to the abbey Read more… 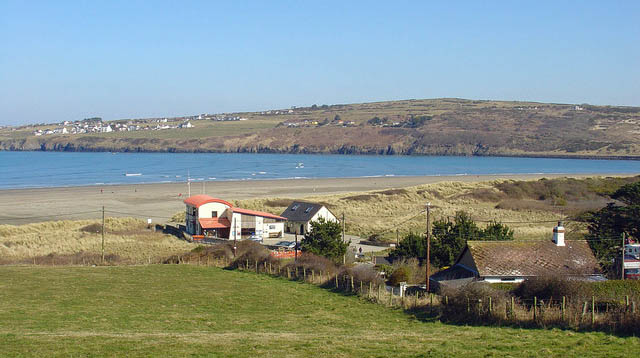 Some more seaside locations in Ceredigion