Chester Zoo is a zoological garden at Upton by Chester, in Cheshire. Chester Zoo was opened in 1931 by George Mottershead and his family and it is one of the UK’s largest zoos.

The zoo has 15,000 animals spread out over 125 acres of award-winning zoological gardens. 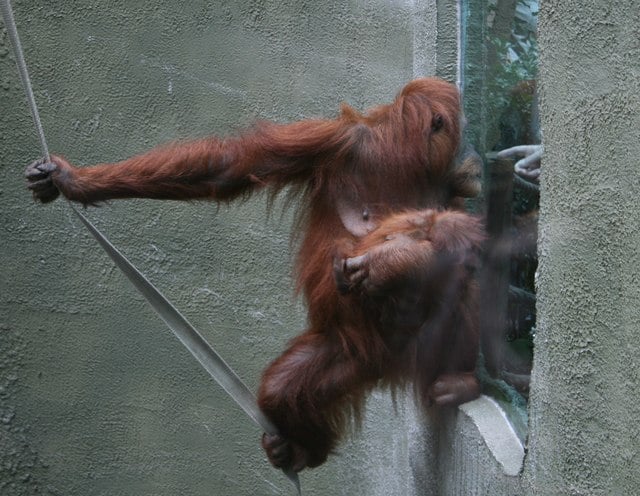 3.79 km
The Square Bottle is a Wetherspoon pub in Chester, Cheshire. Our pub offers a range of real ales, craft beers and freshly ground Lavazza coffee. Breakfast is served until noon, with our full food menu available until 11 pm.     Read more… 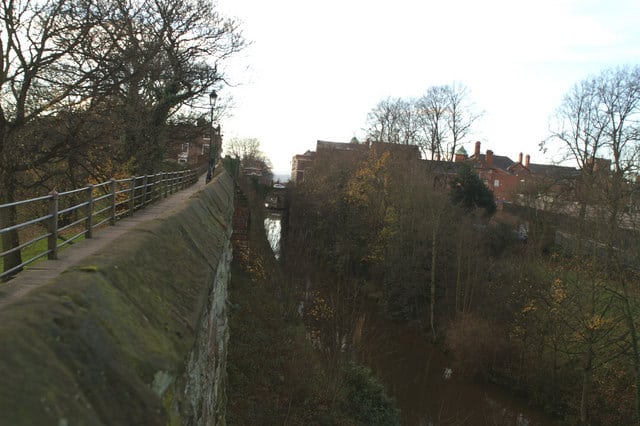 3.66 km
Chester City Walls consist of a defensive structure built to protect the city with their construction being started by the Romans when they established the fortress of Deva Victrix between 70 and 80 AD. Today the Chester city walls are a major tourist attraction for visitors to the city and form an almost complete circuit of the city as it Read more… 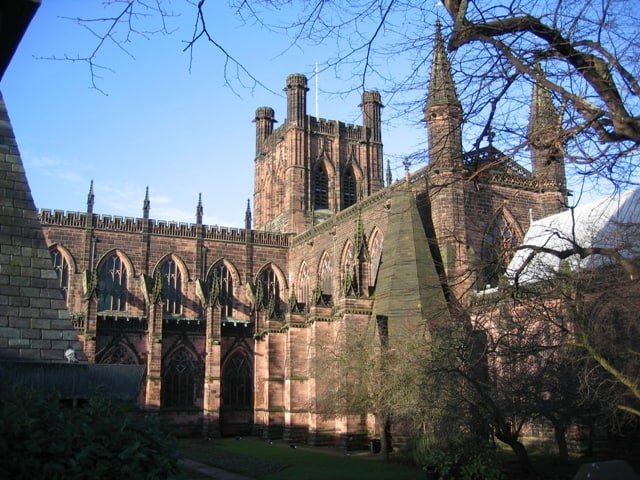 3.85 km
Chester Cathedral was founded as a Benedictine abbey in 1092 and dedicated to Christ and the Blessed Virgin Mary, The original church was built in the Romanesque or Norman style, parts of which can still be seen today. This church was subsequently rebuilt from around 1250 onward in the Gothic style and is what can be seen today. Read more… 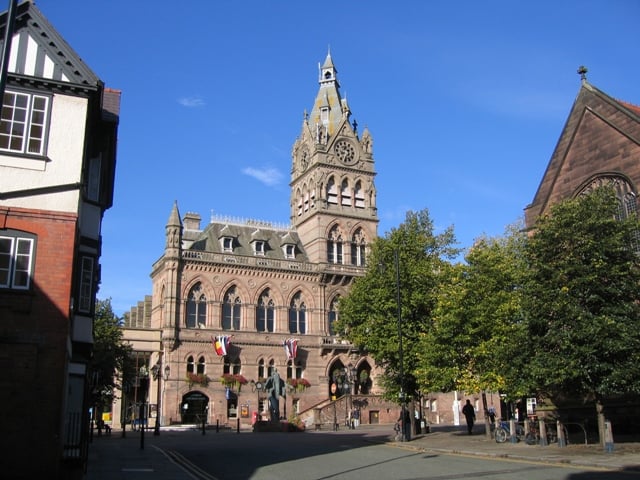 3.88 km
The Town Hall is a listed building and built in banded pink and buff sandstone with a grey-green slate roof. The building is open on weekdays to the public when events are not being held, also run monthly tours and have annual open days. Today the council don’t use the building but it can be hired for functions and weddings. Read more… 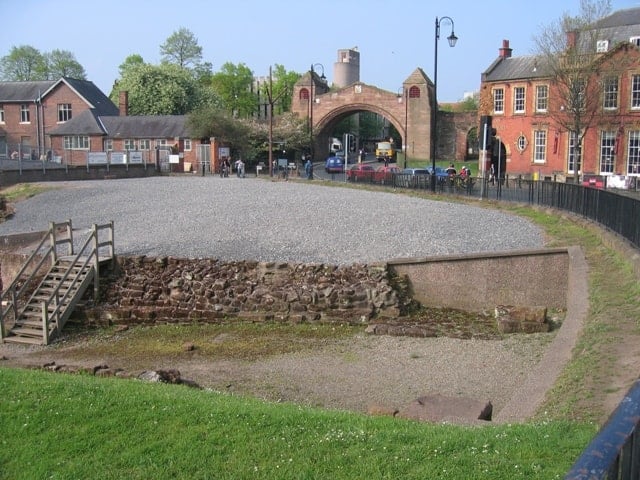 4.06 km
The Roman amphitheatre at Chester was the largest in Britain and dates from the 1st century when the Roman fort of Deva Victrix was founded. The amphitheatre was used for entertainment and military training. It is believed there have been two stone-built amphitheatres on the site. The first was a simple structure whilst the second later one consisted of a 40 Read more…