Where is Rushy Bay Beach?
Loading...
No Records Found 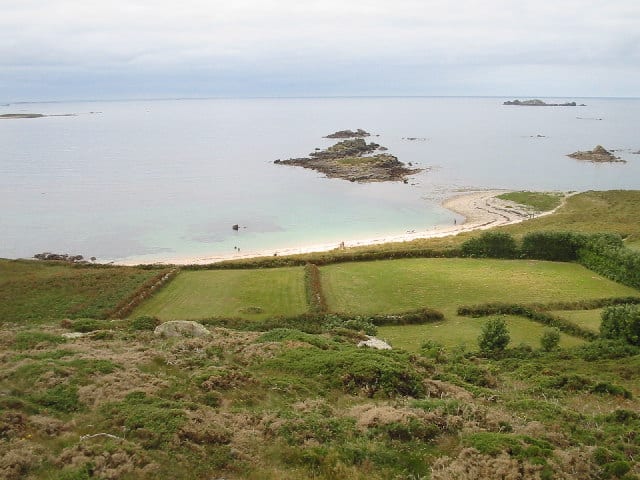 Rushy Bay beach is white sandy and on the southern tip of Bryher. Bryher is the smallest of the five inhabited islands of the Isles of Scilly.

Looking out to sea and you have the Samson and Puffin Islands, while to the east, over Hangman Island, is Tresco.

We have no dog information for Rushy Bay beach.

We have no current information on dog restrictions for Rushy Bay Beach.

Why not check other beaches nearby as we have 18 beaches around Isles of Scilly, 215 beaches in Cornwall, or check our list of Cornwall Dog Friendly Beaches. 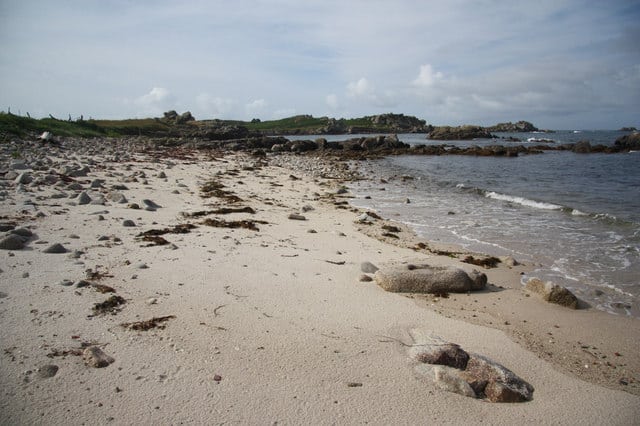 19 metres
Great Par Beach is a semi-circular sandy beach with some rocks on the west coast of Bryher and is also sometimes referred to as Great Porth after the bay. The beach is more rugged than the calmer eastern coast and this is just about as west as you can go in England, with the exception of some of the rocky islands Read more… 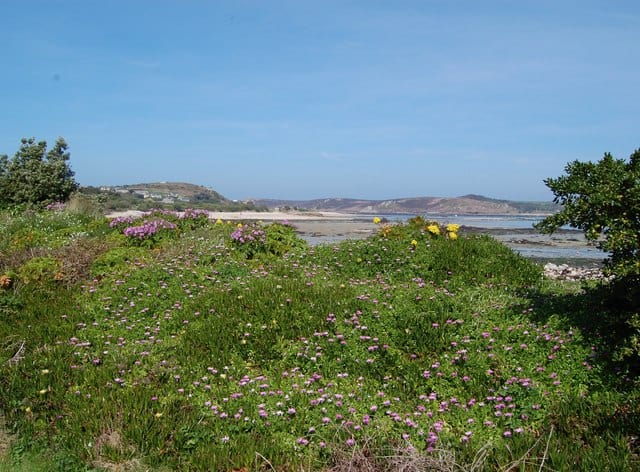 0.41 km
Green Bay beach is a sandy beach backed by trees and shrub. The bay sits on the east of Bryher overlooking the channel to Tresco, which provides it calm waters. The beach has no facilities. Share: Read more… 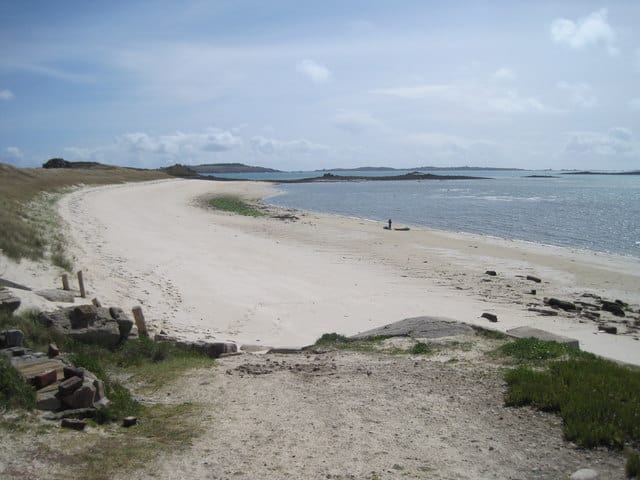 1.71 km
Appletree Bay beach is approximately 1 km of fine white sand backed by sand dunes that look out over the Tresco Flats towards Bryher and Samson. The beach has no facilities. Share: Read more… 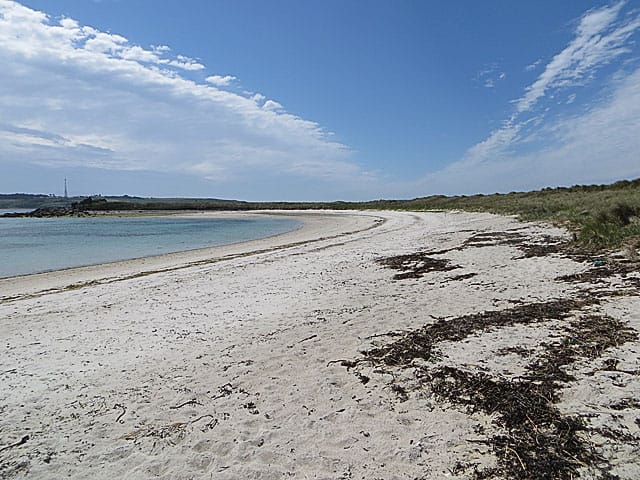 2.51 km
Pentle Bay Beach is an unspoilt white sandy beach on the southeast of Tresco. The beach has no facilities. Share: Read more… 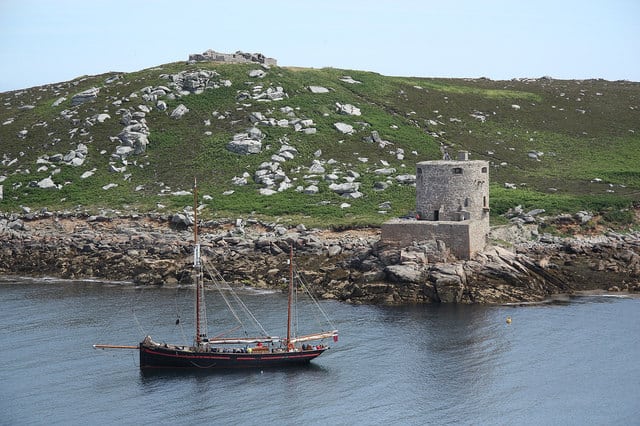 1.56 km
Cromwell’s Castle guards the anchorage between Bryher and Tresco. The castle has a round tower and is one of the few surviving Cromwellian fortifications in Britain, built after the conquest of the Royalist Scillies in 1651. Share: Read more… 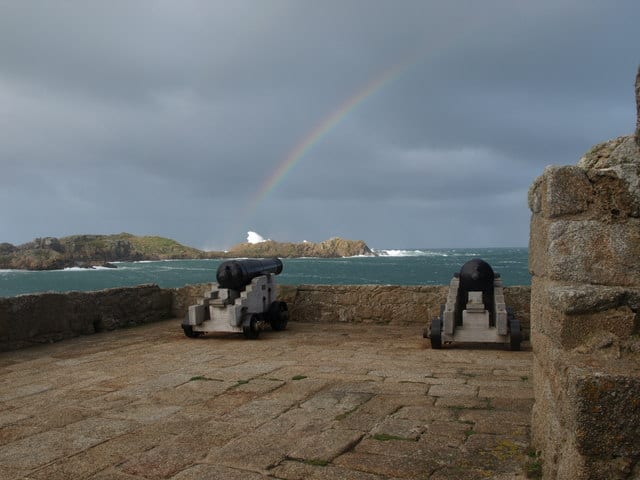 1.7 km
King Charles’s Castle is a ruined artillery fort on Tresco built between 1548 and 1551 to protect the Isles of Scilly from French attack. A semi-hexagonal structure to provide a wide field of fire and two-storey to give at least two tiers of guns. The domestic quarters for the garrison were at the rear. Share: Read more… 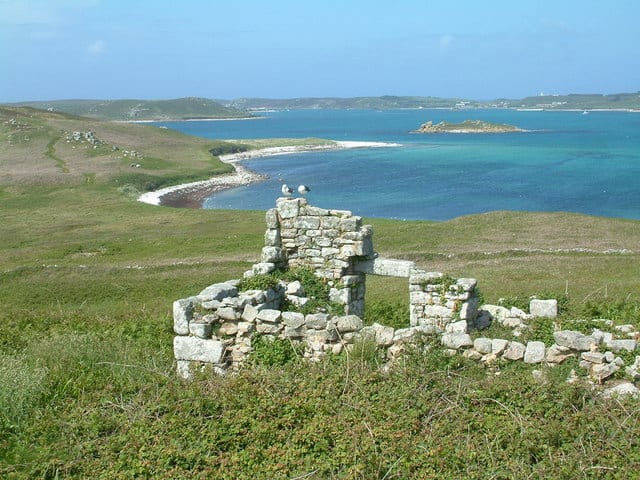 1.77 km
Samson is the largest uninhabited island in the Isles of Scilly that has some former stone cottages used when it was inhabited until 1855. Samson has two hills simply known as the North Hill and the South Hill and some good sandy beaches. The island, along with the nearby islands of Green Island, Puffin Island, Stony Island, and White Island was designated Read more… 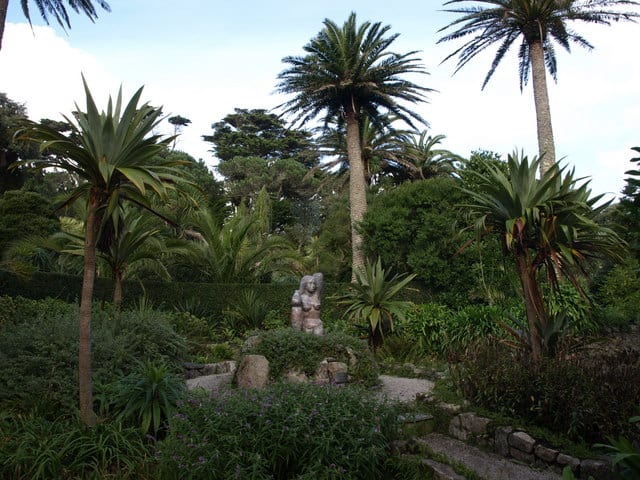 1.82 km
Tresco Abbey Gardens are located over 17 acres on the island of Tresco in the Isles of Scilly. The gardens were established in the nineteenth-century by Augustus Smith. At the entrance to the garden is the Visitor Centre with a gift shop, a cafeteria and a history room. Share: Read more…