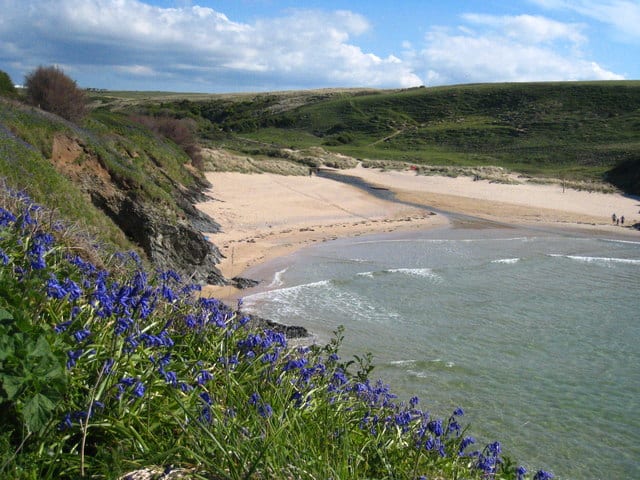 Porth Joke is a great north-west facing narrow cove with a sandy beach, rock pools and caves. Often less busy than other local beaches but partly due to no facilities.

Porth Joke is a hidden gem, tucked away between Crantock and Holywell Bay on the North Cornish coast near the popular town of Newquay. It’s name is derived from the Cornish word ‘Pol Lejouack’ meaning Jackdaw Cove. Porth Joke is a National Trust beach and there are two car parks within walking distance.

There are no facilities at Porth Joke, it’s as nature intended!

Porth Joke does not allow dogs between Easter to October.

Why not check other beaches nearby as we have no beaches around Newquay, 215 beaches in Cornwall, or check our list of Cornwall Dog Friendly Beaches.

Our weather forecast for Newquay in Cornwall

Our tide forecast for Porth Joke Beach in Cornwall. 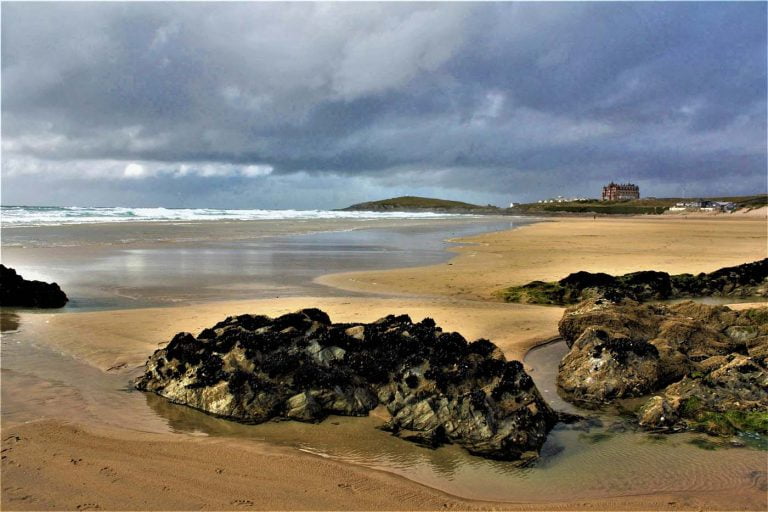 Favourite
2.98 km
Fistral Beach, Newquay is at the centre of the Cornwall surf scene and hosts major surf tournaments throughout the year. Fistral beach is one of the most consistent and best surfing beaches in the UK and Europe. Located a short wall from Newquay town centre. The beach is just around 750m long backed by sand dunes. Fistral Bay consists of Read more… 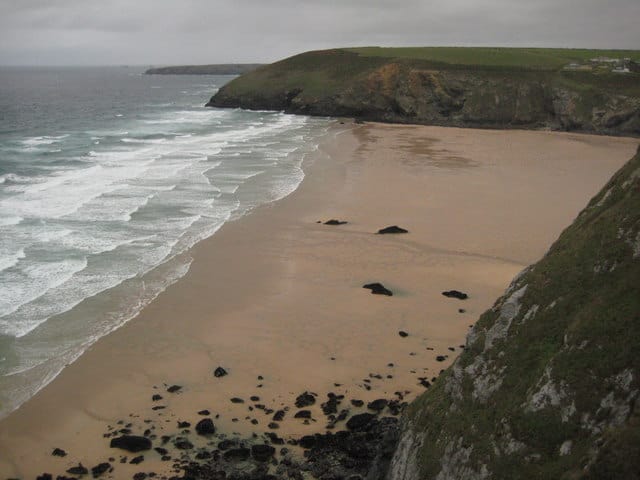 Favourite
10.3 km
Mawgan Porth beach is a wide sandy beach with sand even at high tide. Less crowded than its Newquay neighbours and more accessible than Bedruthan Steps. As the beach has golden sands and less busy than its neighbours it is ideal for families and surfing beginners. Toilets, parking, cafe and shops are close to the beach with lifeguards during the Read more… 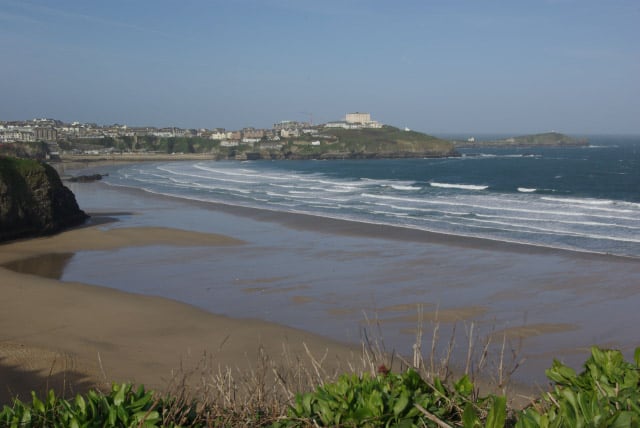 Favourite
4.77 km
Tolcarne beach is in a crescent shaped sandy bay with tropical palm trees set against a backcloth of cliffs. The Beach offers soft sand, easy swimming, surfing and rock pools to explore. A family beach; enjoy the water sports, beach games, relax in the sun or shelter in the shade of one of the beach huts. Surf: Consistent surf and Read more… 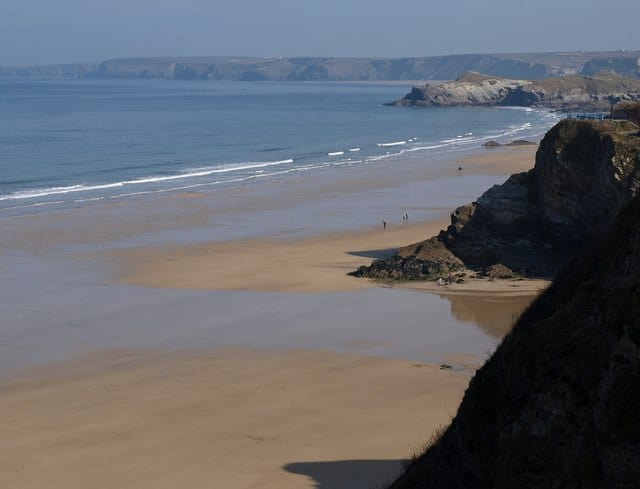 Favourite
4.42 km
Newquay’s Great Western beach is a popular family beach, comprising of several west facing sandy coves, backed by towering cliffs, sheltering it and providing early morning natural shade. The beach is popular with both families and surfers and despite its close proximity to Newquay town centre, is quieter than some of the other Newquay beaches. It is also possible to Read more… 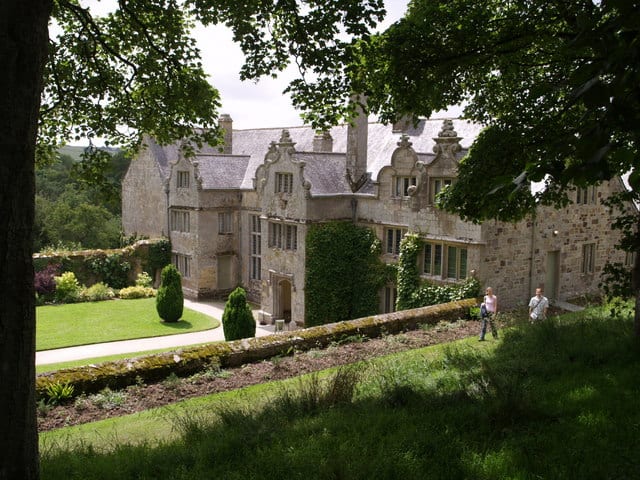 Favourite
7.15 km
Trerice House, an Elizabethan manor house built in 1570s. The house is well preserved with fine interiors whilst the garden includes orchards. Managed by the National Trust and the Barn restaurant offers morning coffee, freshly made lunches, a delicious selection of cakes. Read more… 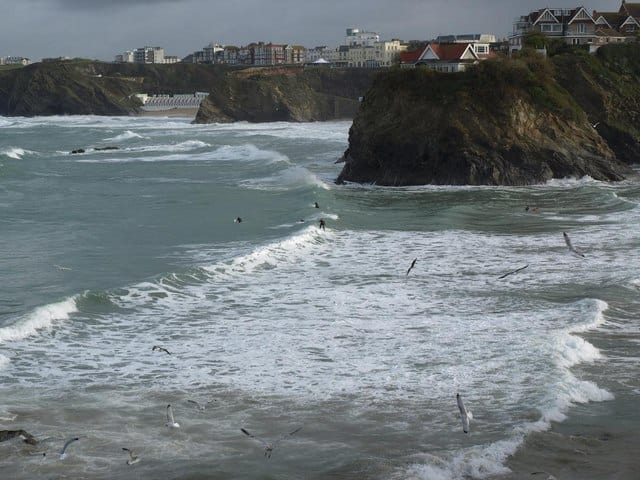 Favourite
4.01 km
Towan beach is a good sized sheltered sandy beach adjacent to the quay with rocks to explore. The beach is the closest to the town centre and is often referred to as “Town Beach”. The proximity to the town and the level access, makes it very busy during the summer. The beach has a small, sea filled swimming pool for Read more…

Favourite
7.77 km
Watergate Bay in Newquay has a two mile stretch of sandy beach at low tide. An action packed beach with excellent facilities and beachside restaurants including Jamie Oliver inspired FIFTEEN Cornwall and The Beach Hut. For surfers, Watergate Bay is a good beach for all experience levels including novices with a mid-high tide sandy beach break (left and rights). SE Read more… 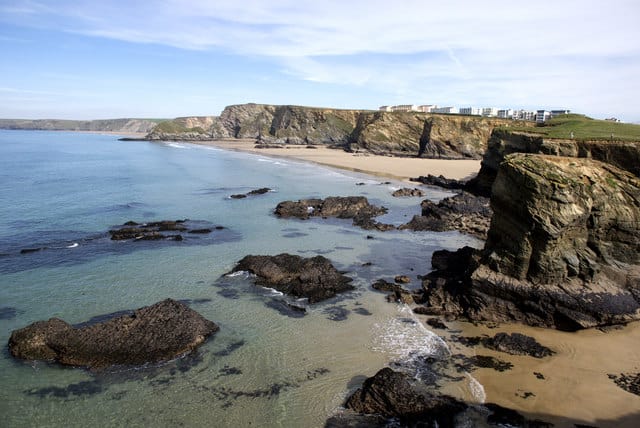 Favourite
6.41 km
Whipsiderry beach, sandy sheltered cove situated to the North of Porth beach this is one of the hidden beaches of Newquay. Due to limited parking it never gets busy even in the high season. At high tide no beach and be careful you don’t get cut off as the tide rises. On the outskirts of Newquay with a 30 minute walk Read more… 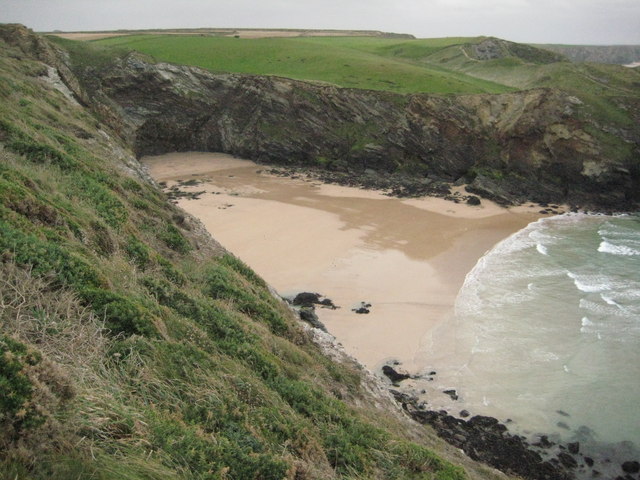 Favourite
9.42 km
Beacon Cove is a sandy beach that disappears at high tide. The beach is backed by high cliffs and sits between the main beaches at Watergate Bay to the South and Mawgan Porth to the North. Getting down the steep slopes is a challenge and the nearest facilities are at Mawgan Porth. We have no dog information for Beacon Cove beach. Read more… 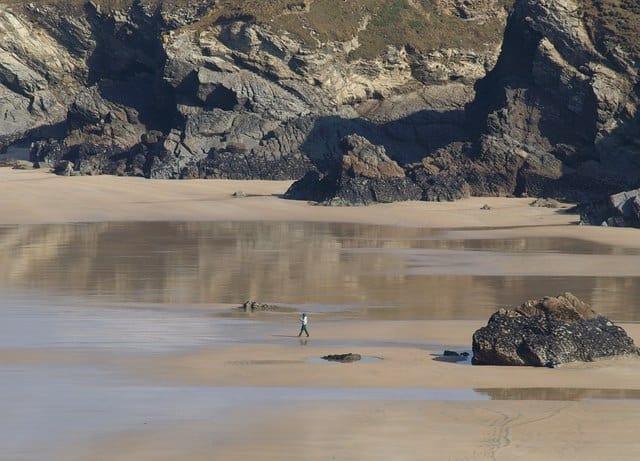 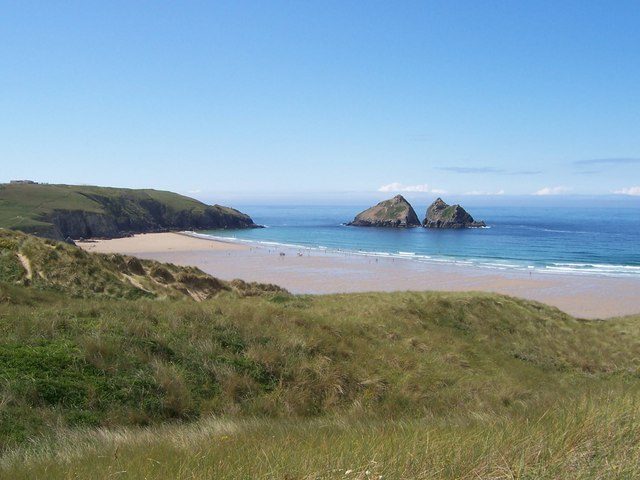 Favourite
1.21 km
Holywell Bay beach is a good mixture of sand, streams, rockpools and dunes. A popular beach with bodyboarders and surfers although undercurrents can be a problem on Holywell Bay beach. Lifeguards in the summer, toilets, shop, pub, cafe and entertainment park in the village. Read more… 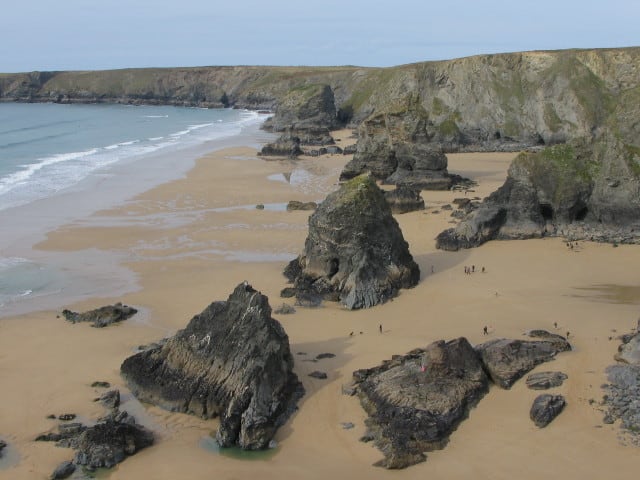 Favourite
11.78 km
At Carnewas and Bedruthan Steps Beach the coast is steep cliffs and rock scattered sandy beaches. Starting at Carnewas Point the beach winds around the craggy rocks for approximately 1 mile. Carnewas and Bedruthan Steps has spectacular coastal erosion that has worn back the cliff face leaving huge outcrops of volcanic rock scattered along the length of the beach. These towering rocks are surrounded Read more…