At the end of Berry Head, beyond the coastguard station, is the lighthouse, which forms part of the chain of south coast beacons. The lighthouse, which was built in 1906, was converted to unwatched acetylene operation in 1921 and modernised and converted to mains electricity in 1994. It came to be known as the smallest, highest and deepest light in the British Isles – the tower is diminutive, requiring no further elevation than that given by the headland itself, and the optic was originally turned by the action of a weight falling down a 45m deep shaft, now made redundant by a small motor.

Brixham weather forecast from Yr, delivered by the Norwegian Meteorological Institute and NRK

2.36 km
The Vigilance is a Wetherspoon pub in Brixham, Devon. Our pub offers a range of real ales, craft beers and freshly ground Lavazza coffee. Breakfast is served until noon, with our full food menu available until 11 pm. Share: Read more… 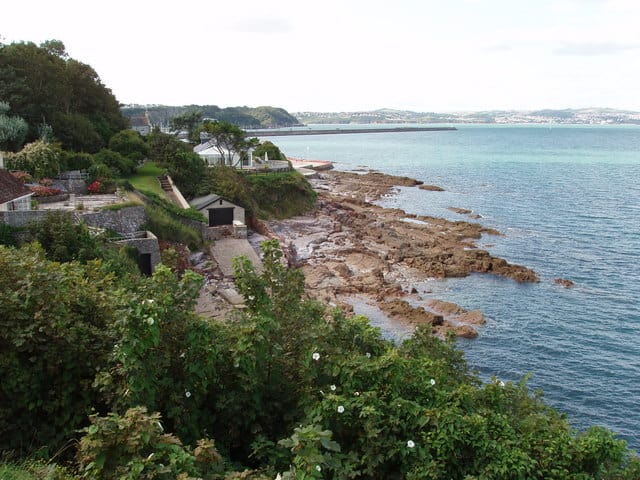 1 km
Shoalstone beach is a small shingle and rocky beach adjacent to Brixham’s outdoor seawater swimming pool. There is easy access to the promenade surrounding the beach and pool, with a cafe and superb views across the bay. Small pay and display car park, cafe/Refreshments, toilets (summer only), deckchair/sunbed hire, Outdoor seawater swimming pool. We have no dog information for Shoalstone beach. Share: Read more… 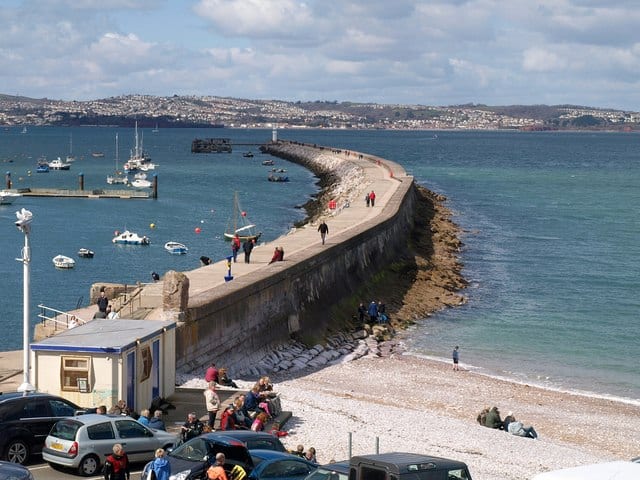 1.44 km
Breakwater beach is a small shingle beach by the Brixham harbour breakwater. This beach is close to all the facilities of the town and harbour. Parking Beach shop Café/restaurant Toilets Slipway Breakwater/pier   Share: Read more… 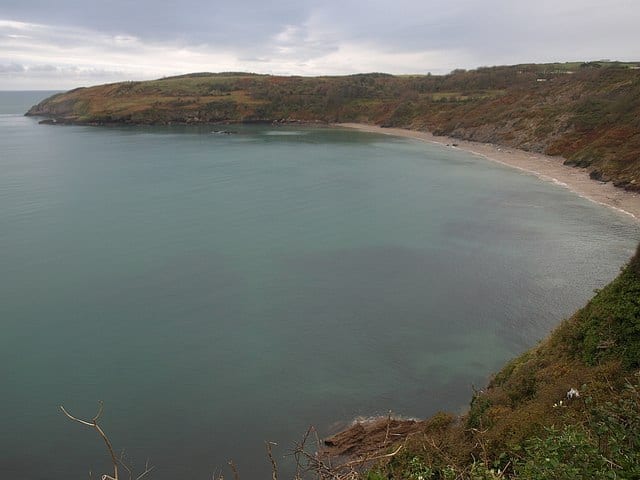 2.12 km
St Marys Bay beach is a secluded sand and shingle beach with interesting rock formations and surrounding cliffs. Operated by the Torbay Coast & Countryside Trust. Access is a little difficult down a path with steep steps but well worth the effort with a sandy stretch of beach at the bottom of the cliffs. The coastal path above the beach Read more… 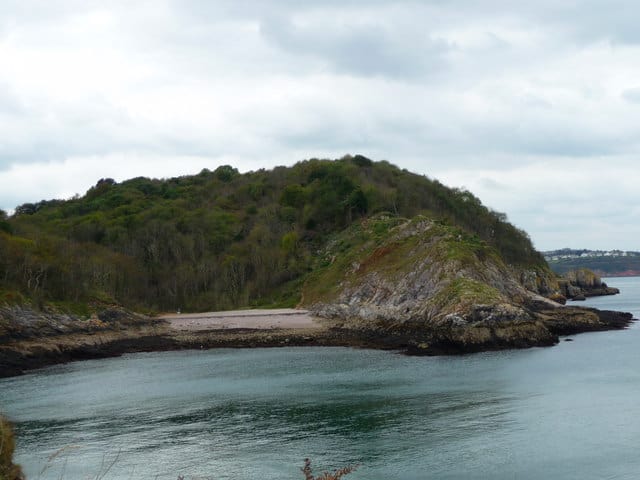 2.8 km
Churston Cove is a small shingle beach surrounded by cliffs and woods. No facilities access along part of the coastal path from the car park area and then down a steep path to the beach. Share: Read more… 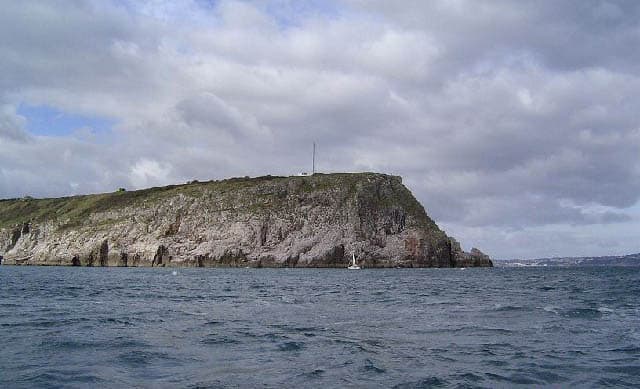 0.13 km
Berry Head, designated as an area of outstanding natural beauty, is an extensive limestone headland. The near-perpendicular cliffs rise 60m and the constant action of the waves has gouged out huge caverns. The plateau is green with plants, some of which are rare: pink thrift, white sea campion, autumn squill, wild rock rose, goldilocks and honewort. The rocks and cliffs Read more… 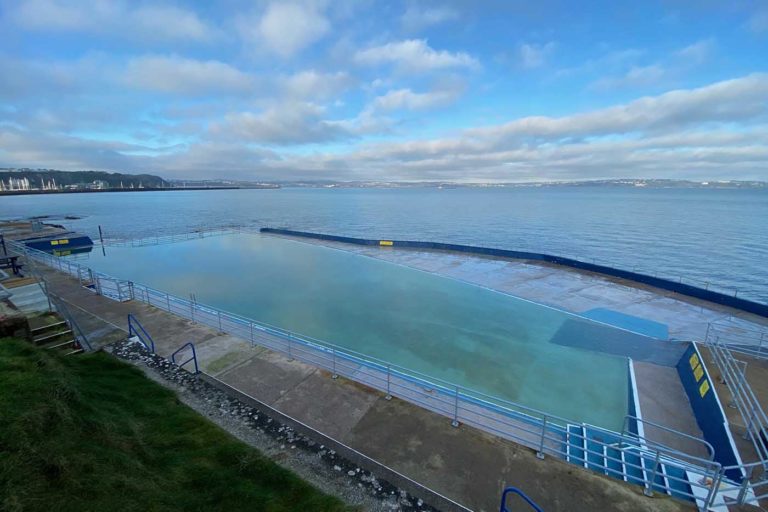 1.07 km
The Shoalstone Outdoor Pool is located on the Berry Head peninsular on the South Devon coast. An open-air 53m sea-water swimming pool built into a natural rock pool that in Victorian times was popular for bathing. Shoalstone Pool is supervised by lifeguards from 10 am to 6 pm every day throughout the summer months (May to September). Poolside facilities include Read more… 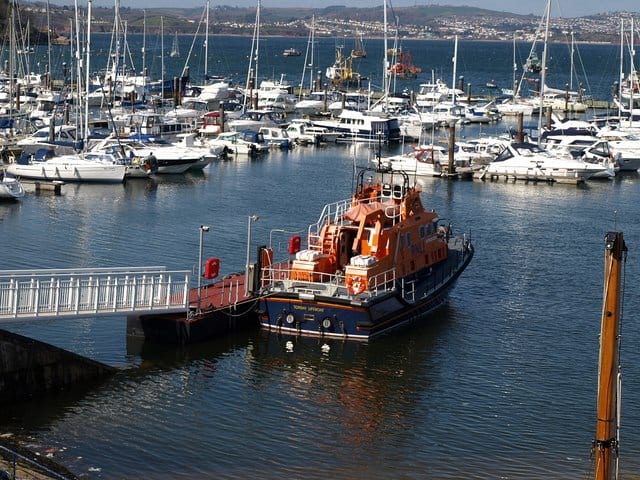 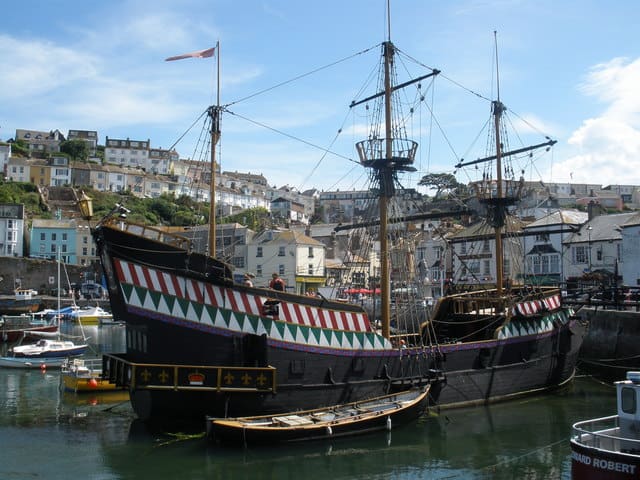 2.09 km
The Golden Hind at Brixham is a full sized replica of one of the most iconic ships from the age of exploration being a feature of this picturesque harbour since 1964. There’s so much to see and explore above and below its five decks, with many hands on exhibits giving the visitor of all ages a wonderful insight to the Read more…