Initially proposed by Sir Stafford Northcote as a practical memorial to Prince Albert, an appeal fund was launched in 1861 and the first phases of the building were completed by 1868. The Devon and Exeter Albert Memorial, as it was originally known, provided an integrated museum, art gallery, library, reading room, school of art and school of science in the manner long advocated by Prince Albert.

In 1899 York Wing was opened by the Duke and Duchess of York, later King George V and Queen Mary, and at the same time the title of Royal Albert Memorial was granted.

Extracts of this article taken from wikipedia.

Exeter weather forecast from Yr, delivered by the Norwegian Meteorological Institute and NRK

0.32 km
The Imperial is a Wetherspoon pub in Exeter, Devon. Our pub offers a range of real ales, craft beers and freshly ground Lavazza coffee. Breakfast is served until noon, with our full food menu available until 11 pm.     Share: Read more…

1.38 km
The Sawyer’s Arms is a Wetherspoon pub in Exeter, Devon. Our pub offers a range of real ales, craft beers and freshly ground Lavazza coffee. Breakfast is served until noon, with our full food menu available until 11 pm.     Share: Read more… 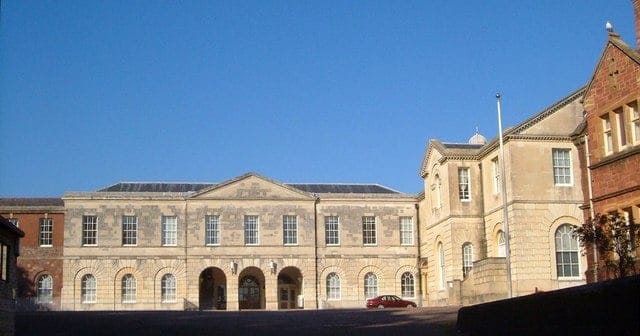 0.21 km
Rougemont Castle, also known as Exeter Castle, was first built in 1068 to help William the Conqueror maintain control over the city. It is perched on an ancient volcanic plug, overlaying remains of the Roman city of Isca Dumnoniorum. The castle is named after the red stone found in the hill, and used in the construction of the original buildings, of Read more… 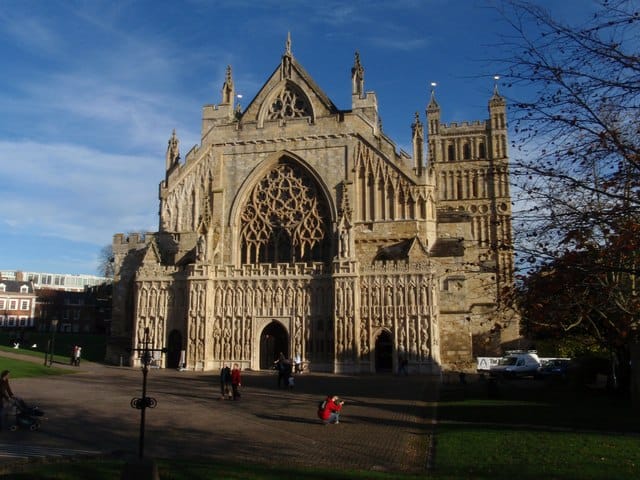 0.3 km
St. Paul’s Cathedral in Exeter is a Gothic cathedral that dominates the skyline with its two Norman towers. The facade has carvings of English kings, including William the Conqueror and Alfred. The inside has a Bishops throne and a decorated ceiling. Share: Read more…

1.07 km
The outdoor pool is located within the University of Exeter, Cornwall House on Streatham Campus. A 4 lane 25 metre outdoor swimming pool set in a large grass and patio area. Share: Read more…