Slapton Sands is a large shingle bar bordered by water on both sides, the lake behind is freshwater. This beach is exposed and is being washed away at an alarming rate.

This bar provides a good location for gentle walks including the Ley nature reserve. On a windy day watersports gather to kite surf and windsurf in the bay.

Slapton Sands was evacuated during World War II to allow raining for Operation Overlord. Operation Overlord was the code name for the Battle of Normandy, the operation that launched the invasion of German-occupied western Europe by Allied forces. The operation commenced on 6 June 1944 with the Normandy landings (commonly known as D-Day).

An American Sherman Tank stands as a memorial to Americans that died when attacked by a German E-boat whilst practising for D-Day landings.

Why not check other beaches nearby as we have 5 beaches around Stokenham, 96 beaches in Devon, or check our list of Devon Dog Friendly Beaches.

3.82 km
Beach: Beesands Beach View: Situated in the old fishing village of Beesands between Torcross and historic Hallsands with superb views across Start Bay and Beesand’s shingle beach. What’s on the menu?: Known locally as ‘The Shack’, this is a combination of a traditional fishmonger, village stores and a unique rustic BYO café. Drinks, snack, burgers and freshly caught seafood all Read more… 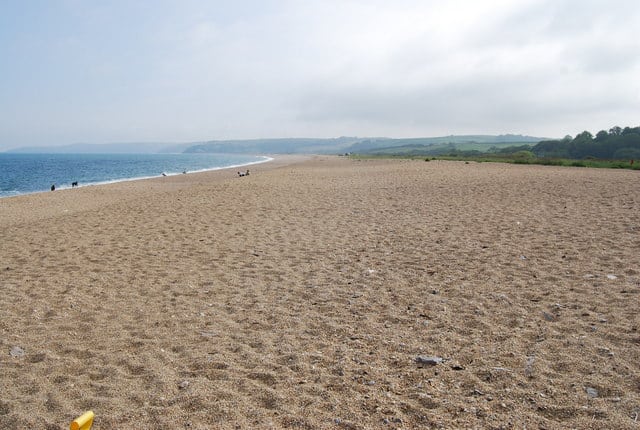 1.4 km
Strete Gate Beach is a fine shingle beach north of Slapton Sands. The beach has a car park but for other facilities, you will need to visit Torcross or Slapton Sands. Read more… 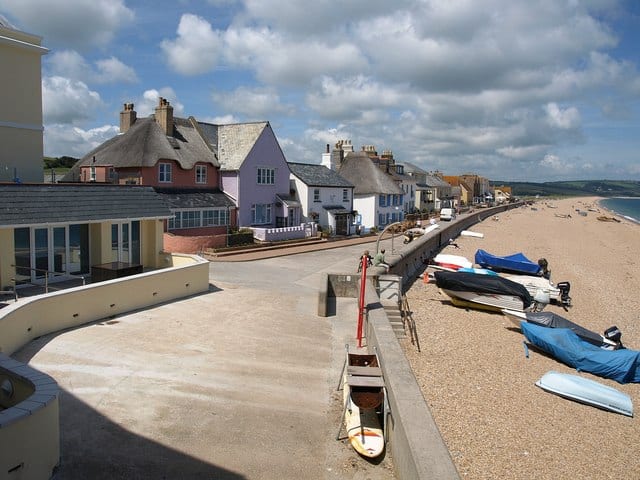 2.28 km
Torcross beach is situated at the western end of the shingle bar known as Slapton Sands which encloses Slapton Ley. This is the busiest part of the beach and is a gathering place for water sports enthusiasts and sunbathers. Slapton Ley is a freshwater lake with a rich collection of flora and birds. Torcross is on the waterfront and provides Read more…

3.66 km
Beesands is a quiet mile long shingle beach, backed by grassland and a freshwater lake. A sea wall protects the line of cottages and a pub that make up Beesands which lies behind a long shingle ridge. Behind the beach is the village green and freshwater Widdicombe Ley, both of which are important sites for wildlife. Facilities include car park, Read more… 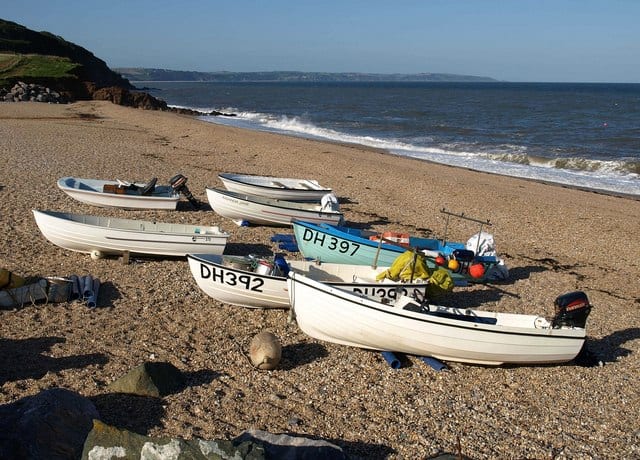 5.45 km
Hallsands is a shingle beach and a popular location with divers and fisherman. You can see (not sure for how long) the remains of the old village that was washed into the sea during a storms in the early 1900’s and abandoned in 1917. This was due to dredging the shingle beach that protected the village during the late 19th Read more…