Durdle Door beach is named after the natural arch that reaches out into the sea.

Although a popular beach this fine pebble beach is never too busy, in part due to its inaccessibility being a decent walk and steep steps down to the beach.

No facilities at the beach only a small kiosk on the hillside above the beach. The nearest car park and shops are at the Durdle Door holiday park or a longer walk from Lulworth Cove.

Why not check other beaches nearby as we have no beaches around Lulworth Area, 57 beaches in Dorset, or check our list of Dorset Dog Friendly Beaches. 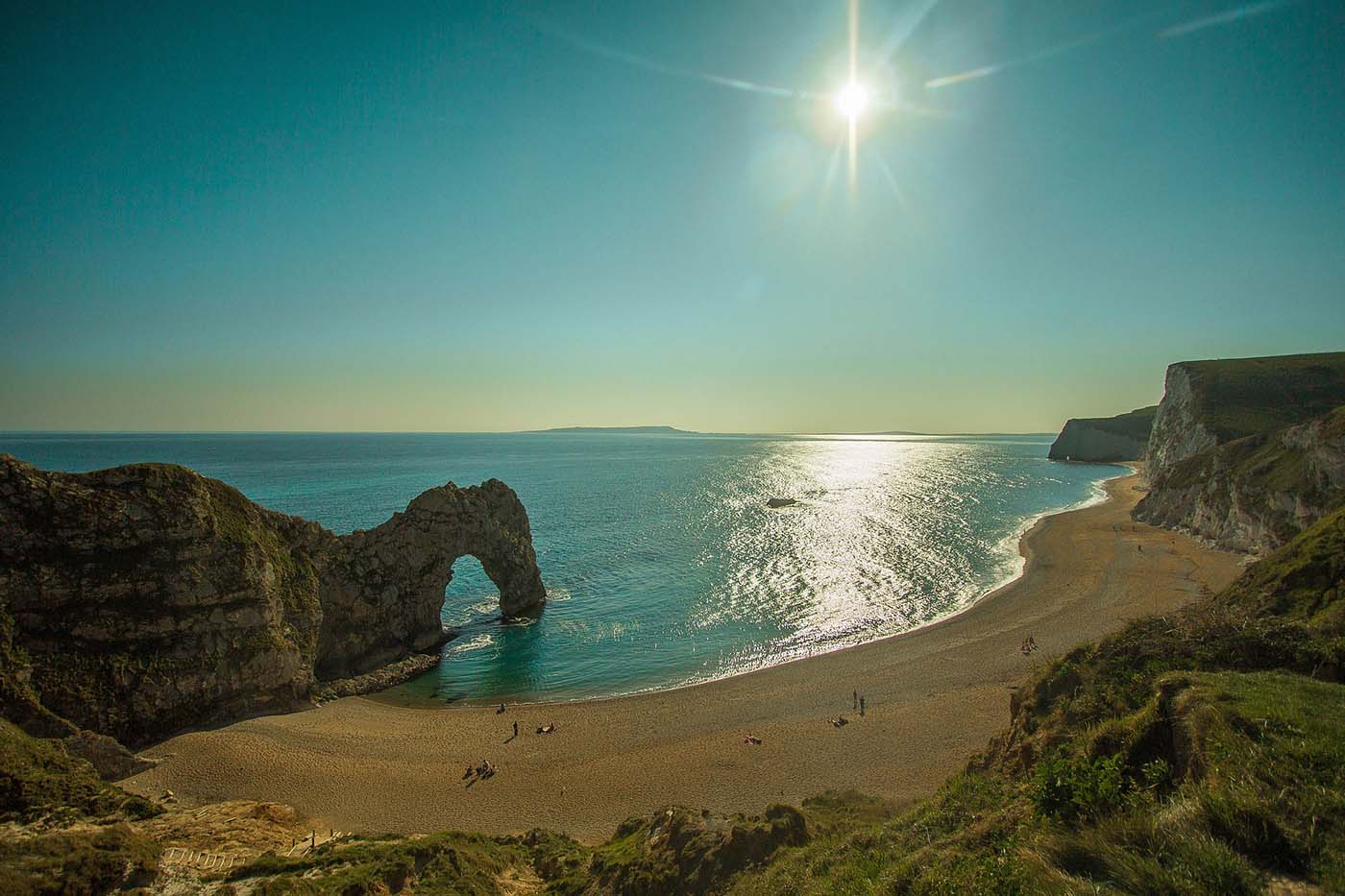 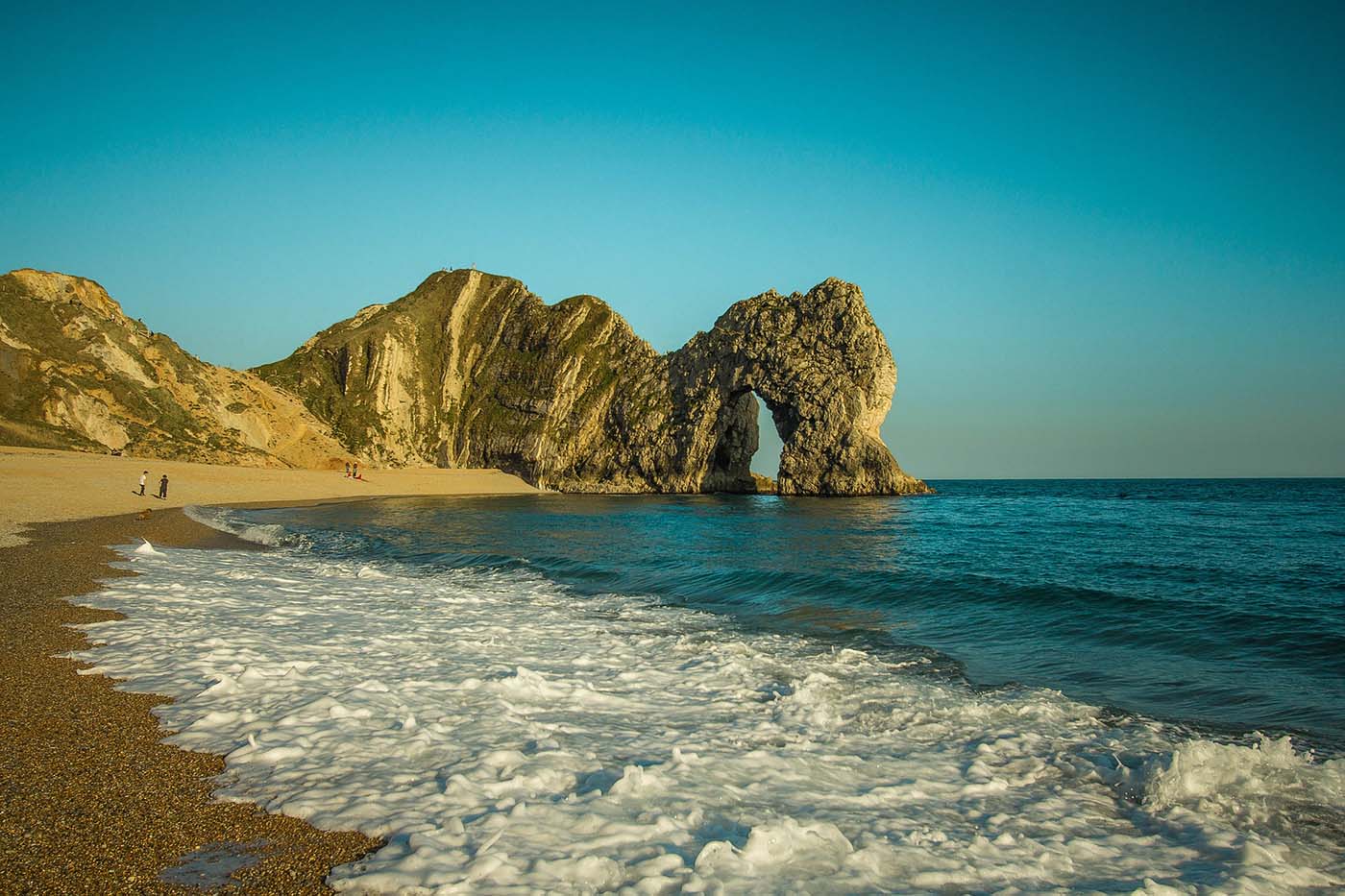 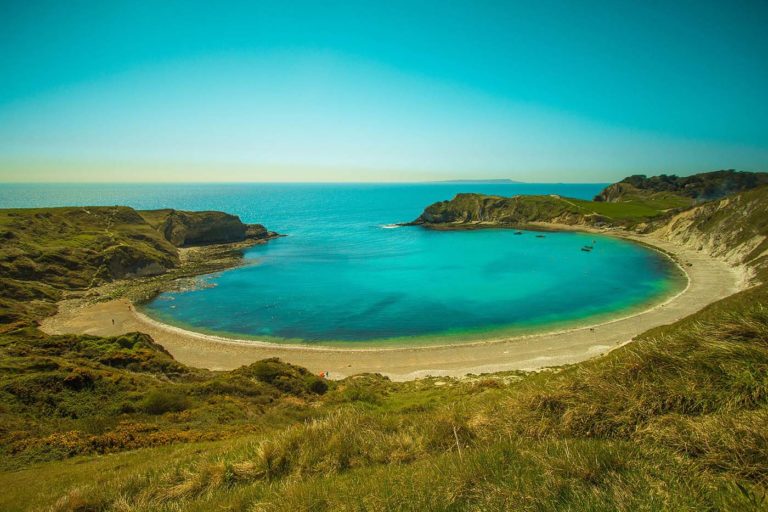 2.16 km
Lulworth Cove is within the Natural World Heritage Coastline. It has a horse shoe beach which is a mix of sand and pebbles. The cove is surrounded by high cliffs (135m, 440ft) and this area of the coast has some of the most fascinating geology in Europe. The Cove is also probably one of England’s most remarkable natural sites and Read more… 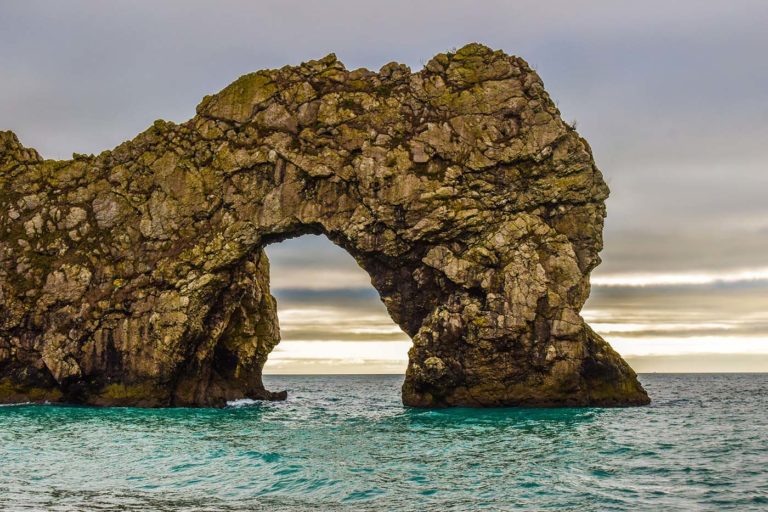 45 metres
Durdle Door is a natural limestone arch on the Jurassic Coast near Lulworth in Dorset, privately owned by the Welds, a family who own 12,000 acres (50 km2) of the Lulworth Estate. The name Durdle is derived from an Old English word ‘thirl’ meaning bore or drill. The arch has formed on a concordant coastline where bands of rock run Read more… 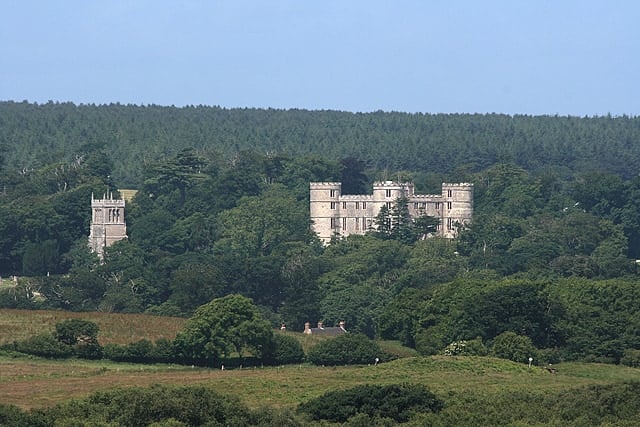 5.33 km
Lulworth castle, built in the early 17th Century as a hunting lodge, became a country house with a large estate. Part of this estate being the spectacular Lulworth Cove. Thomas Howard, 3rd Lord Bindon, built the Castle in order to entertain hunting parties for the King and Court. The Howards owned it until 1641 when it was purchased by Humphrey Read more…