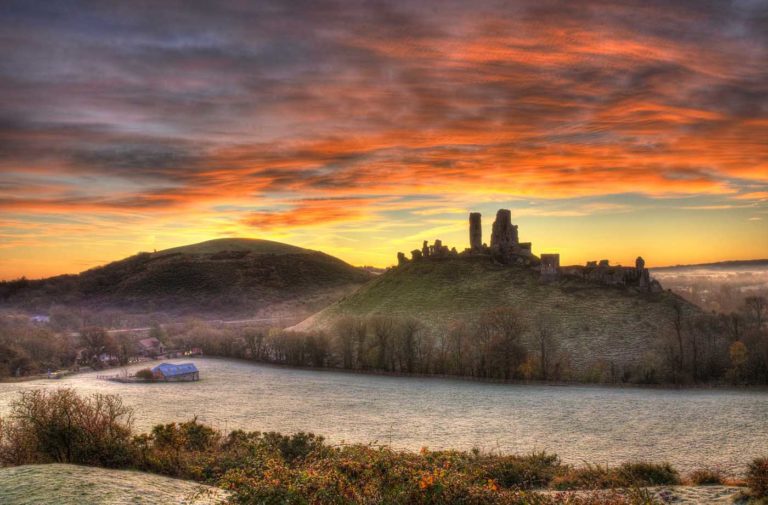 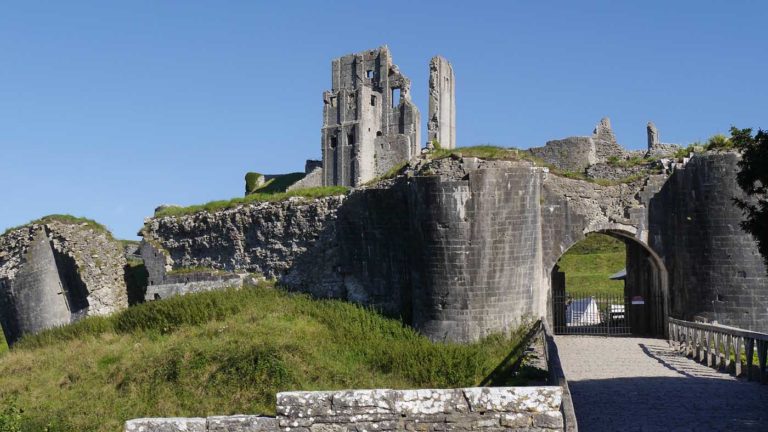 Corfe Castle once controlled the Isle of Purbeck, a thousand-year-old castle, that was destroyed during the English Civil War when Parliamentary forces sieged the castle that was only taken over after betrayal within. The wife of Sir John Bankes led the defence and gained the name ‘Brave Dame Mary’.

Corfe Castle is roughly triangular in shape and started existence in the 11th Century. The inner ward contained the castle’s keep, which was built partly on the enclosure’s curtain wall. Attached to the keep’s west face is a forebuilding containing a stair through which the tower was entered. On the south side is an extension with a guardroom and a chapel. To the east of the keep, is the ruins of a building known as the gloriette.

You then also have the remains of the west bailey, the stone wall with three towers, dating from 1202 to 1204 when it was refortified.

Facilities include a car park, information points, tea rooms, and a shop.

Swanage weather forecast from Yr, delivered by the Norwegian Meteorological Institute and NRK 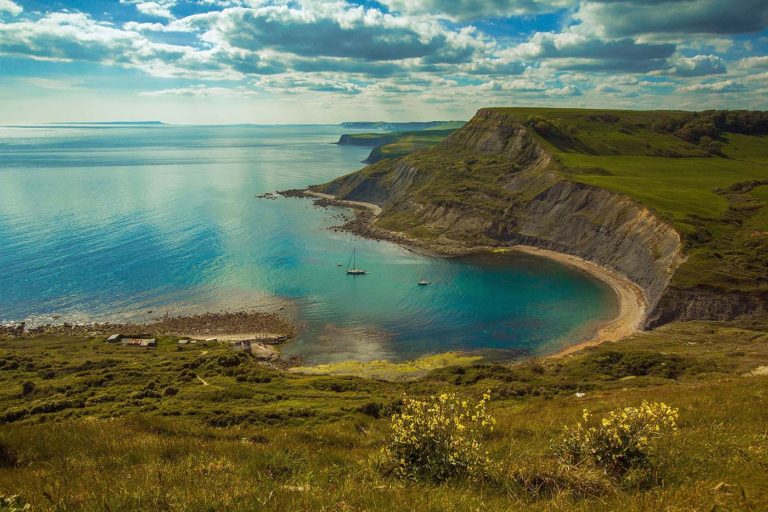 5.24 km
Chapman’s Pool is is a small cove backed by cliffs on the Isle of Purbeck near the village of Worth Matravers. You could describe this as a much smaller Lulworth Cove. The beach is a mix of sand, shingles and rocks and it is advised to have beach shoes. The beach has no facilities and the nearest car parking is Read more… 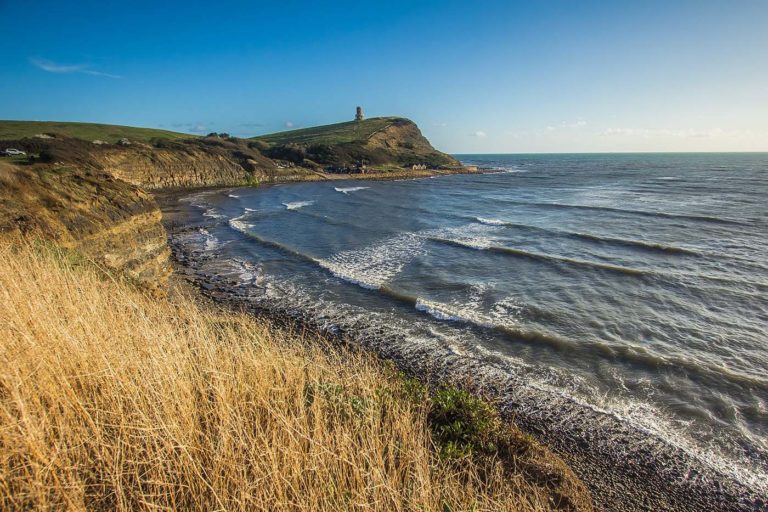 6.11 km
Kimmeridge Bay is part of the Jurassic Coast. This is not a sandy beach but a mixture of sand, pebbles, boulders and shale. Although not sandy it does offer swimming and excellent rock pools. Rocky limestone reefs make the area a key habitat and the bay is a designated Marine Nature Reserve and exhibitions of local marine wildlife at the Read more… 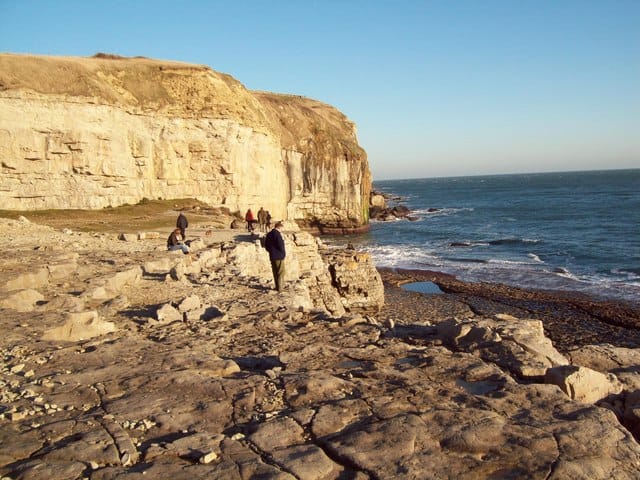 6.61 km
Dancing Ledge is not so much a beach but an old quarry floor. There are no beaches on this stretch of coastline but this is popular as you can get down to sea level. Some good swimming from the rocks but care needs to be taken. No facilities available. Share: Read more… 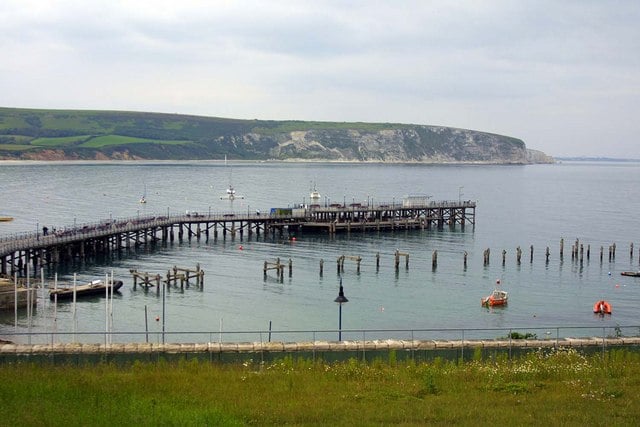 8.42 km
The original Swanage Pier was built between 1859 and 1860 for use primarily by the local stone quarrying industry, and included a tramway which ran the length of the pier and some way along the seafront. The old tracks can be seen to this day, inset into the seafront walkways. Share: Read more… 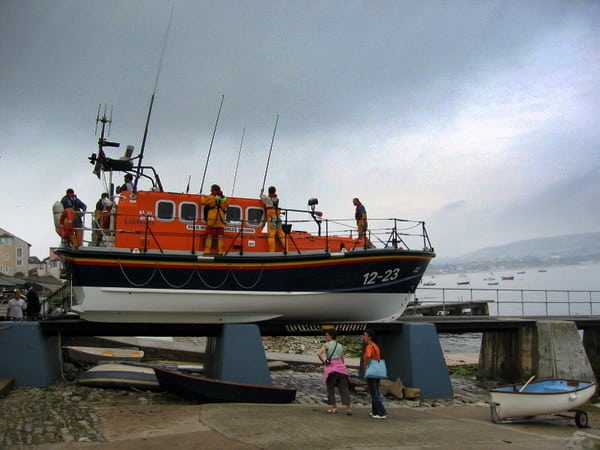 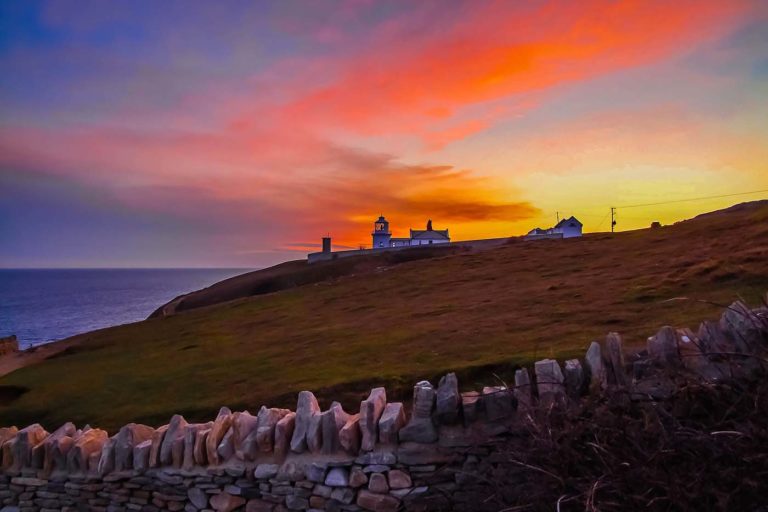 8.83 km
Built from local stone, Anvil Point Lighthouse was completed in 1881 and opened by Neville Chamberlain’s father, then Minister of Transport. Anvil Point is sometimes referred to as Durlston Lighthouse. The light is positioned to give a waypoint for vessels on passage along the English Channel coast. To the west, it gives a clear line from Portland Bill and to Read more… 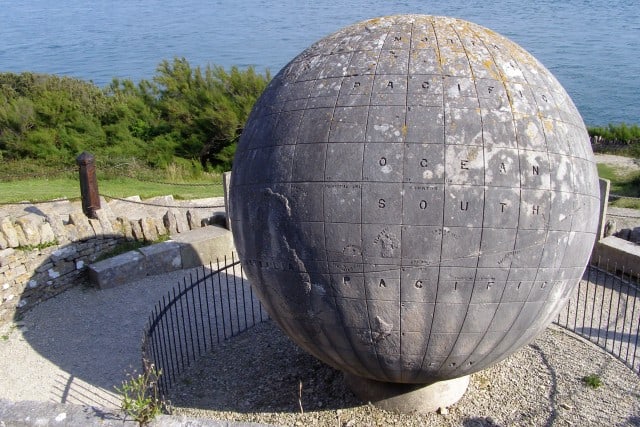 9.08 km
The Durlstone Head Globe is on the cliffs of Durlston Head and is often refered to as the “Large Globe” or the “Great Globe”. Erected 1891 the globe is constructed of Portland stone, weighs about 40 tonnes, is 3 metres (10 ft) in diameter and surrounded by a circle of cast iron railings. At the base is a tablet recording distances Read more…