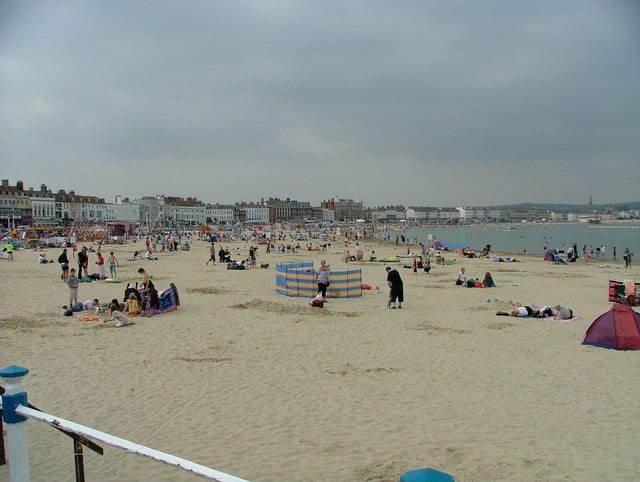 Weymouth beach with its golden sands is one of the best family beaches along the South Coast. The long curving bay makes Weymouth Dorset’s main holiday town. The main beach is within the town boundaries and backed by elegant Georgian terraces. Weymouth was a small fishing village until King George III visited in 1789 and kept coming back to get the sea air.

Don’t worry it is not all old as Weymouth has been updating itself whilst keeping the character, there’s something for everyone in Weymouth and on Weymouth Beach.

During the summer months lifeguards patrol, Punch and Judy to amuse the children, donkeys, and the famous sand modeller still amazes the crowds with his original creations. Swingboats,, trampolines, carousels and a helter skelter add to the colourful scene and snacks, ice creams and all manner of shops, cafe and restaurants

Weymouth Beach is a Blue Flag Beach and has been awarded a regional Seaside Award.

We have no current information on dog restrictions for Weymouth Beach.

Why not check other beaches nearby as we have no beaches around Weymouth, 56 beaches in Dorset, or check our list of Dorset Dog Friendly Beaches.

Our weather forecast for Weymouth in Dorset

Our tide forecast for Weymouth Beach in Dorset. 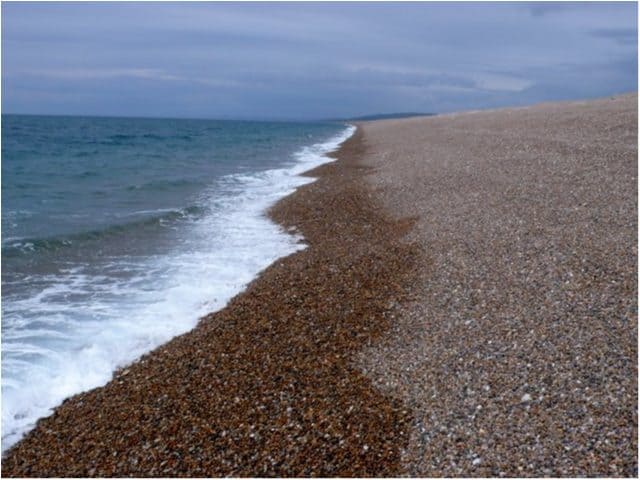 Favourite
4.99 km
Chesil Bank is not a beach to laze around playing in the sand, it is around 18 miles long, shingle and pebbles separated from the mainland by the Fleet, a shallow tidal lagoon. This marks the southerly point of the Jurassic Coast and the pebbles get larger from west to east as a result of tides. This area of coast Read more… 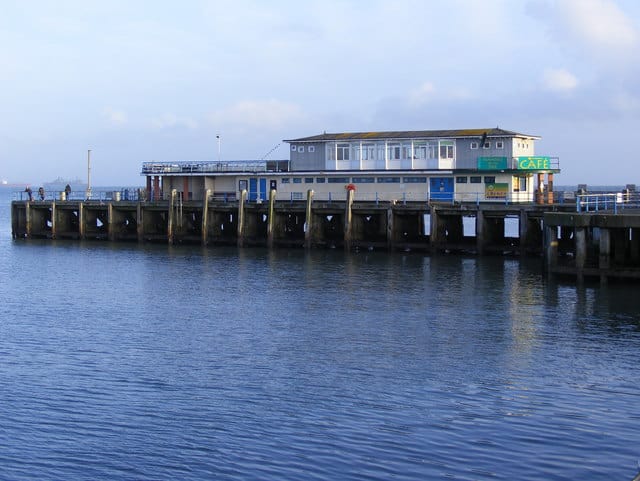 Favourite
0.69 km
Weymouth Pier is approached by a rather long pathway that runs around the edge of the ferry terminal. The pier itself is split into two, a commercial ferry terminal and public areas. Entertainment includes an amusement arcade situated in the rebuilt theatre. The pier is a popular location for sea fishing. Read more… 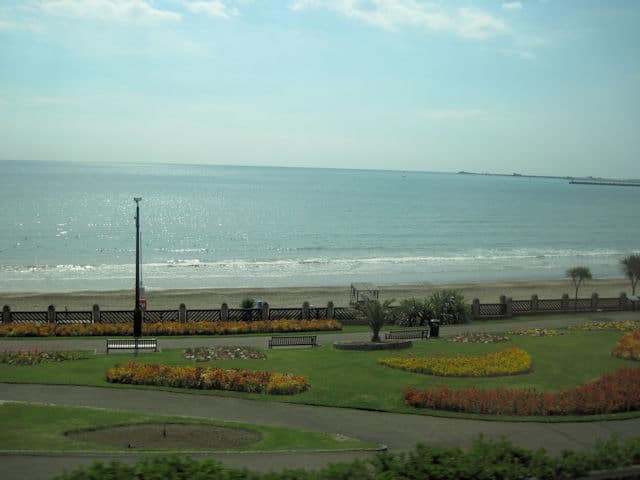 Favourite
0.78 km
Greenhill beach is a mixture mainly pebble with some sand and the beach sits in the middle of Weymouth Bay. Much quieter than the stretches near Weymouth town centre but you still have the Esplanade along the back of the beach. Seasonal lifeguards. Read more… 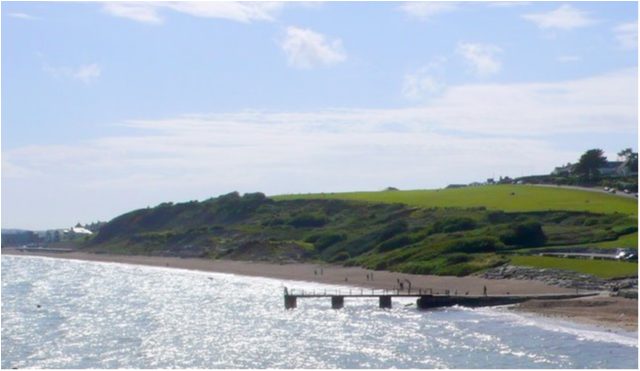 Favourite
3.27 km
Bowleaze Cove beach is a sand and shingle beach backed by cliffs and is at the eastern end of the long beach stretch within Weymouth Bay. When the tide comes in the sand disappears and you are left with just pebbles but you can make use of the grass area behind the beach or head into Fantasy Island Amusement Park. Read more… 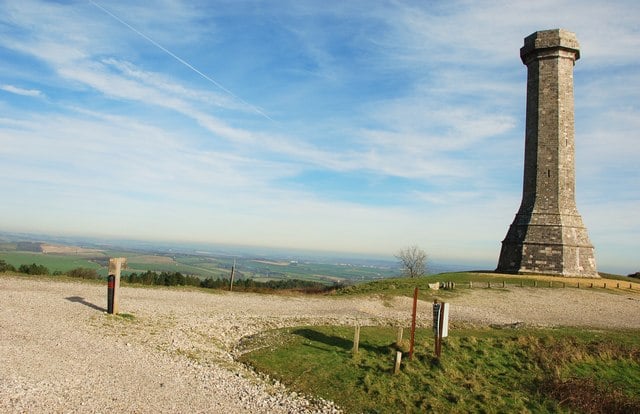 Favourite
10.65 km
Monument to Vice-Admiral Hardy, Flag-Captain of HMS Victory at Trafalgar, set on the crest of Black Down with excellent sea views. Read more… 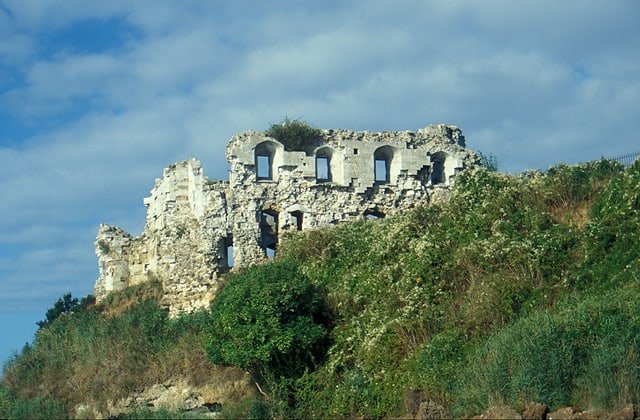 Favourite
1.93 km
Castle Cove beach in Portland Harbour is just a five minute walk from Weymouth Town Centre. The beach is sand, rockpools and seaweed and is so different from the golden sand of Weymouth’s main beach. Cafe offers hot and cold snacks, ice creams, homemade cakes and is fully licensed. Read more… 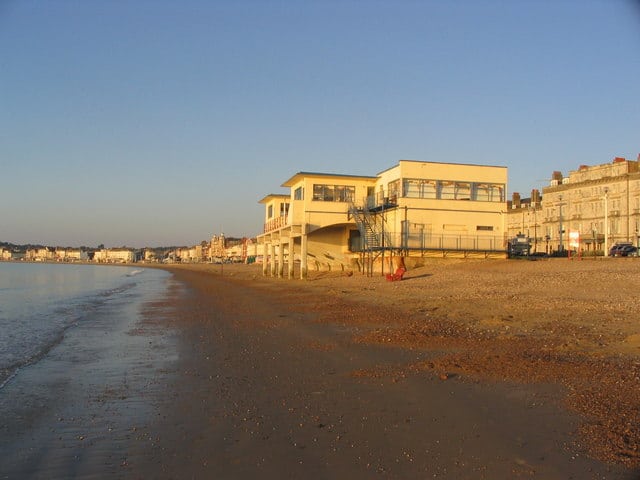 Favourite
0.42 km
Weymouth Pier Bandstand originally consisted of a raised deck area with glazed shelters along both sides, leading to a semicircular Bandstand. After the main pier was demolished all you now have is the entrance that looks out of place. Read more… 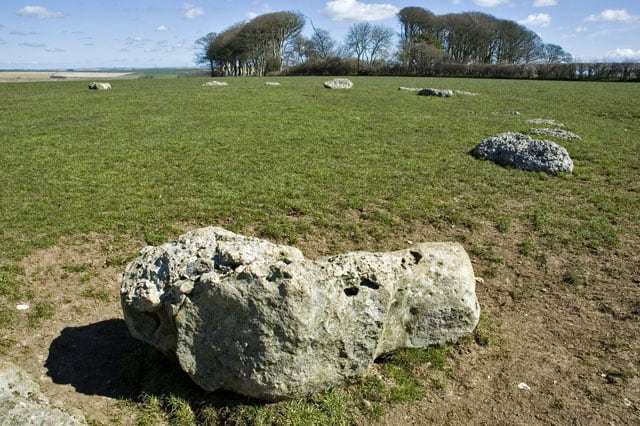 Favourite
13.31 km
Kingston Russell Stone Circle is an 18 stone late Neolithic or early Bronze Age circle on a hilltop overlooking Abbotsbury and the sea. No facilities and parking is limited to the grass verge with then a walk along an often muddy farm track. Read more…

Favourite
1.43 km
Weymouth SEA LIFE Adventure Park & Marine Sanctuary is unique among the network of SEA LIFE attractions in that its numerous marine life exhibitions are housed – not under one roof – but in separate pods within a landscape that also hosts a number of other outdoor features. The latter includes otter and seal sanctuaries, and the Park’s resident colony Read more… 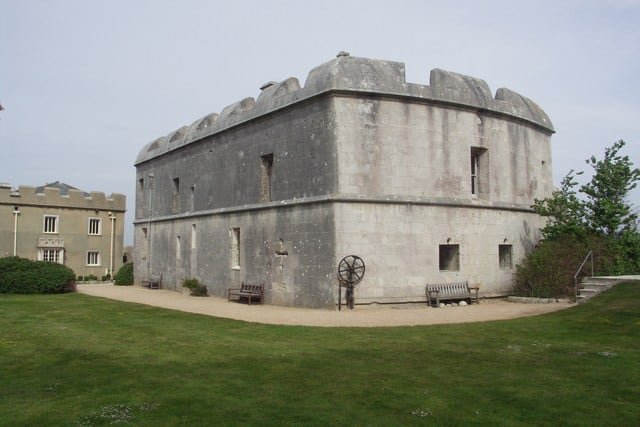 Favourite
5.05 km
Portland Castle overlooks Portland harbour and onwards to Weymouth. The castle was built by Henry VIII to defend the anchorage against possible French and Spanish invasion, its squat appearance is typical of the artillery forts built in the early 1540s. Read more…

Favourite
11.05 km
Portland Bill and Chesil Beach are the graveyards of many vessels that failed to reach Weymouth or Portland Roads. The Portland Race is caused by the meeting of the tides between the Bill and the Shambles sandbank about 3 miles SE. Strong currents break the sea so fiercely that from the shore a continuous disturbance can be seen. Portland Bill Read more… 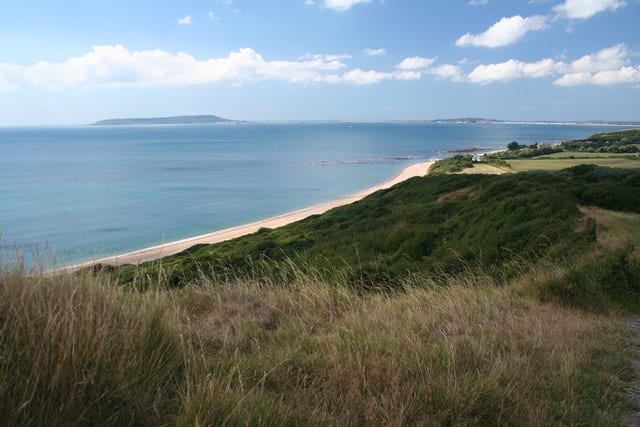 Favourite
7.56 km
Ringstead Bay Beach is a shingle beach in a quiet rural location and is ideal for those who are looking for a peaceful day out.  As the tide goes out you will get some sand and the beach is overlooked by unspoilt farmland and cliffs. The bay was once used by smugglers and is now a popular location for fossil hunters – Read more…