The Coalhouse Fort is an artillery fort built in the 1860s to offer protection to the lower Thames from seaborne attack.

The fort stands at Coalhouse Point in Essex on the north bank of the river, at a location known to be vulnerable to raiders and invaders.

Tilbury weather forecast from Yr, delivered by the Norwegian Meteorological Institute and NRK 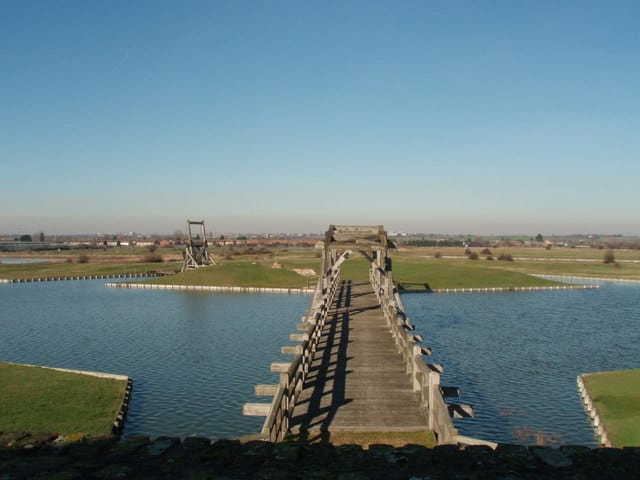 4.29 km
Tilbury Fort, artillery fort protected London’s seaward approach from the 16th century through to World War II. Henry VIII built the first fort here, and Queen Elizabeth famously rallied her army nearby to face the threat of the Armada. The present fort was begun in 1672 under Charles II. Read more…