Our weather forecast for Portsmouth in Hampshire is split into two widgets. The first shows a timeline containing temperature, wind, sunrise/sunset and chance of rain, whilst the second shows the forecast for the week ahead including severe weather alerts when available.

75 metres
No Reviews
Favourite
HMS M33 is an M29-class monitor of the Royal Navy built in 1915. She saw active service in the Mediterranean during the First World War and in Russia during the Allied Intervention in 1919.

0.1 km
No Reviews
Favourite
A visit to the Dockyard takes you on a journey through time, allowing you to step onboard historic ships and understand the Royal Navy, past, present and future.

0.39 km
No Reviews
Favourite
HMS Warrior is a 40-gun steam-powered armoured frigate built for the Royal Navy in 1859–61. She was the name ship of the Warrior-class ironclads.

1.3 km
No Reviews
Favourite
he Isambard Kingdom Brunel is a Wetherspoon pub in Portsmouth, Hampshire. Our pub offers a range of real ales, craft beers and freshly ground Lavazza coffee. Breakfast is served until noon, with our full food menu available until 11 pm. 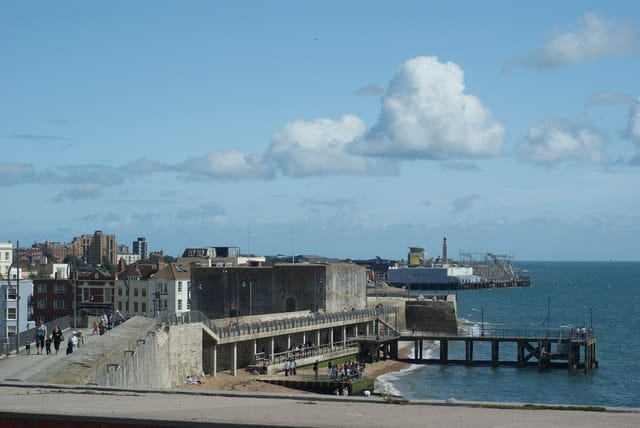 1.34 km
No Reviews
Favourite
Old Portsmouth Beach is one part of the popular coast line of Portsmouth. It is a shingle beach stretching from Portsea Island to Eastney and is really interesting with the Harbour and it’s attractions close by. Portsmouth has historic attractions and there are many walks from this beach through the town. This is a town beach and so it has good facilities including parking, toilets, shops, restaurant, cafe, slipway.

1.48 km
No Reviews
Favourite
Royal Garrison Church, or Domus Dei (Hospital of Saint Nicholas) was an almshouse and hospice established in 1212 by Pierre des Roches, Bishop of Winchester.

1.67 km
No Reviews
Favourite
Submarine Museaum in Portsmouth has everything you need for an adventure! This museum is all about submarines and they take you back in time to Alexander the Great and other ancient heroes who thought about winning wars through underwater approaches! You can even go onboard a WWII submarine and find out what it was like leagues under the sea and in battle. Take a look inside the tiny X-craft, a miniature sub that saw action during D-Day in 1944! The History Galleries allow to travel back to 1620 when the first submersible was tested right up to today’s huge submarines. There is good coffee and cake at the coffee shop overlooking the Portsmouth Harbour and the museum is open from 10am and an adult costs £12.50 and a child from aged 5, just £9!Parking Toilets Disabled access Child friendly Cafe Shop

2.34 km
No Reviews
Favourite
The John Jacques is a Wetherspoon pub in Portsmouth, Hampshire. Our pub offers a range of real ales, craft beers and freshly ground Lavazza coffee. Breakfast is served until noon, with our full food menu available until 11 pm.

2.55 km
No Reviews
Favourite
The Sir John Baker is a Wetherspoon pub in Portsmouth, Hampshire. Our pub offers a range of real ales, craft beers and freshly ground Lavazza coffee. Breakfast is served until noon, with our full food menu available until 11 pm.

3.42 km
No Reviews
Favourite
Fort Brockhurst, One of a number of forts built in the 1850s and 1860s to protect Portsmouth and its vital harbour against a French invasion. 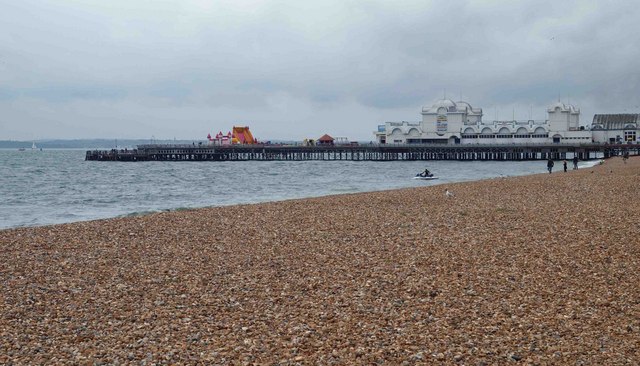 3.59 km
No Reviews
Favourite
Southsea beach is pebble/stoney beach that stretches along the whole southern end of Portsea Island from Old Portsmouth beach to Eastney beach. Adjacent to the beach and seafront promenade, Southsea Common is a large open space. Facilities include parking, toilets, promenade, and food outlets.

3.98 km
No Reviews
Favourite
Portchester Castle’s commanding location as the Solent’s defences for hundreds of years. Originally built in the late 3rd century. Covering an area of nearly ten acres, it is the only Roman stronghold in northern Europe whose walls still mainly stand to their full 6 metre height, complete with most of their originally twenty towers.
View all