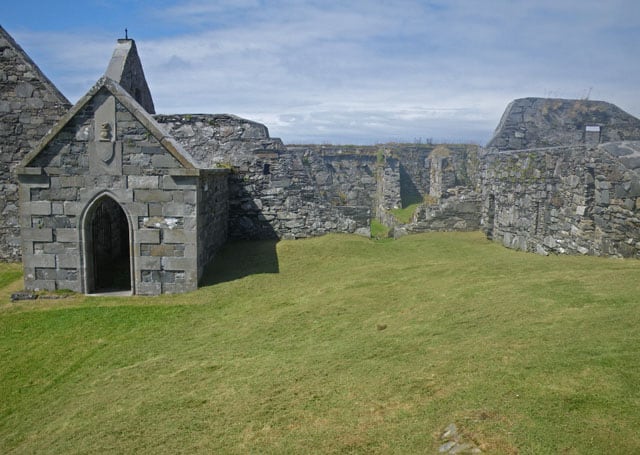 Oronsay Priory was founded by the Augustinians in the early 14th century and it was dedicated to St. Columba. The priory became an important religious centre for the islands over the next few hundred years and it’s presence gave Oronsay much influence.

The priory reins today are in relatively good condition giving you a good feel as to what this was like in its day.

The site of the Oronsay Priory has two crosses. The little cross directly ahead when you enter the grounds, and the high cross to your left. The High Cross rises from a four-tiered foundation. From the inscription, it can be seen that the cross recalls the death of the prior Colin, who presided over the Oronsay monastery and probably dates from the year 1510, Colin’s dying year. On the westward side of the cross are scenes of the crucifixion of Jesus and on the east side are foliage motifs.

Isle of Oronsay weather forecast from Yr, delivered by the Norwegian Meteorological Institute and NRK