Freshwater Bay is open to the Channel and takes the brunt of the prevailing winds in the winter months.

At Freshwater you can see the rolling waves coming in from the Channel, crashing against the cliffs. In the summer months, however, the waters are calm and still and where the beach is pebbly, the waters are clear.

Families are attracted to exploring the cliffs and caves, kayaking, sunbathing and strolling along the promenade.

Why not check other beaches nearby as we have 2 beaches around Freshwater, 29 beaches in Isle of Wight, or check our list of Isle of Wight Dog Friendly Beaches.

Freshwater weather forecast from Yr, delivered by the Norwegian Meteorological Institute and NRK 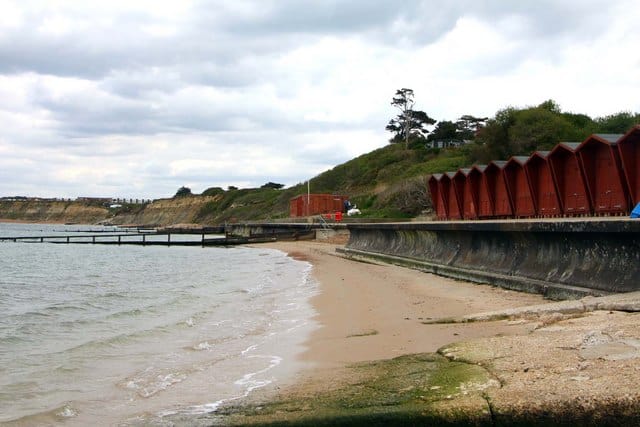 3 km
Colwell Bay beach is sandy and popular with the locals. The beach itself is gently sloping into the sea which is great for families with kids but be careful of the steps a bit further around the bay which may be slippery. There are beach huts to rent on the promenade and a lovely beach cafe with a terrace giving Read more…