Reculver Towers are all that remains os a Saxon church made within the remains of a Roman fort. Dramatic twin towers, known as the “Two Sisters” were added in the 12th century.

The church now stands within a large campsite.

0.45 km
Reculver Beach is miles and miles of beach providing plenty of room to get away from people. We have no dog information for Reculver beach. Share: Read more…

5.16 km
The Saxon Shore is a Wetherspoon pub in Herne Bay, Kent. Our pub offers a range of real ales, craft beers and freshly ground Lavazza coffee. Breakfast is served until noon, with our full food menu available until 11 pm.     Share: Read more…

5.28 km
Herne Bay is a popular Kent seaside town with a long promenade with the central part of the seafront including seafront gardens and a central bandstand housing a visitor centre. The beach is shingle with wooden groynes giving way to sandy mudflats at low tide and is a popular bathing area for families with amusements and amenities nearby. The sandy mudflats Read more… 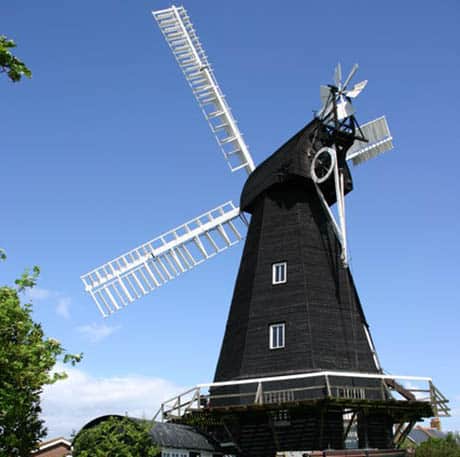 5.12 km
Herne smock mill was built in 1789 and has a number of milling displays and models. Herne Mill has a three-storey smock built on a two-storey brick base with four double patent sails and a fantail. The mill is normally open from Easter to the end of September. Share: Read more… 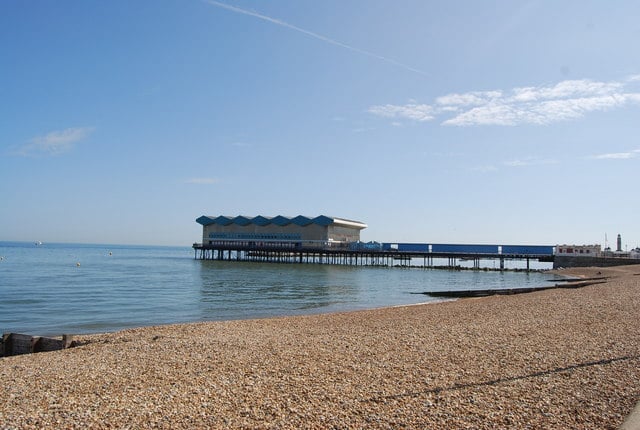 5.57 km
The modern pier opened in 1976 replacing the former Victorian pier that was damaged, with the Pier Pavilion now housing a sports complex. The end of the original pier can still be seen 1km out to sea. The victorian pier was the third pier to be built at Herne Bay, opened in 1897. Estimates of its length vary from 1097m Read more…