Britannia pier is one of the two piers at Great Yarmouth. Positioned towards the northern end of the resort in the 1850s. The original wooden structure, designed by A W Morant, was a simple structure 700ft (212m) in length and approached through ornate wrought iron gates hung between two rather bland oblong buildings.

The Britannia Pier was damaged by the ‘James & Jessie’ Schooner and a storm in 1868. these events resulted in a shorter pier.

The current day Pier offers all of the amusements that you would expect in a popular seaside town, including amusement arcades, restaurant, bars, funfair and theatre. 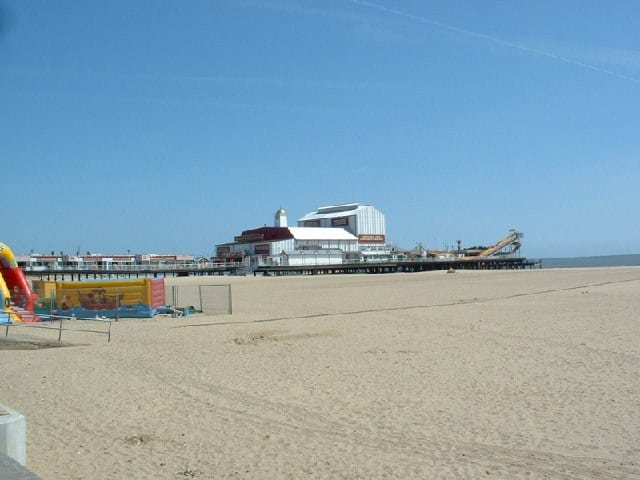 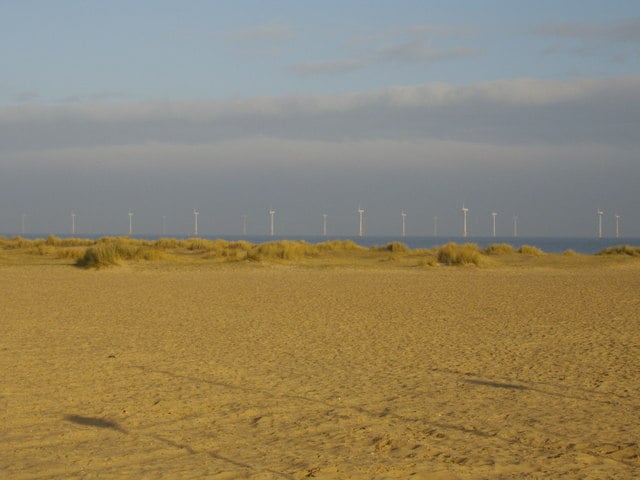 0.53 km
Great Yarmouth has a very large beach front and the North Beach is to the north of the seafront and Britannia Pier. The beach is a wide sandy beach with promenade. Parking, toilets, disabled access to the beach, promenade, pier, cafe/restaurant, beach huts, deck chair hire, Tennis courts and bowling greens are nearby. Share: Read more…

0.64 km
The Troll Cart is a Wetherspoon pub in Great Yarmouth, Norfolk. Our pub offers a range of real ales, craft beers and freshly ground Lavazza coffee. Breakfast is served until noon, with our full food menu available until 11 pm.     Share: Read more…

1.24 km
Beach: Great Yarmouth beach View: Eat inside in these extensive tearooms, outside in the flower gardens or on the beach terrace and enjoy some of the best beach and sea views in Great Yarmouth. Dogs are welcome both inside and out. What’s on the menu?: Breakfasts, light snacks, refreshments, home made cakes, desserts. Share: Read more… 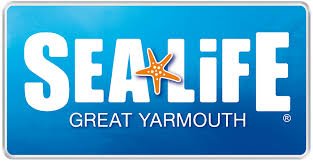 0.92 km
The magical marine world of Great Yarmouth SEA LIFE Centre will introduce you to many beautiful and fascinating creatures of the deep. Prepare for astonishing close views of everything from humble starfish to mighty sharks and giant sea turtles, all in displays which carefully recreate their natural habitats. Explore a rich variety of underwater environments, from rugged coastline to tropical Read more…

0.93 km
The Time and Tide Museum in Great Yarmouth, Norfolk, tells the history of Great Yarmouth over the last few thousand years. The museum is housed in a preserved Victorian herring works. Visitors can explore the original herring smokehouses, take in the atmosphere of a 1950s fish wharf and stroll through interactive displays. The museum is open throughout the year, see Read more…

1.02 km
Wellington Pier in Great Yarmouth on the Norfolk coast is an entertainment complex with an amusement arcade, bowling alley and casino hall. The 700ft wooden pier was first opened in 1853. Today it offers a range of attractions for all the family. There is a gift shop, café and bar on site. More details: www.wellington-pier.co.uk Share: Read more…

1.03 km
The Nelson Museum celebrates the life and times of Admiral Horatio Nelson and is housed in a grade II listed Georgian house in Great Yarmouth, Norfolk. Visitors can explore the many interactive exhibits and galleries and learn about Nelson’s career, the battles he took part in and the story of his tragic death. On site there is also a reference Read more…

Some more seaside locations in Norfolk