Rosedale Abbey is a village located in a spectacular valley in the centre of Rosedale, North Yorkshire.

The small collection of stone properties sit down a steep and winding route on either side of the valley. Despite the village name, there never was an abbey here, just a Cistercian Priory once existed but all that is left today is a staircase, a sundial and a single stone pillar. Originally founded in 1158, the priory was inhabited by a small group of nuns who are credited with being the first people to farm sheep commercially in the region.

Around the head of the dale is a cinder track with the relics of the 19th-century ironstone mines which gave rise to a population explosion in the village.

Rosedale is a popular area for walks and mountain biking. One easy walk is the Rosedale Mineral railway walk that gives you some good views of the dale, click here for the route map. 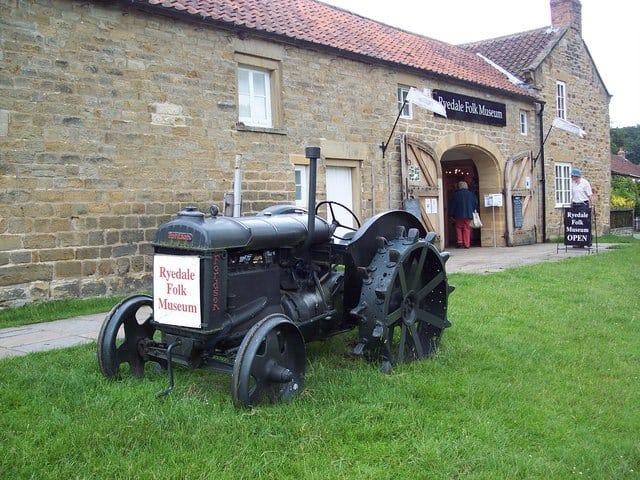 6.17 km
Ryedale Folk Museum is an open-air museum in the village of Hutton le Hole in the North Yorks Moors National Park. The museum covers a 5-acre site and explores 2,000 years of history from the Iron Age through to the 1950s. Visitors can see the restored historic building, agricultural machinery and special exhibitions. Ryedale is open all year round from Read more…

7.6 km
The North York Moors is a National Park in North Yorkshire, covering an area of 554 square miles. The Park protects one of the largest expanses of heather moorland in the UK. Set up as a National Park in 1952, this is a stunning landscape of spectacular coastline, beautiful moorland and ancient woodland. Many historic sites can also be found Read more…