Bootham Bar is gateway to the city of York in North Yorkshire.

Standing on the site of one of the four main entrances to the Roman fortress in York, Bootham Bar’s archway dates back to 11th century with the rest of the structure built in the 14th and 19th centuries. It consists of a passageway with arches at each end of a rectangular gatehouse with two storeys above.

The bar was damaged during the Siege of York in 1644 and was also sometimes used, like other gateways in York, to display the heads of traitors.

0.89 km
The Postern Gate is a Wetherspoon pub in York, North Yorkshire. Our pub offers a range of real ales, craft beers and freshly ground Lavazza coffee. Breakfast is served until noon, with our full food menu available until 11 pm.     Share: Read more…

0.9 km
The Punch Bowl is a Wetherspoon pub in York, North Yorkshire. Our pub offers a range of real ales, craft beers and freshly ground Lavazza coffee. Breakfast is served until noon, with our full food menu available until 11 pm.     Share: Read more…

89 metres
York Theatre Royal is a theatre in York, North Yorkshire, that dates back to 1744. Share: Read more… 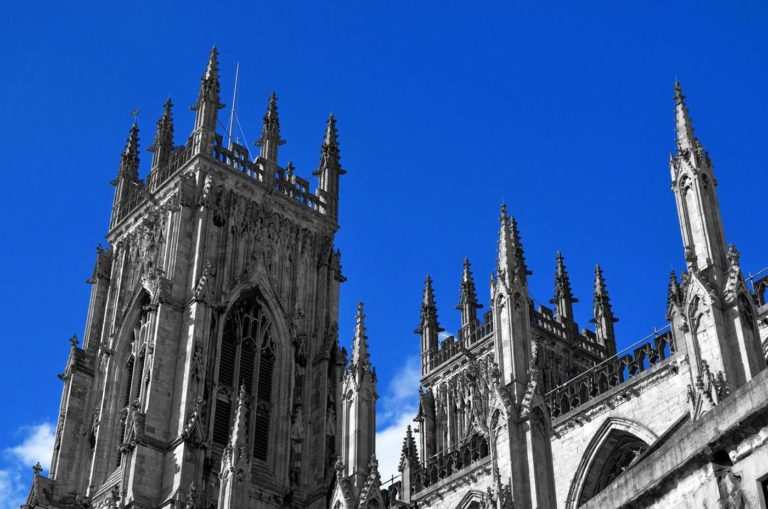 0.19 km
York Minster is a cathedral church in York, North Yorkshire. It is the seat of the Archbishop of York. Formally called The Cathedral and Metropolitical Church of St Peter in York, 14th century York Minster is one of the largest cathedrals in northern Europe and a popular attraction for visitors to the area. The famous rose window in the south Read more…

0.32 km
The Mansion House in York, North Yorkshire, is where the Lord Mayors of York reside during their term in office. The Georgian building started construction in 1725 and was completed in 1732. Restored in 1988, the Mansion House is also home to an exhibition of silver, antiques and paintings. Guided tours of the Mansion House are available. Share: Read more…

0.36 km
York Guildhall is a medieval building in York, North Yorkshire, which served as a meeting place for the guilds of York. Built originally during the 15th century, the Guildhall suffered damage during an air raid in 1942, so the present building is a reconstruction. The stone walls escaped destruction and they were incorporated into the newly reconstructed hall. Share: Read more…