Fairfax House is a Georgian town house situated in the city of York in North Yorkshire.

A fine example of the architecture of the age, Fairfax House dates back to the 18th century. It was built as the winter home for Viscount Fairfax and its interior was designed by the then celebrated architect, John Carr.

During the 20th century, Fairfax House was used as a cinema and a dance hall. But in the early 1980s the York Civic Trust saved it from falling into decay and has returned it to its former splendour. Visitors today can see how polite York society in the Georgian era entertained. There is a fine collection of furniture, paintings and ornaments which bring the house to life.

Fairfax House is open daily from February to December. There is a gift shop on site.

0.16 km
The Postern Gate is a Wetherspoon pub in York, North Yorkshire. Our pub offers a range of real ales, craft beers and freshly ground Lavazza coffee. Breakfast is served until noon, with our full food menu available until 11 pm.     Read more…

0.72 km
The Punch Bowl is a Wetherspoon pub in York, North Yorkshire. Our pub offers a range of real ales, craft beers and freshly ground Lavazza coffee. Breakfast is served until noon, with our full food menu available until 11 pm.     Read more…

39 metres
The Jorvik Viking Centre is a museum in central York in North Yorkshire. Created by the York Archaeological Trust in 1984, this world-renowned centre is one of the UK’s most popular visitor attractions outside London. Visitors can journey through time to see the streets of Jorvik (York) as they would have been 1,000 years ago. Explore one of the most Read more… 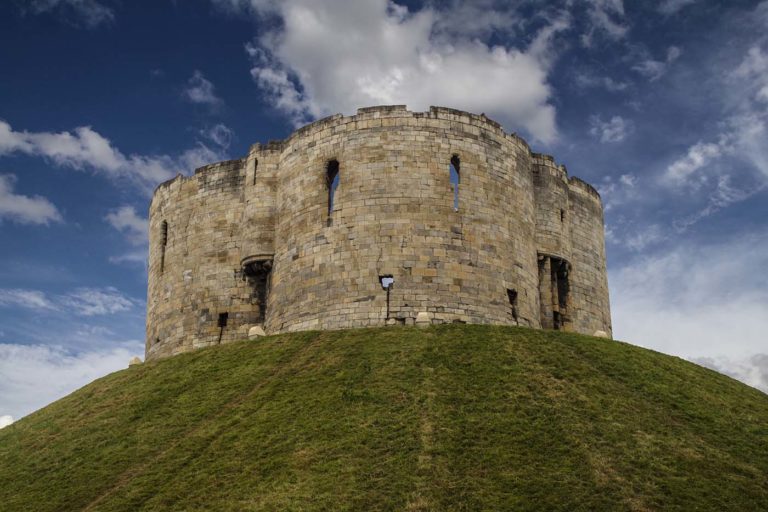 0.11 km
Clifford’s Tower is an imposing tower set on a mound overlooking the heart of the old part of York in North Yorkshire. The tower is now only what remains of York Castle, which was built by William the Conqueror in the 11th century. Over the centuries, Clifford’s Tower has served as a prison, a royal mint and also a public Read more…

0.14 km
The Grand Opera House is a theatre in York, North Yorkshire. Originally opened as an opera house and a theatre in 1902, today the grade II listed building is home to a host of different theatrical and musical events which serve York and the wider community. Read more…

0.19 km
The Merchant Adventurers’ Hall is a medieval guildhall situated in the centre of the city of York in North Yorkshire. Built in 1357 by a religious fraternity of men and women, they were granted the status of the Company of Merchant Adventurers of York by Elizabeth I in the 16th century. The main part of the building consists of the Read more…