St Mary’s Chapel is a twelfth-century roofless, but largely complete chapel in the centre of Wyre in the Orkney islands.

The Chapel architecture is Romanesque and demonstrates that the Norsemen, best known for their Viking raids, also had a cosmopolitan cultural influence.

Wyre weather forecast from Yr, delivered by the Norwegian Meteorological Institute and NRK 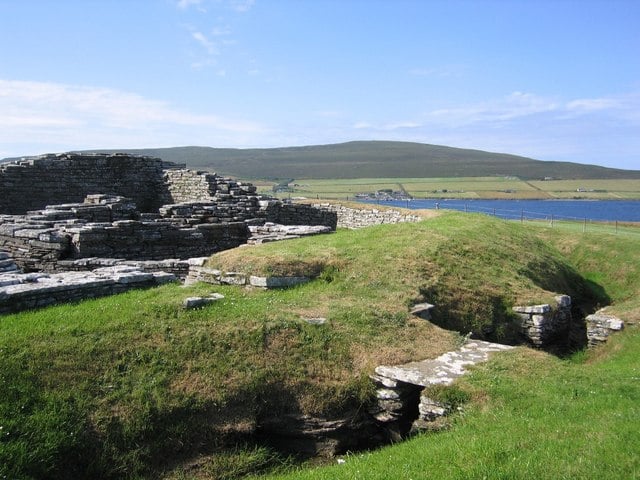 0.12 km
Cubbie Roos’ Castle is one of the oldest stone castles in Scotland, built around 1150. This now ruined castle took its name from Kolbein Hruga, a Norse chieftain who is said to have lived in the castle. Cubbie Roo’s Castle would originally have been a simple stone tower with a ditch, earthworks and a stone wall as outer defences. Now Read more…