Dun Carloway Broch is an Iron Age tower at Carloway on the Isle of Lewis. It is a spectacular example of a broch which means it is a structure built for defence purposes.

The broch is really well preserved as in some parts the old wall reaches to 9m tall! Built during the 1st century BC, the broch was last inhabited around 1300 AD.

Dun Carloway has a car park and visitor centre and can be found just 16 miles north west of Stornoway. Why not stop off at Lews Castle in Stornoway before heading to Carloway?

Isle of Lewis weather forecast from Yr, delivered by the Norwegian Meteorological Institute and NRK 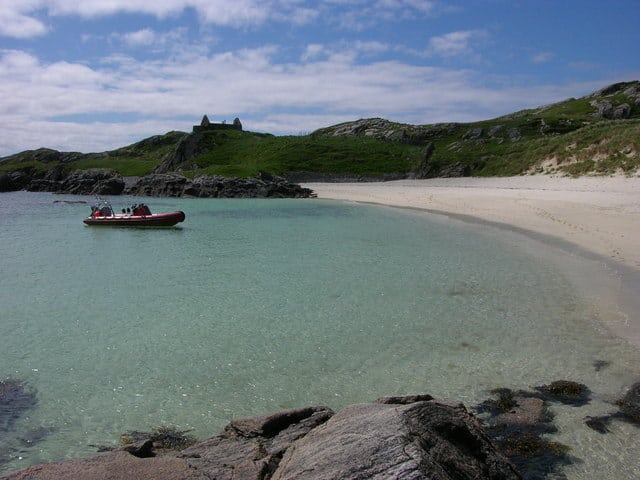 4.19 km
Little Bernera is to the north of Great Bernera. A very small island with a magical white sandy beach. If you want remote then this is the place to visit as it is only accessible by boat. No facilities , you will need to bring and take everything back with you. Share: Read more… 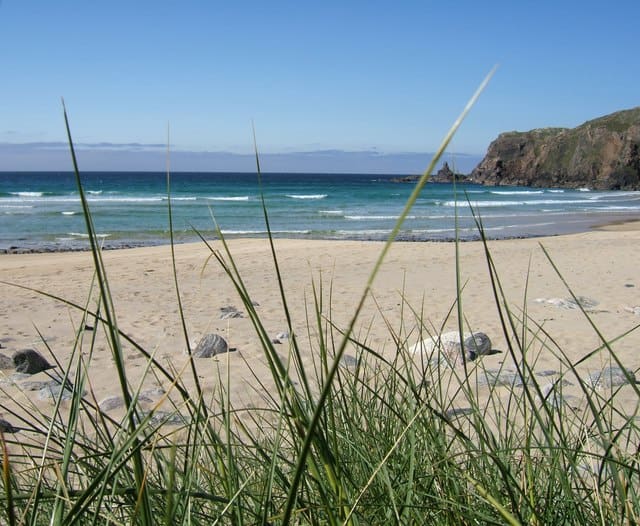 4.76 km
Dalmore Beach has pristine white sands stretching over 200 metres across the bay, Dalmore is near to the village of Carloway and is a lovely beach to visit on the Isle of Lewis. The beach is also known as Traigh Dhail Mhor. Behind the beach rocky cliffs reach out into the sea and form a headland. With a strong current Read more… 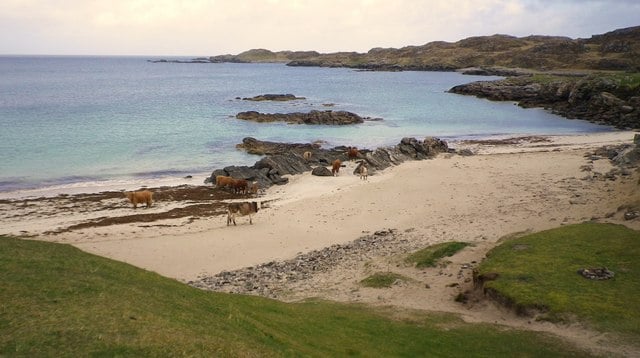 5.23 km
Bostadh Beach lies all white sparkling sand at the northern end of the island of Great Benera. Bernera is connected to the Isle of Lewis by a bridge. Bostadh beach, also known as Bosta Beach, is popular and has spectacular views of the rugged islands of Little Bernera, Flodday, Bearsay and Campay. There is also an Iron Age settlement here Read more… 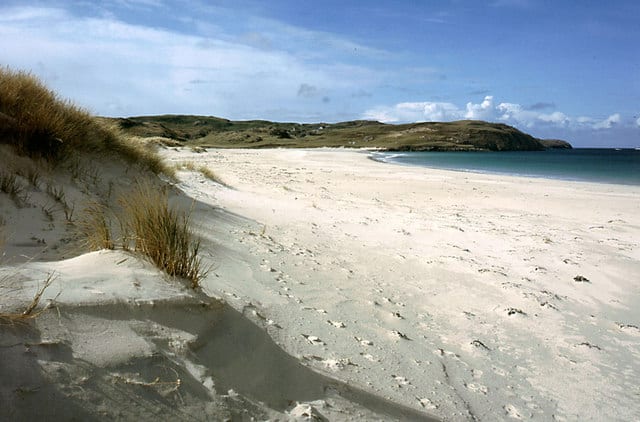 9.7 km
Reef Beach sits by Kneep on the Isle of lewis. The beach is a sandy wide beach great for shell-seekers. In summer you can also soak up the lovely display of ‘machair’, the carpet of glorious wildflowers renowned in this part of the world. Behind the beach the dunes give way to cliffs, giving you magnificent views over the bay. Read more…

8.84 km
The Calanais (or Callenish) Standing Stones is a magnificent site of several ancient stones erected nearly 5,000 years ago on the west coast of the Isle of Lewis. Reach the Stones in just 30 minutes, driving from Stornoway. A well-known prehistoric site, the Callanais Stones have a mystical aura about them which never fails to captivate visitors. The main monument Read more… 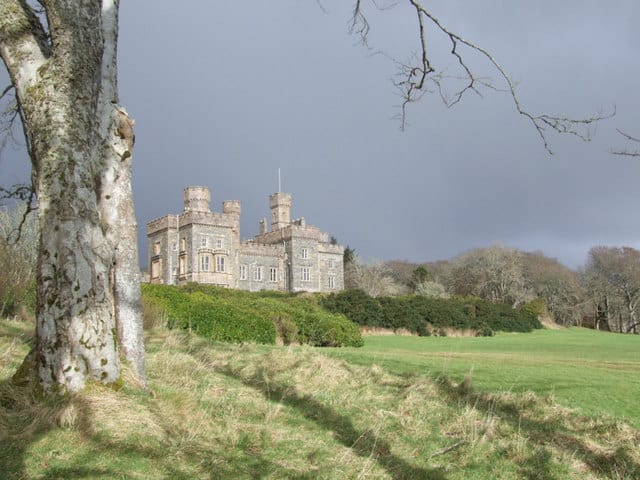 24.44 km
Lews Castle is a 19th century castle located on the western side of Stornoway Harbour on the Isle of Lewis. The castle is now used as the main campus for Lews Castle College so visitors are not able to tour the inside of the building. However, the Stornoway Trust Ranger Service gives guided tours through the castle grounds. Here you Read more…

24.77 km
Stornoway lifeboat station was established in 1887 and operates an all weather lifeboat. Station and shop open all days except Sunday although restricted times. Share: Read more…

25.13 km
Museum nan Eilean holds a great collection of artefacts, photos and paintings telling the history of the Outer Hebridean islands. The museum is located close to Stornoway town centre, on Francis Street. Opened in 1983, the museum moved into its present site in 1995, the former Nicolson Institute Secondary Department built in 1900. Entry is free and the museum is Read more…