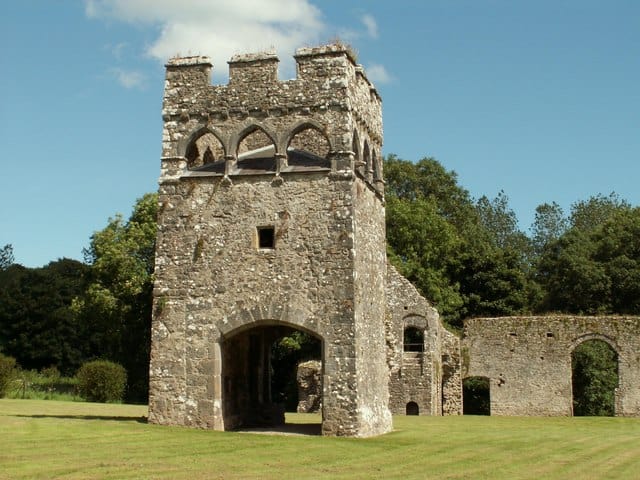 Lamphey Palace is located within the small village of Lamphey, just a short distance from the historic town of Pembroke, the birthplace of Henry VII, father of Henry VIII. The palace was established in the 13th century and as it stands, it is mainly the work of Henry de Gower, Bishop of St David’s from 1328 to 1347.

The village itself includes an historic parish church and the place known as ‘Bishops Palace’ due to its use by the Bishops of St David’s.

Our weather forecast for Pembroke in Pembrokeshire 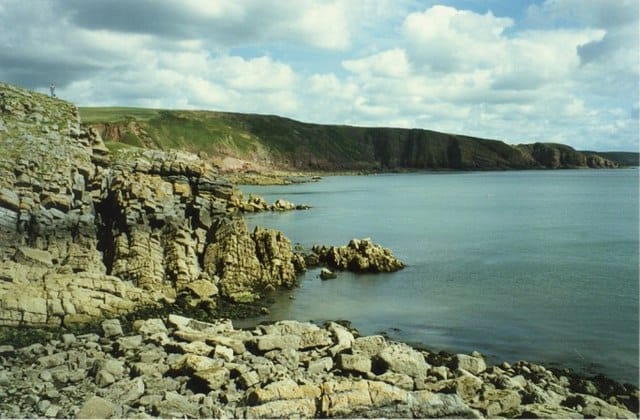 Favourite
5.74 km
South of the Pembrokeshire Coast National Park, between the villages of Stackpole and Bosherston is a varied stretch of coastline, famous for sandy beaches, wooded valleys and lily ponds. Read more… 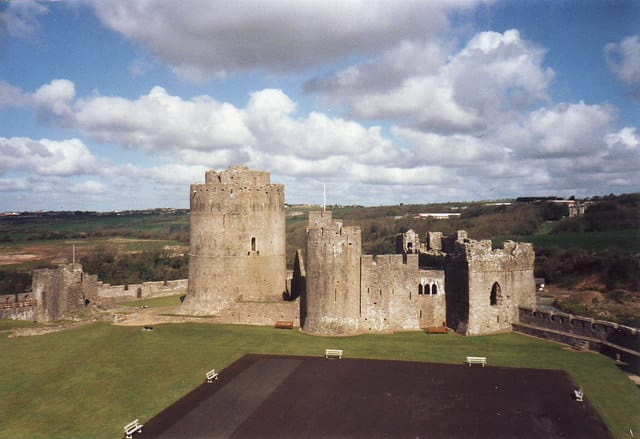 Favourite
3.69 km
Pembroke Castle is a medieval castle in the county town of Pembroke in Pembrokeshire, South West Wales. The castle has a spectacular location, standing beside the River Cleddau. Steeped in history, the first fortifications on this site were built in 1093, and the castle as we know it today stems from the late 12th/early 13th centuries. Originally the seat of Read more… 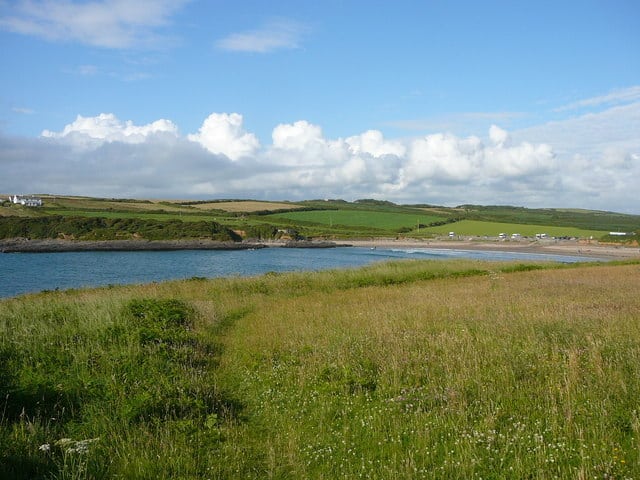 Favourite
16.68 km
West Angle Bay is a sandy beach with rock pools at low tide, the beach lies within West Angle Site of Special Scientific Interest (SSSI). A few interesting facts: The chimney is what remains of the old brick works which were shipped out from the beach. The cannon in the car park weighs 18 tonnes and was removed from the Read more… 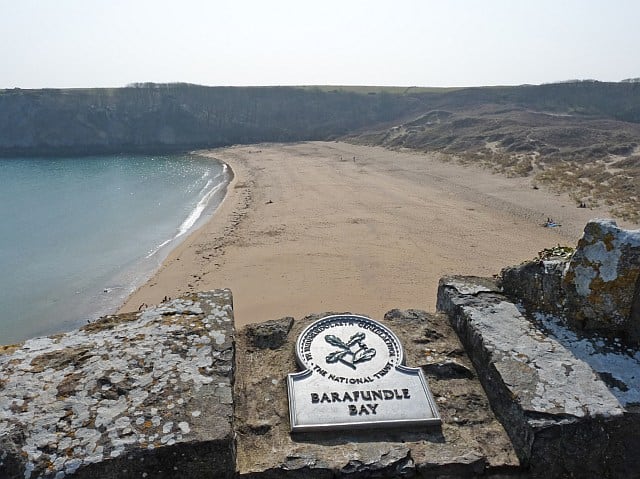 Favourite
6.51 km
Barafundle Bay beach is sheltered golden sands nestled between limestone headlands backed by dunes and woodland. The approach is part of the visit with woods and then an arch and steps down to the beach. Owned by the National Trust this is a good family beach with safe swimming, good sand for traditional games and woodlands to explore. Barafundle has Read more… 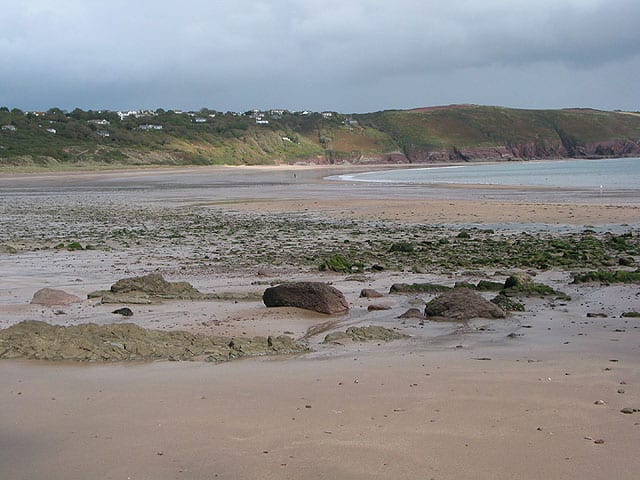 Favourite
3.09 km
Freshwater East beach is a lovely crescent shaped sandy beach with dunes and woodland at the rear which form a local nature reserve and Red Sandstone cliffs on either side. It is a rural beach on the Pembrokeshire Coastal Path and measures nearly 1km across. The beach is great for families with good for swimming, walking, boating, fishing, building sand castles and Read more… 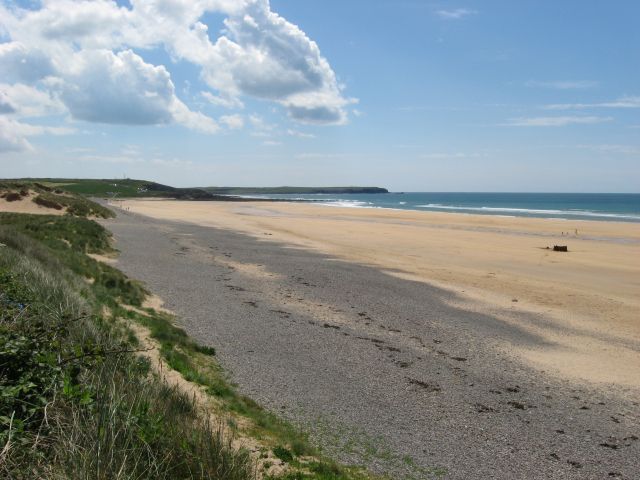 Favourite
13.69 km
Freshwater West (also known as Fresh West) Beach is near Castlemartin, within the Pembrokeshire Coast National Park. The beach is a great unspoilt rural beach, approximately 1km across, with rock pools and backed by rolling sand dunes and marsh land. Freshwater West is a popular surfing beach due to its consistent Atlantic swells and strong waves and regularly hosts surfing Read more… 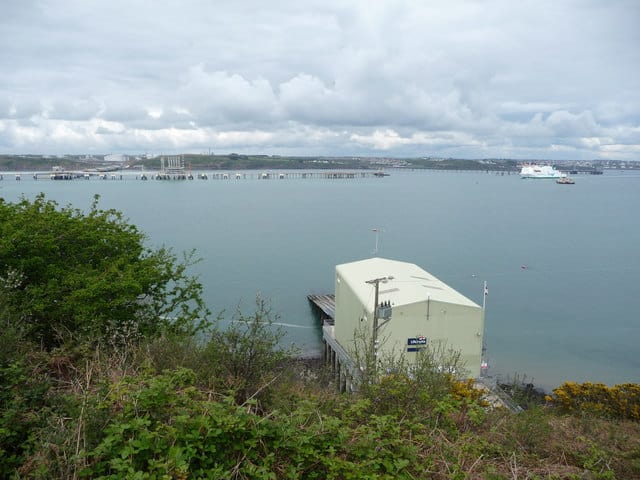 Favourite
14.7 km
Angle lifeboat station was first built in 1868 and the current station was completed in 1992 after structural problems with the original station. The station has inshore and all-weather lifeboats. Read more…