Caldey Island lies about 3 miles off the south coast of Pembrokeshire facing the town and harbour of Tenby. it is 1½ miles long and less that ¾ mile wide. 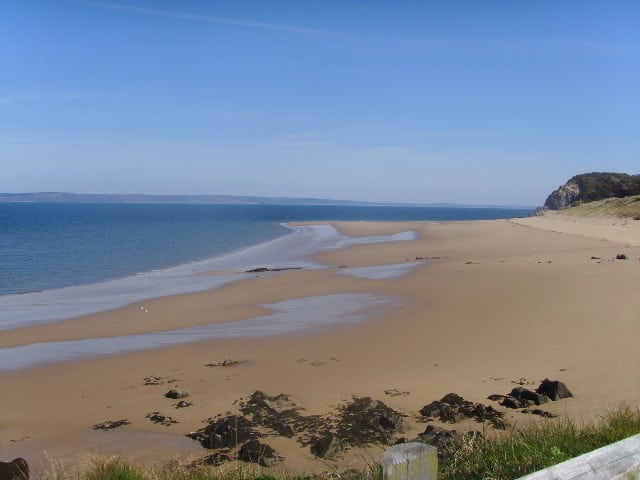 1.14 km
Priory beach is a sandy beach that sits in Priory Bay on the Caldey island just off the coast from Tenby in Pembrokeshire, South Wales. This is a small island only accessible by a boat trip which makes sure the beach is never too busy. As you arrive at the island, Priory beach is a welcoming sight from the ferry Read more… 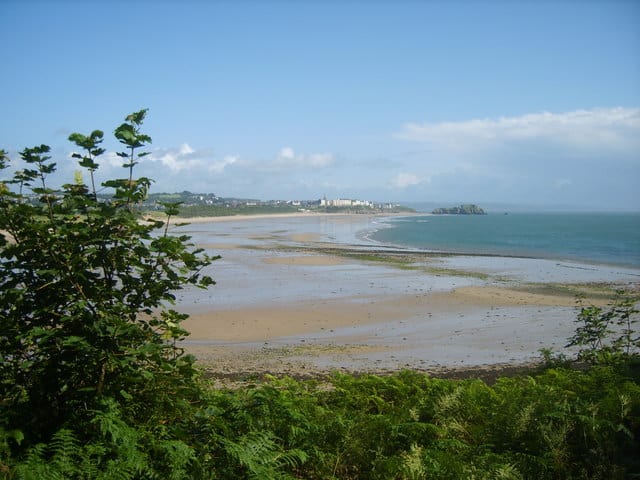 3.34 km
Penally beach is at the far end of Tenby south beach and is less busy than the main Tenby beaches. The beach is a mix of sand and shingle but is protected by sand dunes and Giltar Point headland. Good views across to Caldy Island. You only get parking and for facilities you need to head towards the Tenby end Read more… 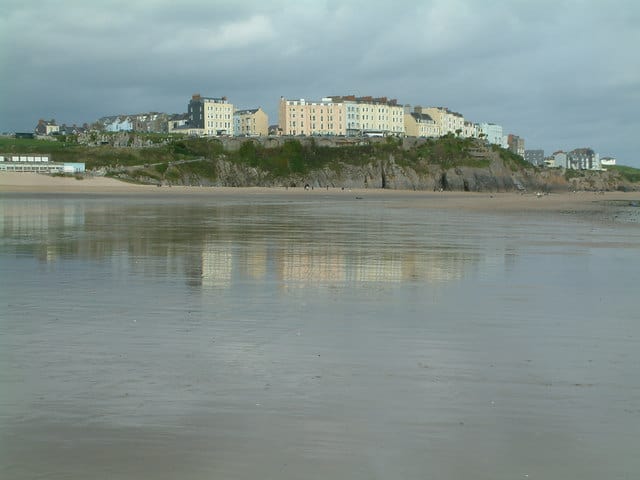 4.01 km
The South beach at Tenby is roughly 2km of sand backed by sand dunes, The beach is one long stretch but the northern end is referred to as Castle Beach at St. Catherine’s Island and the southern end is Penally Beach at Giltar Point. The South beach is less commercialised than Tenby’s North beach but still provides an excellent family Read more… 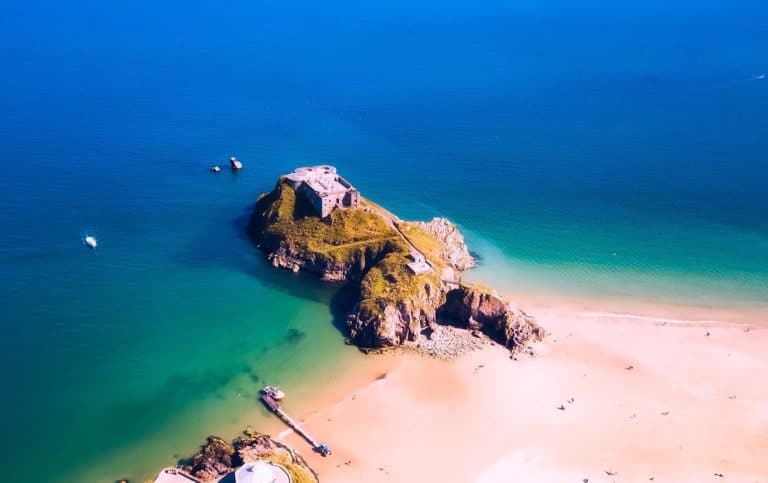 4.49 km
Tenby Castle Beach is within a cove between the Castle and the East Cliff, with the beach being sheltered by the cliffs. This is the smallest of the Tenby beaches and can get crowded. At low tide boat trips run to Caldey Island or if a little more adventurous it is possible to walk out to St. Catherine’s island, but beware Read more… 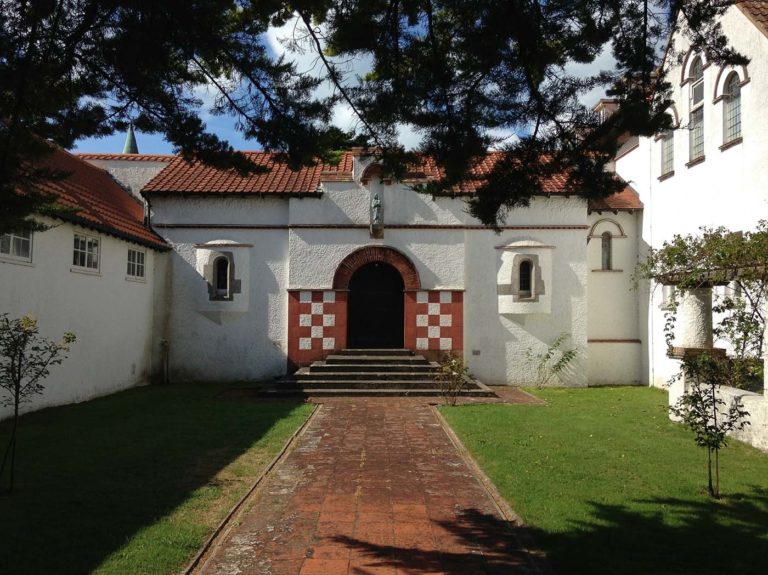 0.62 km
Caldey Island lies off the Pembrokeshire coast near Tenby in south-western Wales. Separated from the mainland by Caldey Sound, a ferry service runs between Tenby and Caldey Island during the spring and summer months. Caldey is probably best known for its monastery, Caldey Abbey, with the current building dating from 1910. However, a monastery was founded on the island in Read more… 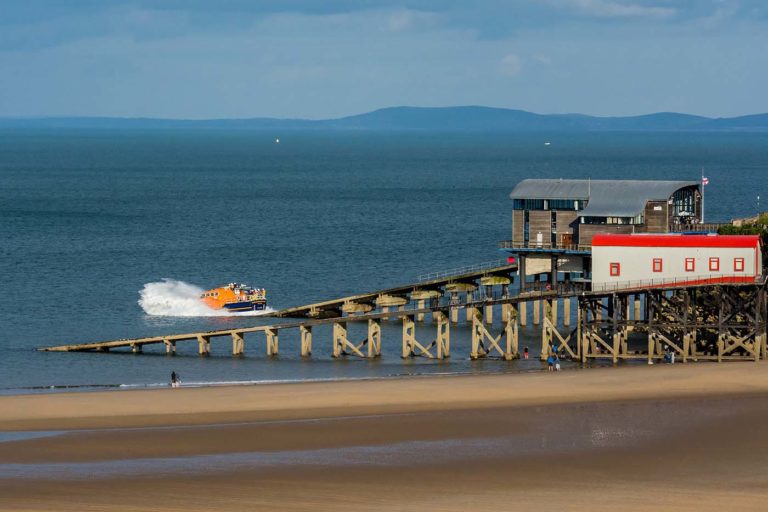 4.63 km
Tenby Lifeboat Station is located in Tenby on the Pembrokeshire coast in south west Wales. Established in 1852, the station operates 2 lifeboats, inshore and all weather, and is one of the busiest in the UK. Station is open daily. Shop is open; daily Easter – Christmas and Feb half term, and weekends other times. Share: Read more… 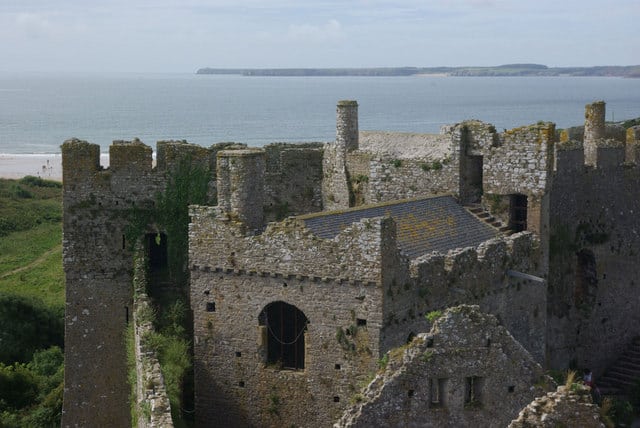 8.15 km
Manorbier Castle is a Norman castle located in the village of Manorbier, five miles south-west of Tenby overlooking Manorbier Bay. Manorbier is a rectangular enclosure castle that has curtain walls and round and square towers. It stands on a natural coastal promontory and has no external moat and a postern gate provided access to the beach and boats. The castle is Read more…