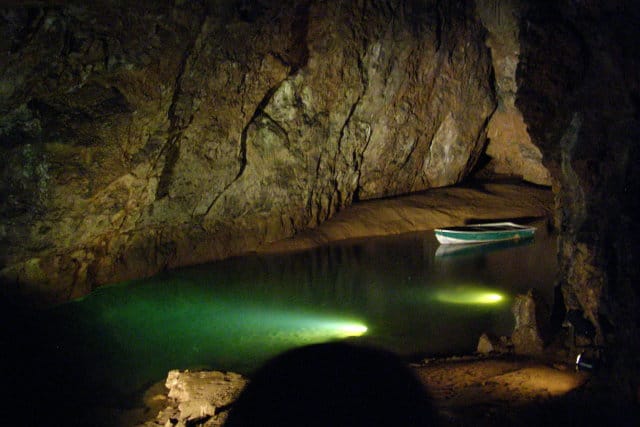 Wookey Hole cave system has 25 chambers and was formed through erosion of the limestone hills by the River Axe. Before emerging at Wookey Hole the water enters underground streams and passes through other caves such as Swildon’s Hole and St Cuthbert’s Swallet. After resurging, the waters of the River Axe are used in a handmade paper mill, which began operations circa 1610, although a corn grinding mill operated there as early as 1086.

The caves, at a constant temperature of 11 °C (52 °F), have been used by humans for around 50,000 years. The low temperature means that the caves can be used for maturing Cheddar cheese.

Our weather forecast for Wells in Somerset 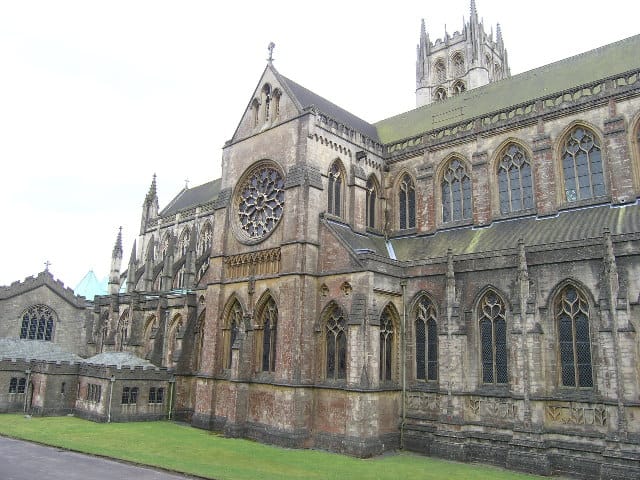 Favourite
12.65 km
The Basilica of St Gregory the Great at Downside, commonly known as Downside Abbey, is a Catholic Benedictine monastery and the Senior House of the English Benedictine Congregation. One of its main apostolates is a school for children aged nine to eighteen. Its graduates are known as Old Gregorians. Read more…

Favourite
2.82 km
Wells Cathedral is a cathedral for the Church of England, situated in Wells in Somerset. The present cathedral building dates between 1175 and 1490 and is modest in size. The cathedral’s central tower dominates the small city of Wells and is a significant landmark in the surrounding area. Wells Cathedral is a very good example of Gothic church architecture from Read more…