Felixstowe has a five-mile coastline on the Suffolk North Sea coast, between the estuaries of the Rivers Deben and Orwell. This stretch is sand and shingle beach gently sloping to the sea within a sheltered bay. The beach is backed by a promenade and then behind the promenade you have Edwardian gardens.

Felixstowe is popular with families due to its size and location within the town.

The main stretch of beach is either side of the Pier and this is where you will find most of the facilities.

Felixstowe Beach is a Blue Flag Beach and has been awarded a regional Seaside Award.

We have no current information on dog restrictions for Felixstowe Beach.

Why not check other beaches nearby as we have one beach around Felixstowe, 13 beaches in Suffolk, or check our list of Suffolk Dog Friendly Beaches. 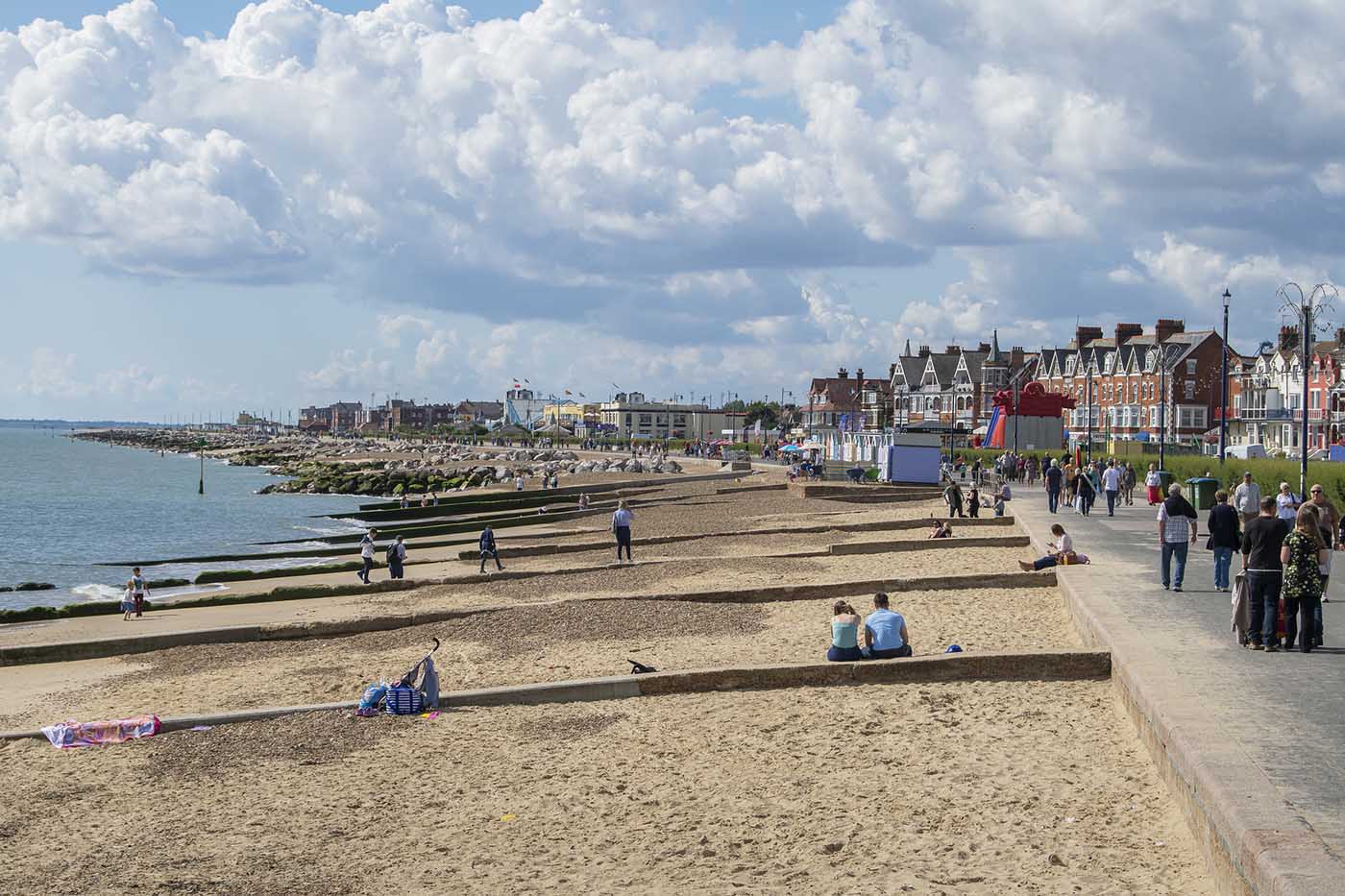 0.24 km
Felixstowe Pier is a wooden pier built in 1905 and designed by the Rogers Brothers. The pier extended to a length of 2,640ft (800m) and was little more than a promenade deck, with railings along the entire length, and a T-shaped landing stage at the head. A large pavilion was at the shoreward end. The pier deck had an electric Read more…

4.25 km
Beacon Hill Fort also known as Beacon Hill Battery was decommissioned in 1956 on the dissolution of coast artillery in the United Kingdom. Initially a blockhouse was on this site constructed in 1534 during the reign of Henry VIII, although abandoned within ten years. After the death of Henry VIII the site was rearmed. By 1625 the site had again fallen Read more…