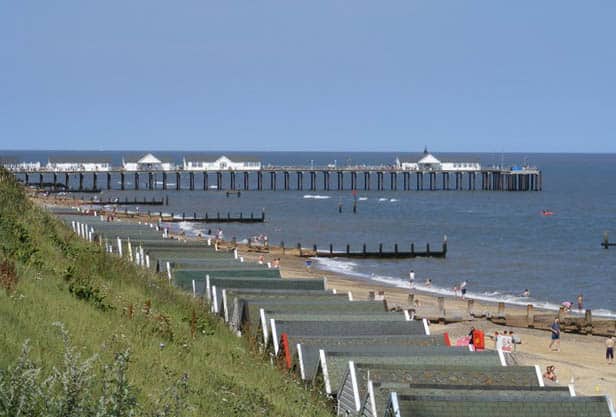 Southwold pier was built in 1900 and was 810 feet (250 m) with a T-shaped end. The pier end was practically destroyed by a gale in 1934, with the T-shaped end being swept away. A series of events during the Second World War and a further major storm in 1979 reduced the pier to approximately 100 feet (30 m).

The pier was bought in 1987 and over a period of 15 years has been refurbished and even has a T-shaped pier end. The pier is still less than the originalone at 623 feet (190 m).

Southwold weather forecast from Yr, delivered by the Norwegian Meteorological Institute and NRK

20 metres
Beach: Southwold Beach View: Enjoy the fabulous restored pier at Southwold which stretches into the sea and gives fabulous views back over the town and out into the North Sea. What’s on the menu?: Breakfasts, snack, drinks, cake and ice-creams, to eat in or take away. Share: Read more… 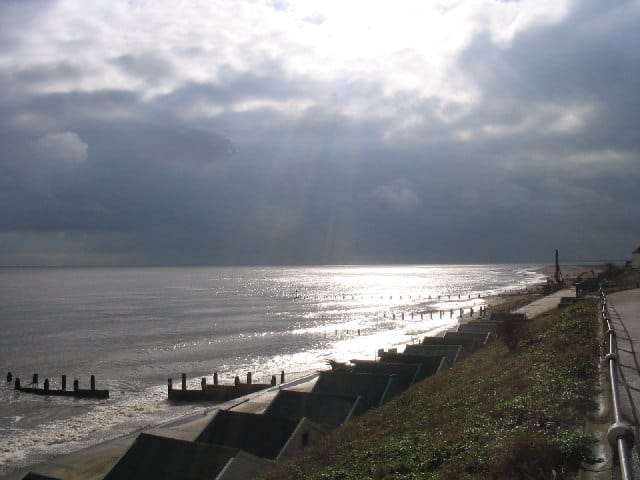 0.38 km
Southwold beach is on a section of the Suffolk coast that is declared an Area of Outstanding Natural Beauty. This is a sandy beach with well maintained wooden groynes and beach huts make it the families choice. Walk along the beach away from the huts and you will see sand dunes at The Denes beach. You have all the facilities Read more…

0.64 km
Beach: Southwold Beach View: Located on Southwold seafront at the steps of the Lord Nelson pub, enjoy the sunshine at one of the outside sheltered tables gazing at the stunning views. What’s on the menu?: Open during the summer months, this sassy beach café serves the best Italian coffee, paninis/snacks, fab ice-creams. Share: Read more… 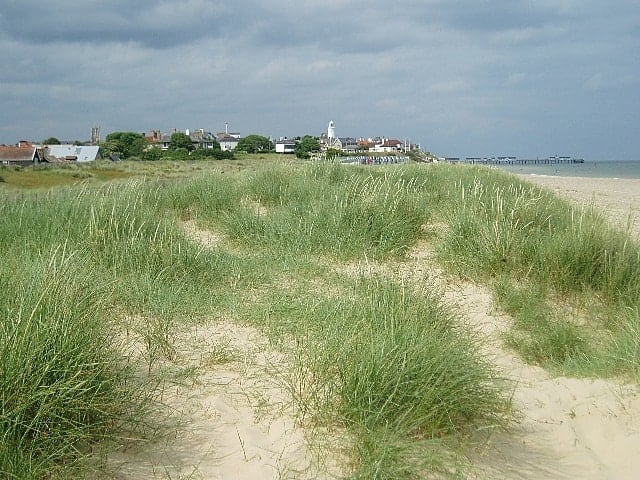 1.36 km
The Denes beach at Southwold is a quiet shingle beach backed by sand dunes and marshes less busy than the main Southwold beach. The beach is between the mouth of the river Blyth and the historical seaside town of Southwold. Popular with walkers or those wanting a rural beach. The beach has toilets, parking and summer lifeguards with more facilities just Read more… 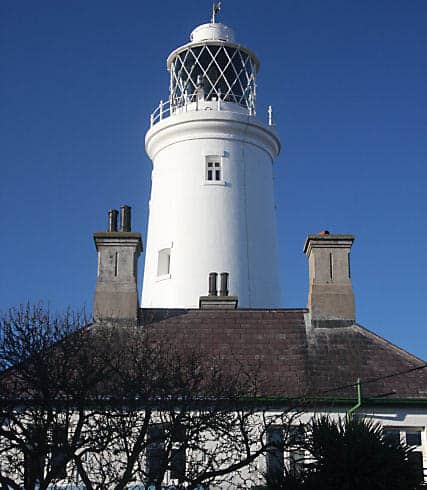 0.48 km
Southwold Lighthouse is a coastal mark for passing shipping and guides vessels into Southwold Harbour. The lighthouse is situated near the centre of the seaside resort of Southwold, midway between Lowestoft and Orford, the round white tower stands amongst rows of small houses. Lighthouse has a visitor centre. Share: Read more… 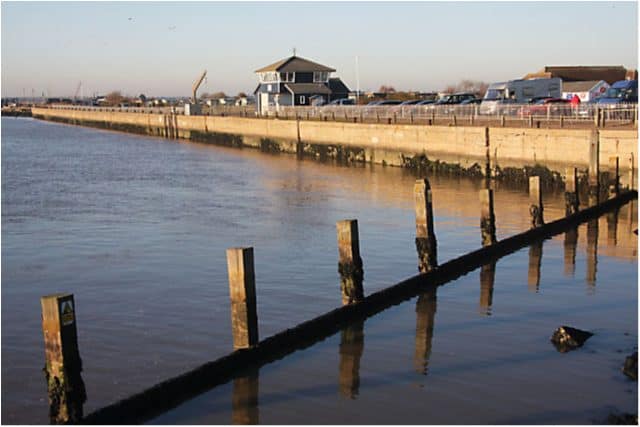 1.97 km
Southwold lifeboat station was established in 1841 and operates an all weather lifeboat. Station only open by appointment, no shop. Lifeboat training most Thursday evenings. Share: Read more…