The origins of Culver Hole are shrouded in mystery with some claiming the feature was built to hide smuggling activities. It is a very tall, narrow cave which, during its long history, has been walled up to protect a number of floors and slippery stairways. The cave house walls are two metres thick.

The most likely explanation though is that it was built to house pigeons which were then harvested for food. From inside it can be seen that there are clear ledges upon which birds could roost and the remains of staircases reaching up to the upper levels. It is now home to Rock Doves. 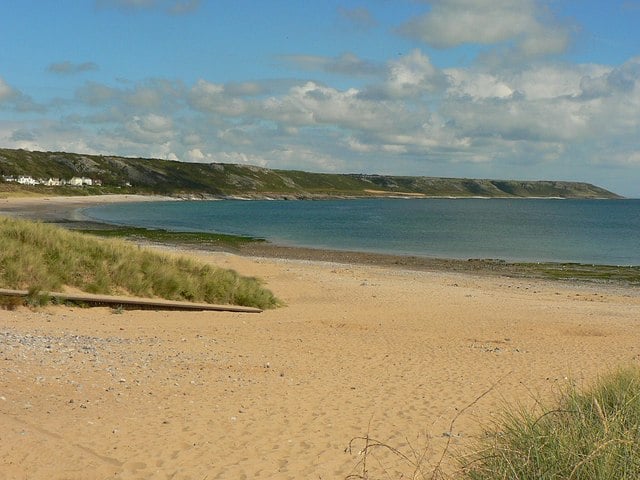 0.67 km
Port Eynon beach is a mile long sand and pebble beach backed by sand dunes on the south-west corner of the Gower peninsula. The sand dunes have boardwalks to help exploring and at low tide you can see the remains of ancient peat beds, the old harbour wall and at the far end of the bay an 18th Century ruin Read more…

Some more seaside locations in Swansea Bay and The Gower