Eas Coul Aulin, also known as Eas a Chual Aluinn, is a spectacular waterfall, with the highest falls in Britain at approximately 200 m (658 ft). The falls spill from a high plateau overlooking Loch Glencoul and fall in two steps to the shore of Loch Glencoul. The water flow is seasonal, so if you are visiting in the summer you may see little water.

The waterfall can be reached in one of two ways. The first is a 10 km (6 mile) walk across often boggy ground from the A894 road. The other method is to take a boat tour on Loch Glencoul from the Kylesku Hotel although you will have to settle to see it from a distance in the boat.

The actual Gaelic name was said to be “Eas a’ Chuil Alainn” meaning the waterfall of the beautiful tresses.

Lairg weather forecast from Yr, delivered by the Norwegian Meteorological Institute and NRK 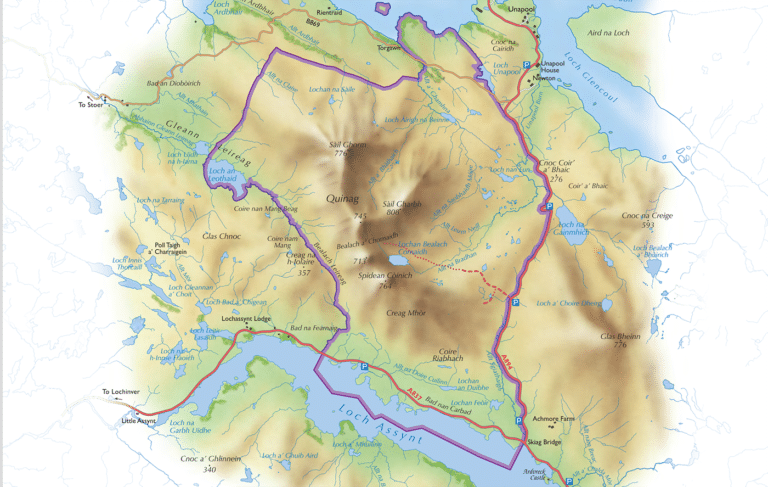 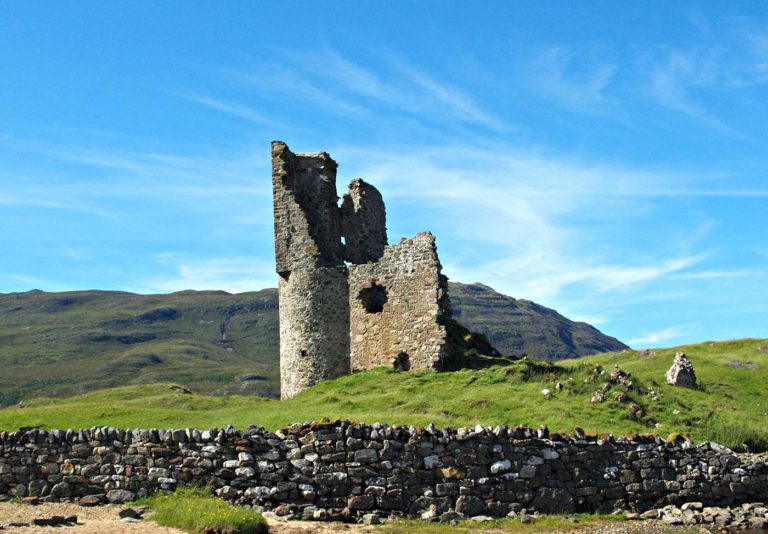 5.71 km
The remote parish of Assynt in Sutherland has a long and varied history stretching back many thousands of years. Early humans used the famous bone caves and buried their dead in the large cairns visible throughout this dramatic landscape. From later in prehistory come cist burials, brochs, duns and crannogs. Fragments of a Celtic cross point to an early medieval Read more…