The beach faces westward to the Atlantic Ocean and Donegal Bay funnels the Atlantic rollers making this a popular beach for all standards of surfers, bodyboarders, windsurfers, and kitesurfers.

Facilities at the beach include car parking on and off the beach itself, seasonal lifeguards, and nearby you have a pub, cafes, hotel, shops and post office.

Why not check other beaches nearby as we have 20 beaches in Donegal, or check our list of Donegal Dog Friendly Beaches. 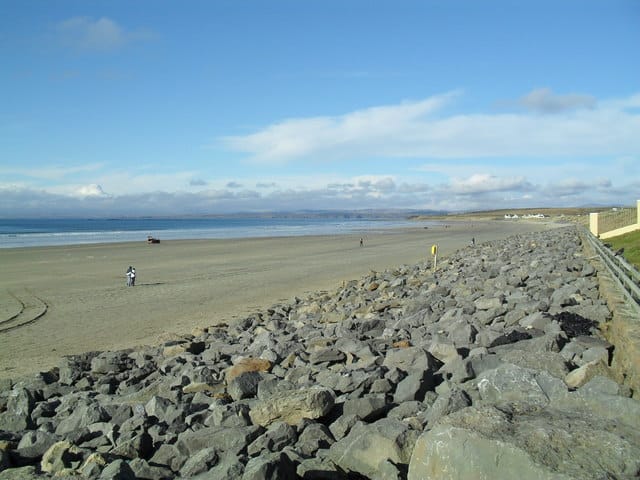 Ballyshannon weather forecast from Yr, delivered by the Norwegian Meteorological Institute and NRK

6.01 km
Murvagh beach, a special area of conservation with its sandy beach and dunes, a sheltered and peaceful beach, Read more…

19.09 km
It is a long sandy beach that stretches about 1kms along the bay backed by sand dunes. Can be very busy on nice days. Read more…

5.78 km
Abbey Assaroe was founded in 1178 and completed in 1184 by the Cistercians monks. It fell into decline in the 17th century and now all that remains of the abbey is the west end of the church, part of the west gable and a section of the south wall. Read more…

10.24 km
Bundoran lifeboat station was established in 1972 and operates an inshore lifeboat. Station open by appointment only, although training can be seen most Sunday mornings. Read more…

30.46 km
Slieve League is a mountain on the Atlantic coast. At a height of 601 metres (1,972 ft) it is the highest sea cliffs in Europe. Although less famous than the Cliffs of Moher in County Clare, Slieve League’s cliffs reach almost three times higher. Read more…

35.57 km
Inishkeel is a small island around 250 m from the coast of County Donegal in Gweebarra Bay. At low tide a sandy tidal bank connects the island with the mainland. During the 6th century A.D. a small community of monks settled on the island and today remains of the church and the connected buildings as well as some carved stones Read more…