Dublin Castle was founded on the site of a Viking settlement as a medieval fortress on the orders of King John of England in 1204 and until 1922 it was the seat of English and later British rule in Ireland. On 16 January 1922, the last ever Viceroy of Ireland handed Dublin Castle over to the government of the newly independent Irish state. The end of the British presence had come about in the wake of the Easter Rising of 1916 and the Irish War of Independence.

Today Dublin castle is open to the public, except during certain state functions. The castle complex also hosts the Chester Beatty Library, in a purpose-constructed facility, with a café, the Garda Museum, the Treasury Building, the Revenue Museum and arts centre in the Chapel crypt. 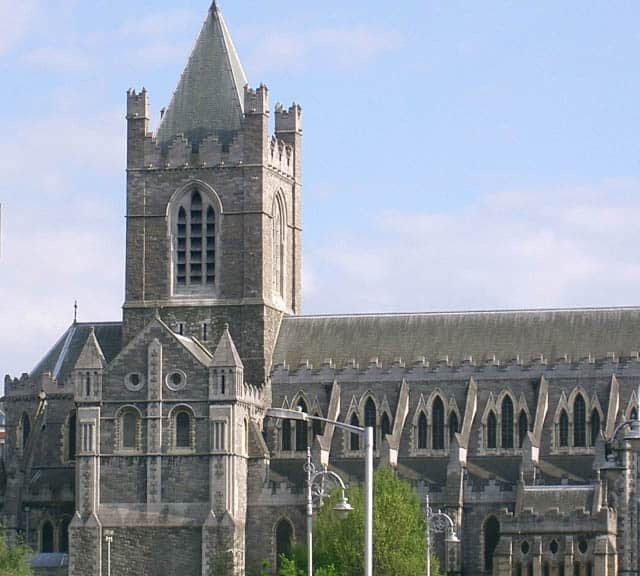 0.23 km
Christ Church Cathedral also known as The Cathedral of the Holy Trinity is the cathedral in Dublin. The cathedral was extensively renovated and rebuilt from 1871 to 1878 and it is hard to work out what parts are the original or the Victorian renovation. Share: Read more…

0.74 km
Anna Livia is a bronze monument located in Croppies Memorial Park in Dublin, designed by the sculptor Éamonn O’Doherty. The monument is a personification of the River Liffey which runs through Dublin. Anna Livia Plurabelle is the name of a character in James Joyce’s Finnegans Wake who also embodies the river.   Share: Read more…

1.1 km
The Custom House is a neoclassical 18th-century building located on the north bank of the River Liffey. The building now houses the Department of the Environment, Community and Local Government. Share: Read more…

Some more seaside locations in Dublin