Durrell Wildlife Park (also known as Jersey Zoo) is a zoological park on the island of Jersey, situated in 32 acres (13 ha) of landscaped parkland and water-gardens.

The Park has always concentrated on rare and endangered species, and has mammals, birds, amphibians and reptiles, comprising over 130 species.

The park has large areas within the grounds that are designated native habitat areas. The extensive planting of flowering and fruiting trees throughout the grounds also serves to attract a wide selection of wild birds and insects.

Several species of bird which used to be commonly seen in island gardens but have become increasingly scarce, including the House Sparrow and Song Thrush. Nest-boxes within the grounds are used by a variety of birds including Barn Owls, Kestrels, Swallows and Martins.

Other animals which are commonly seen within the grounds are the red squirrel, bank vole, and the Short-toed Treecreeper. 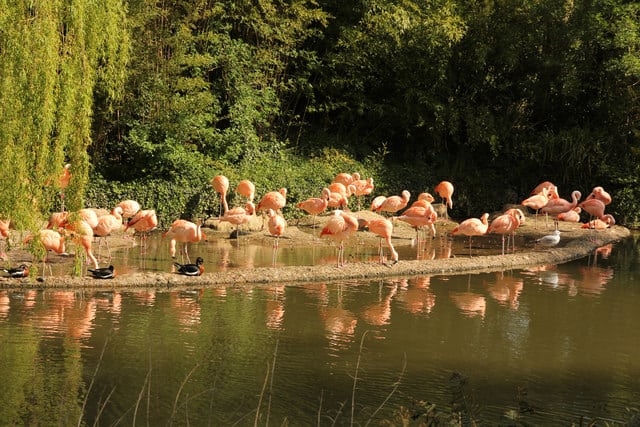