Girvan beach is a mile long wide sandy beach backed by large grass areas, with the beach stretching away from the harbour pier and it is just a short stroll into the town.

The is one of the most popular beaches in Ayrshire and has the facilities you would expect in and around Girvan itself. There are options to park at the northern pier end or the southern end, although the south has a cafe and toilets more facilities exist at the northern end and this is the main used stretch.

We have no current information on dog restrictions for Girvan Beach.

Why not check other beaches nearby as we have 2 beaches at Girvan, 26 beaches in Ayrshire, or check our list of Ayrshire Dog Friendly Beaches. 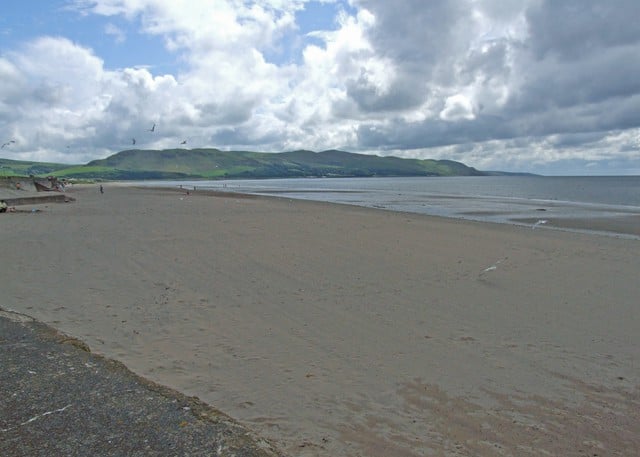 Girvan weather forecast from Yr, delivered by the Norwegian Meteorological Institute and NRK

Tide times are available at around 600 locations and the closest location to Girvan Beach is at Girvan 0.87 km (0.54 miles) away. Tides are displayed beneath for up to 7 days and we list both high and low water times along with the height. 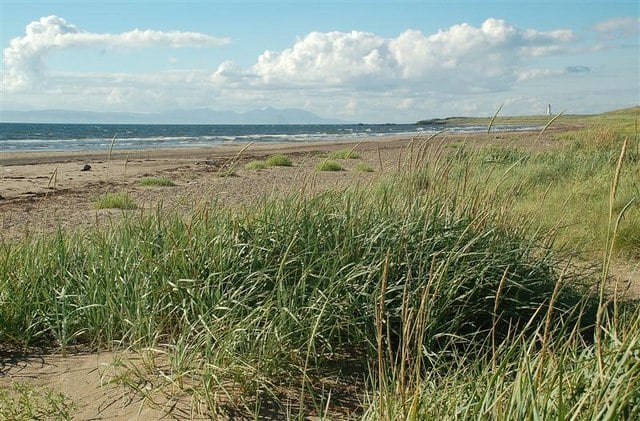 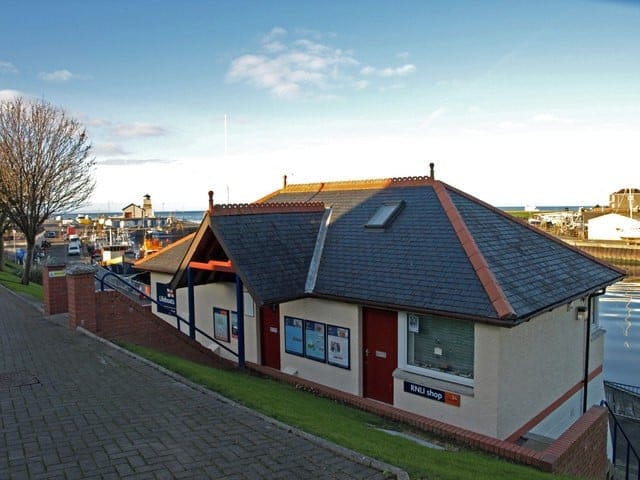 0.42 km
Girvan lifeboat station was established in 1865 and now operates an all-weather lifeboat from Girvan harbour. RNLI shop and station open during the summer and restricted times outside of the summer months. Read more…

0.54 km
The McKechnie Institute is situated in centre of the town of Girvan, South Ayrshire and is a community venue for local groups and the Carrick Arts Centre, as well as displaying items from the extensive McKechnie Institute collection. Opened in 1889, the Institute is a red sandstone, Scottish Baronial building with Renaissance detailing. The upstairs and downstairs galleries frequently house Read more…