Caisteal Abhail is a mountain on the isle of Arran in Ayrshire, Scotland.

The mountain forms the main part of a view known as ‘The Sleeping Warrior’ due to its resemblance to the profile of a recumbent figure. A deep gash on the eastern ridge is known as Ceum na Caillich (also known as the ‘Witch’s Step’.

The mountain is most frequently accessed from North Glenn Sannox, where there is a car park on the A841 road about 3 km west of Sannox. This starting point gives you a choice of the northern, northwestern or eastern ridges.

Isle of Arran weather forecast from Yr, delivered by the Norwegian Meteorological Institute and NRK 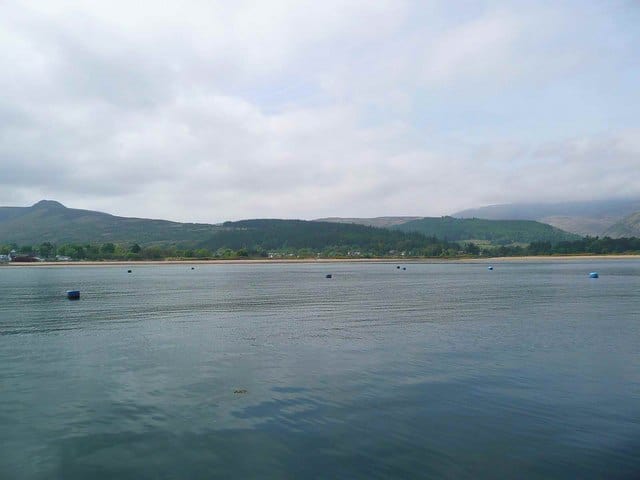 9.78 km
Brodick is the second-largest village (after Lamlash) on the Isle of Arran overlooking Brodick Bay. Brodick Bay south shore has a narrow band of sand, mixed grass, rock and shingle. The eastern end near the ferry terminal has a small harbor. The west shore of Brodick Bay has an excellent sandy beach and grassy fringe. From the beach you can Read more…

18.72 km
Blackwaterfoot is small village with a harbour overlooking Drumadoon Bay. The beach is a large flat sandy beach and is popular for horse riding. Share: Read more… 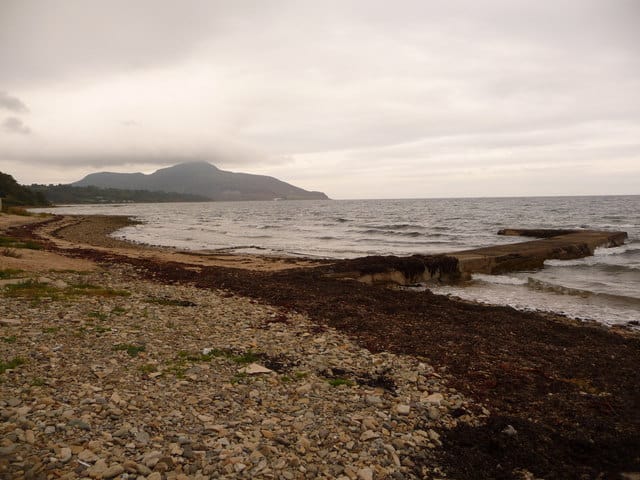 20.56 km
Whiting Bay is a beach with a mixture of sand and pebbles, with some good rock pools to explore. Parking available but all facilities in Lamlash village. Share: Read more…

4.17 km
Goat Fell is the highest peak on the Isle of Arran, Aryshire, Scotland. The peak is at 874 metres (2,866 ft), and is one of the four Corbetts (mountains in Scotland between 2500 and 3000 feet high) on the island. Goatfell is a very popular peak and there are a choice of ascent routes, with the most common and easy Read more… 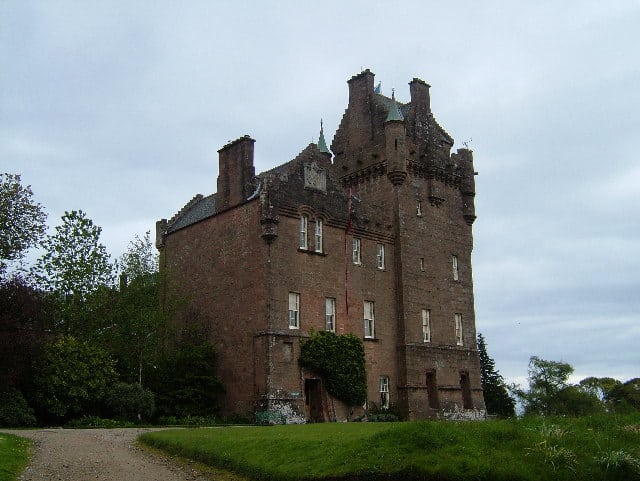 8.4 km
Brodick Castle was the ancient seat of the Dukes of Hamilton although a fortress has been on the site since at least the fifth century on account of its strategic position on the Firth of Clyde. The castle is open to the public during the summer, with Brodick Country Park open all year round, from the gardens you can enjoy Read more…

9.26 km
The Heritage Museum has exhibits reflecting the social history, archaeology and geology of the island of Arran. Share: Read more…

9.3 km
The Isle of Arran Heritage Museum is a museum dedicated to the social history and geology of Arran, situated north of Brodick. Opened to the public in 1979, the museum was once the site of a village school and now comprises a collection of several buildings where the exhibits are displayed. On-site there are also gardens to stroll around or Read more…