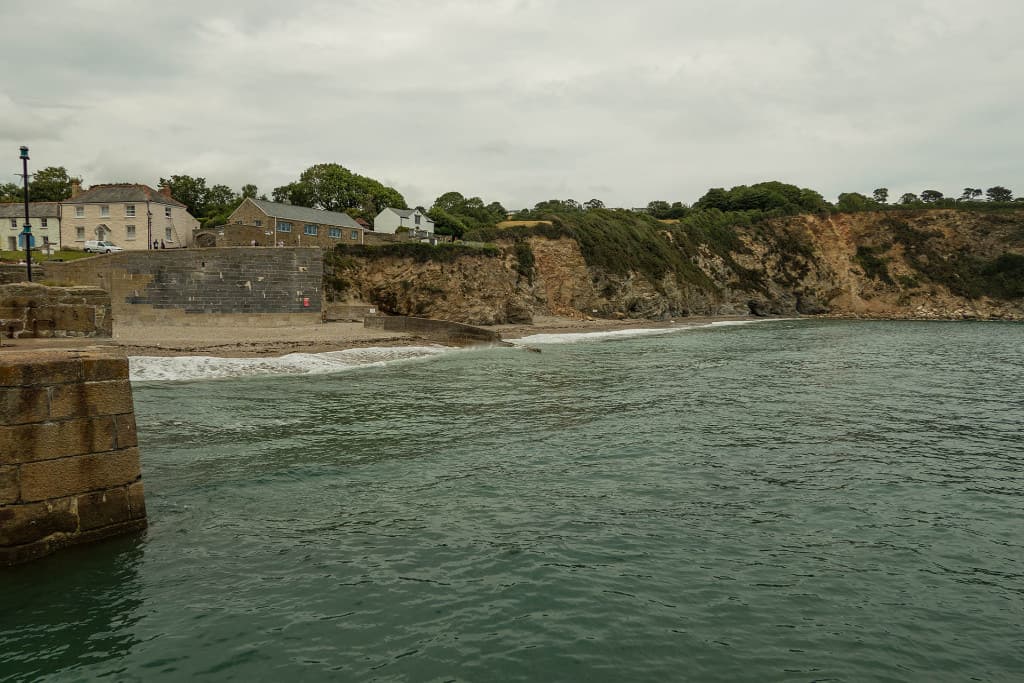 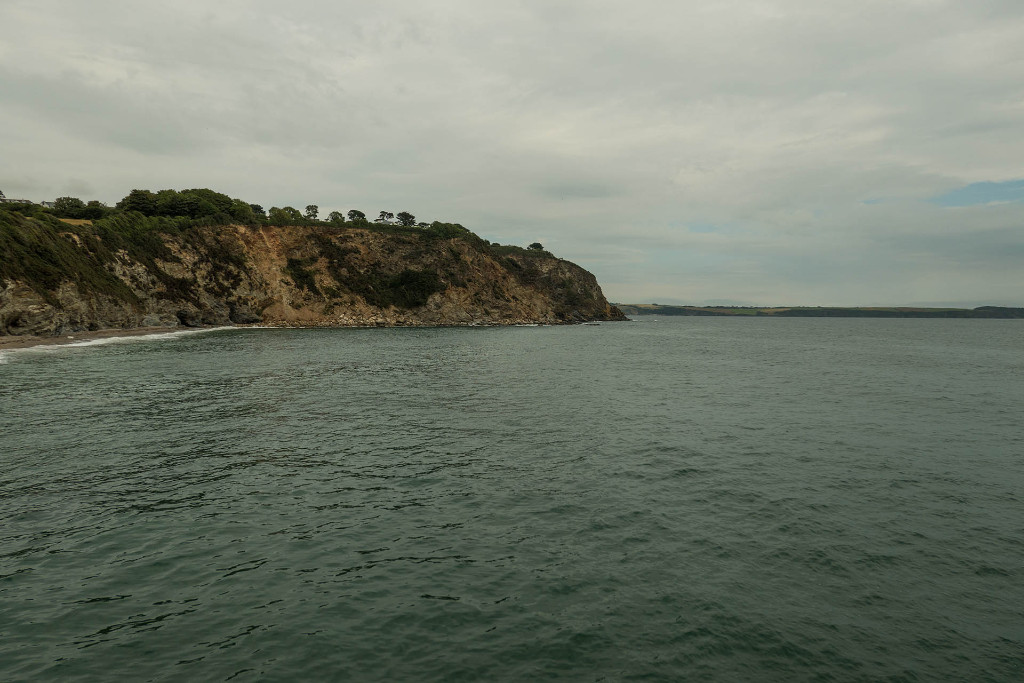 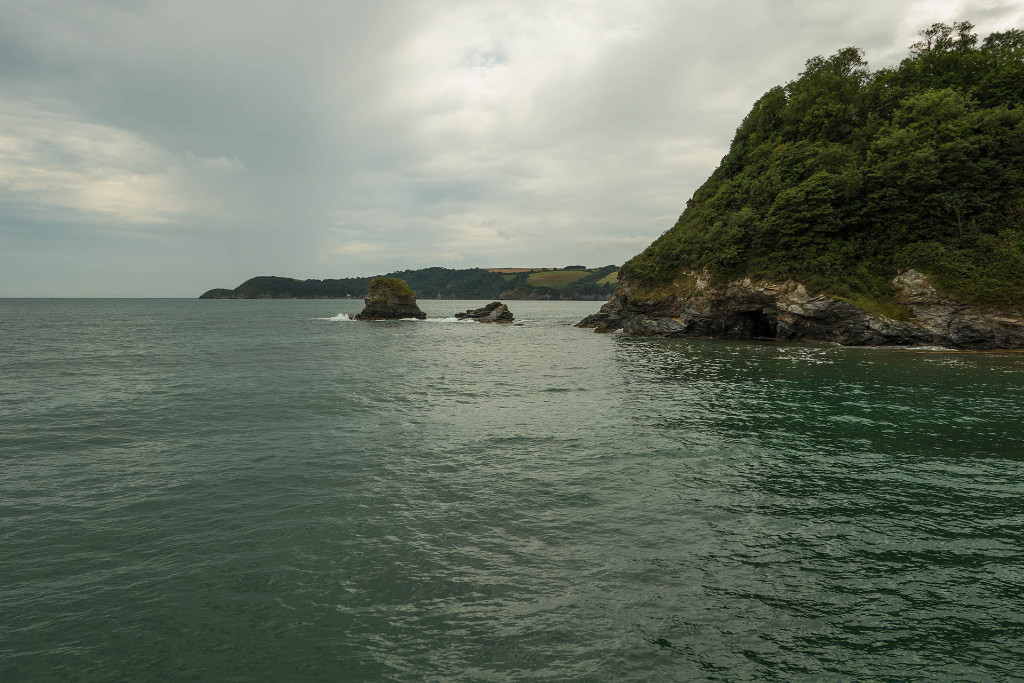 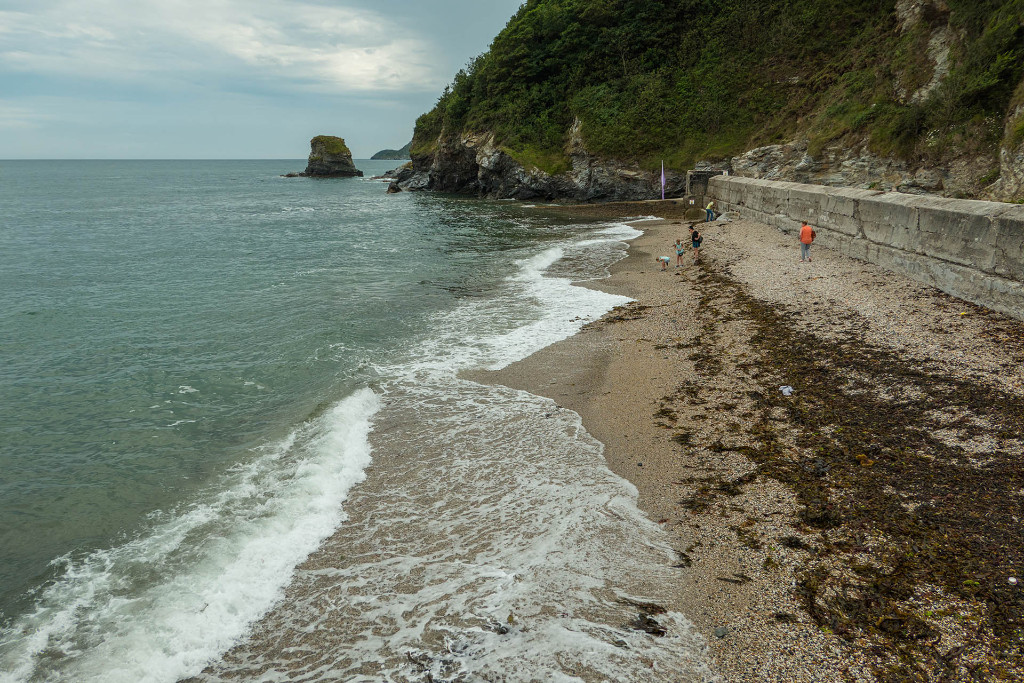 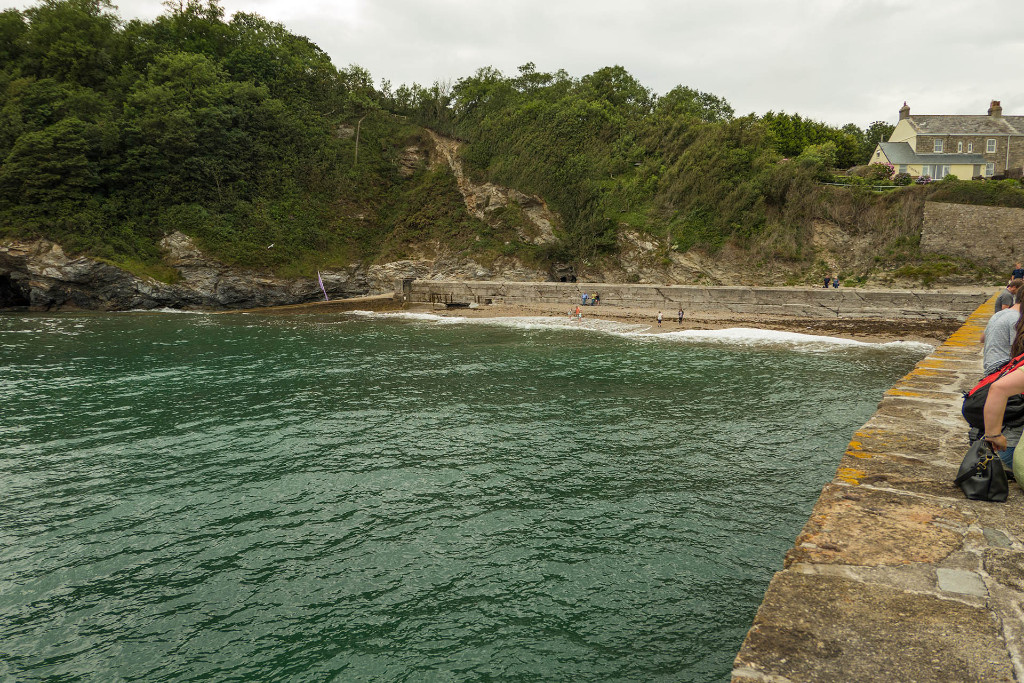 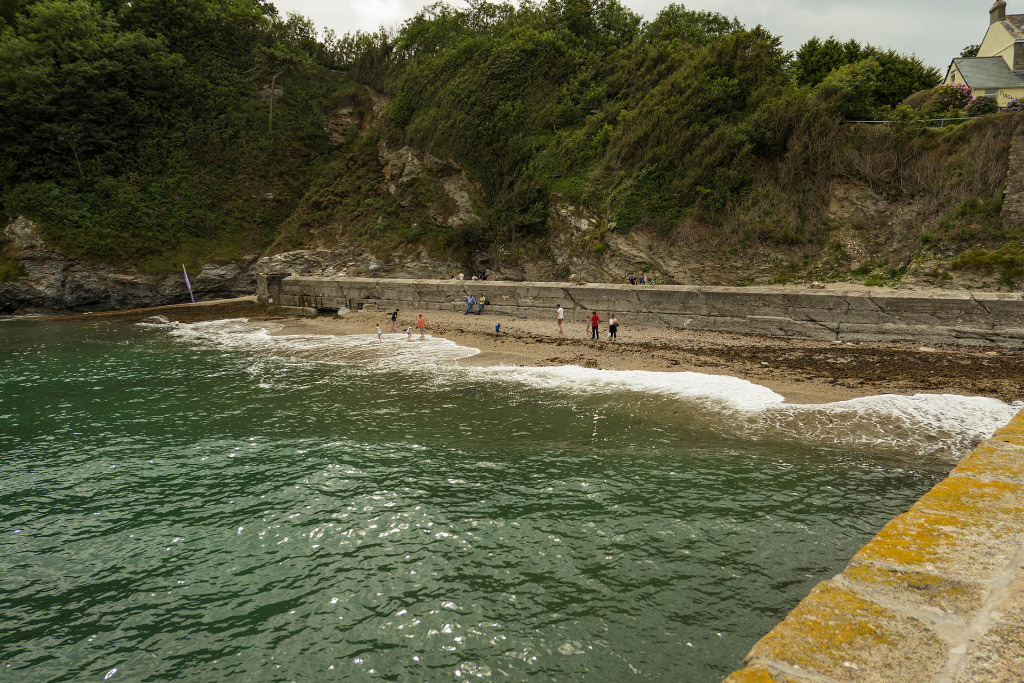 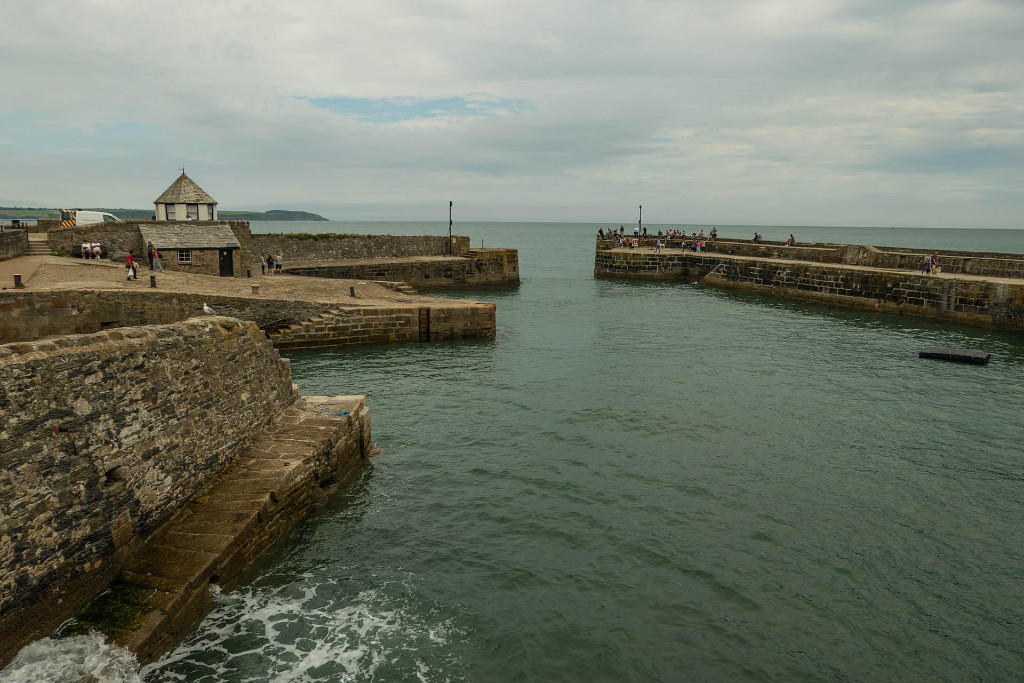 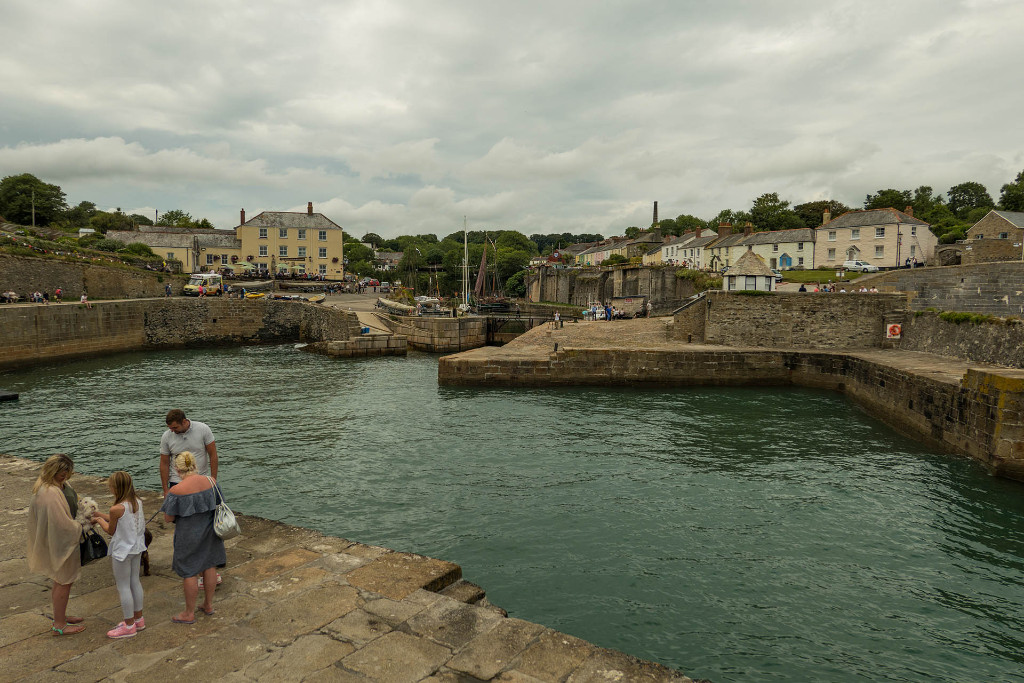 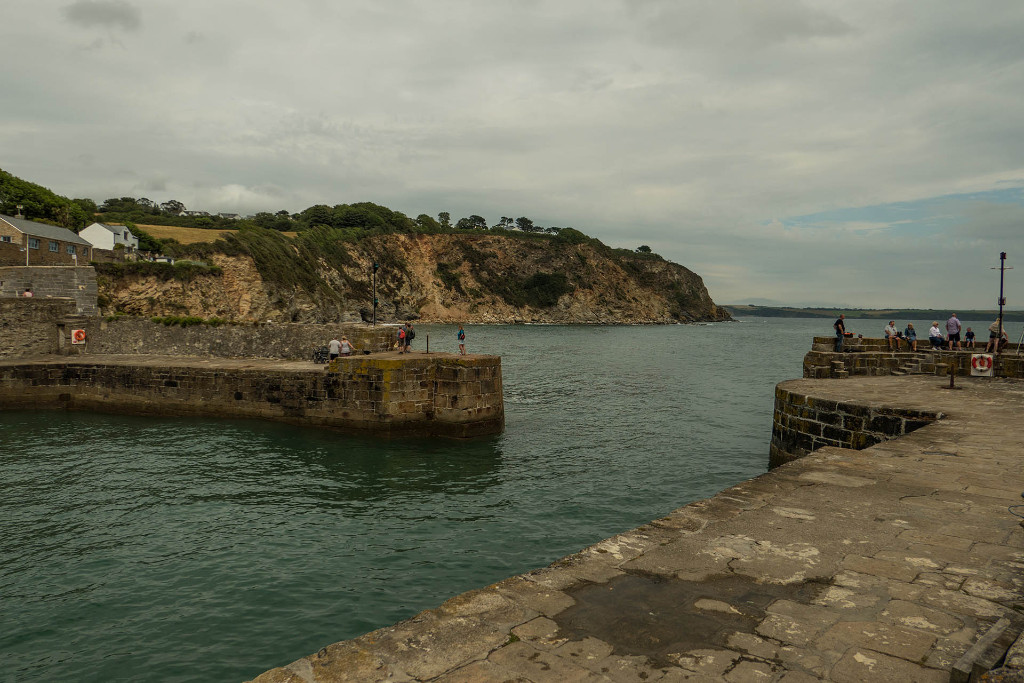 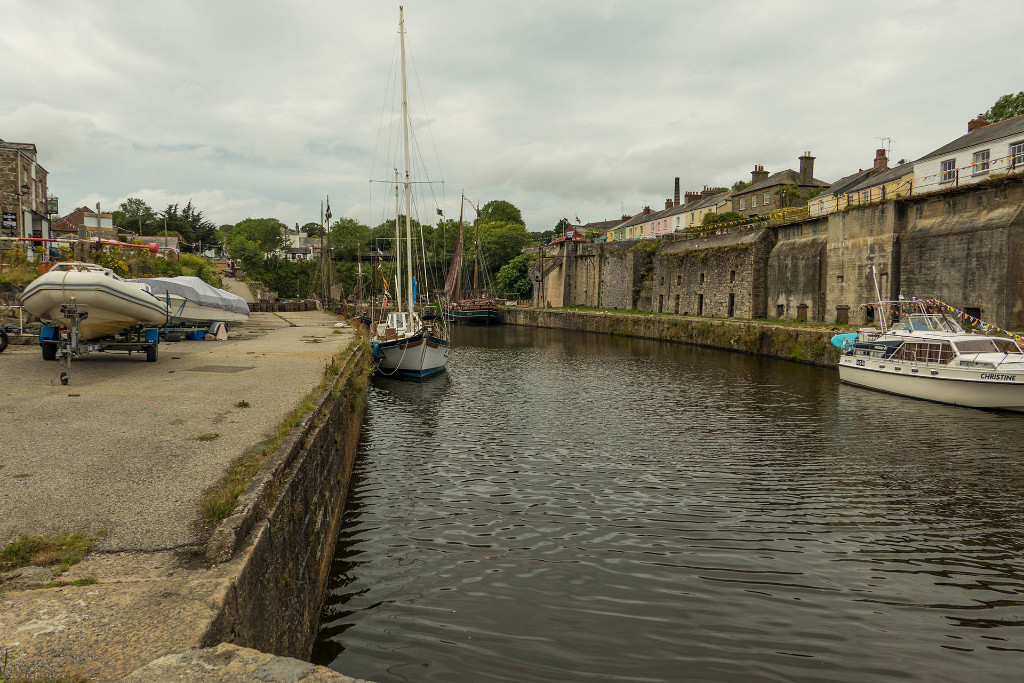 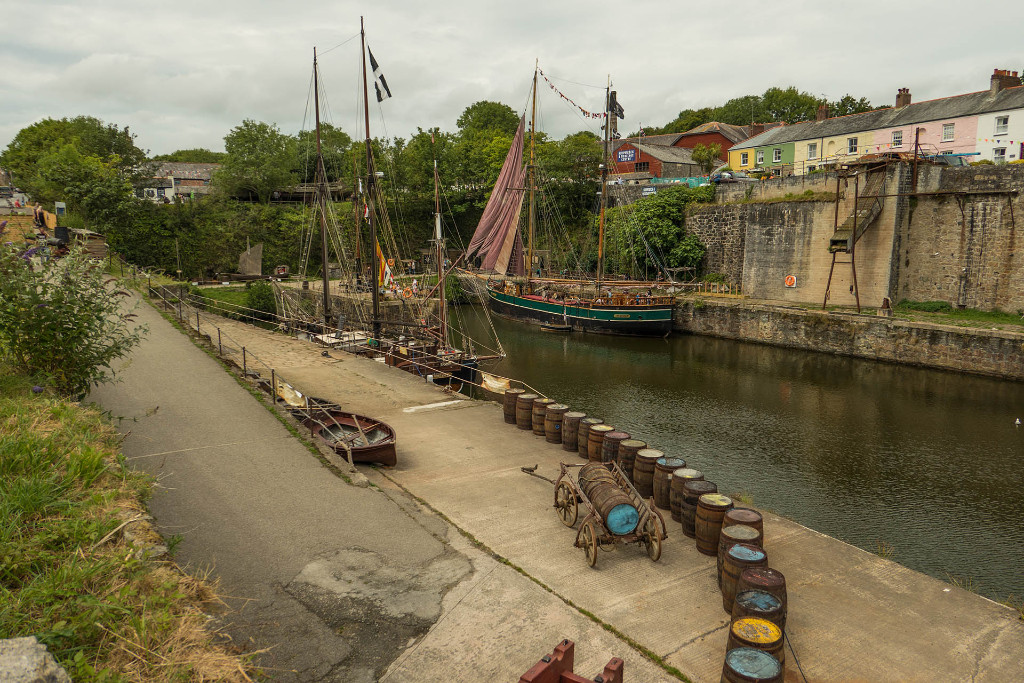 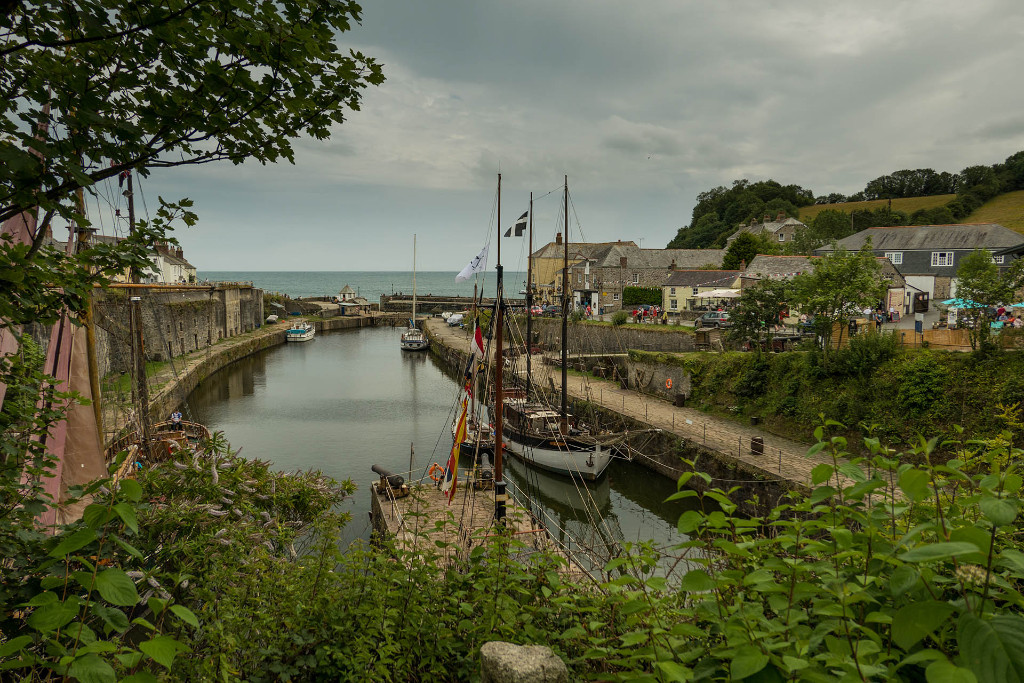 Charlestown is an unspoilt example of a late Georgian working port, still being used today. It offers two beaches on either side of the harbour.

The harbour dates back to between 1791 and 1801 when Charles Rashleigh a member of the local landowning family, built it in response to the growth of the local mining industry. Originally built to export copper and import coal, it was soon being used for the export of China Clay.

Today the port town remains unspoilt and retains much of its original Georgian character. This has lead to Charlestown being a popular location for film and television, and to some extent this has probably helped subsidise its existence and prevent development. Some of it’s credits include Poldark, Hornblower and Mansfield Park.

As well as being a harbour location Charlestown capitalises on it’s past by hosting a fleet of square riggers ships. There are usually at least one of these magnificent ships in the harbour adding to the overall character. The Shipwreck, Rescue and Heritage Centre is located in one of the old China Clay buildings and centre contains a number of exhibits relating to Charlestown’s maritime past along with more general shipwreck salvage from Cornwall’s coast.

The two beaches sit either side of the harbour and parking and all facilities within Charlestown are within easy reach.

We have no current information on dog restrictions for Charlestown Beach.

Why not check other beaches nearby as we have no beaches around St Austell, 215 beaches in Cornwall, or check our list of Cornwall Dog Friendly Beaches.

Our weather forecast for St Austell in Cornwall

Our tide forecast for Charlestown Beach in Cornwall. 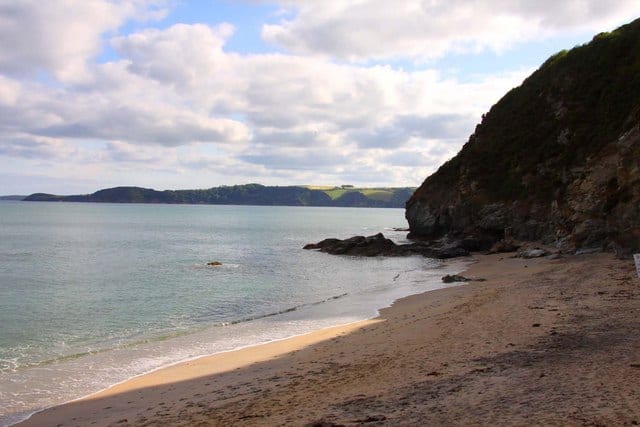 Favourite
1.76 km
Carlyon Bay is actually three beaches in one, to the west is Crinnis beach, in the middle is Shorthorn beach and to the east is Polgaver beach. This is a popular coast location backed by cliffs just outside of St Austell on Cornwall’s south coast. The beach has temporary toilets, pop-up eateries and car parking although the car park can get Read more… 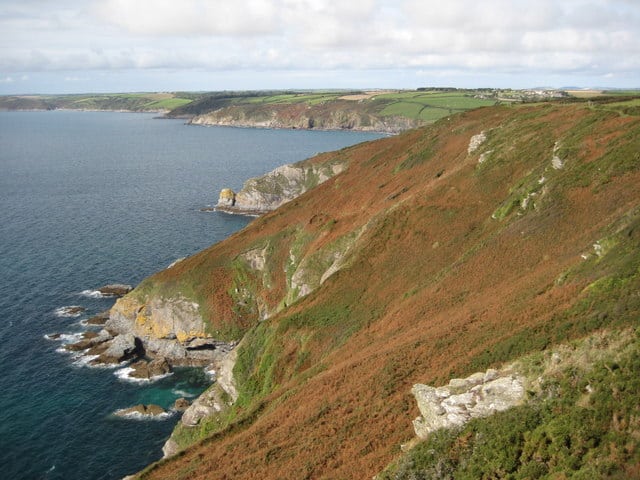 Favourite
12.55 km
Dodman Point is a 400-foot (120 m) high headland that was once an Iron Age promontory fort. At its seaward end is a large granite cross, erected to help protect shipping from this headland. It is mentioned in the shanty Spanish Ladies. Below the large stone cross, there is a way down to the bottom of the small cliffs and Read more…

Favourite
11.98 km
Hemmick beach is a small sandy beach to the west of Dodman Point. Relatively safe swimming. No facilities and the nearest small car park is some 15-20 minute walk away. Dogs allowed. Read more… 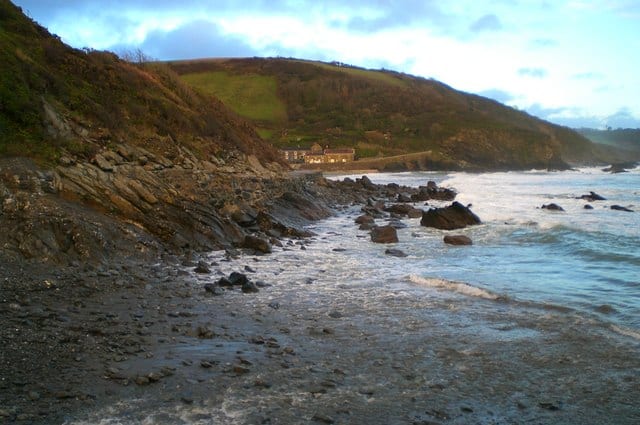 Favourite
13.09 km
Portholland beach, a large sandy beach joining the two hamlets of East and West Portholland. Portholland has two separate coves at high tide, but at low tide they are linked by a sandy beach and some rock pools. Facilities include limited parking, slipway, shop and toilets. Read more… 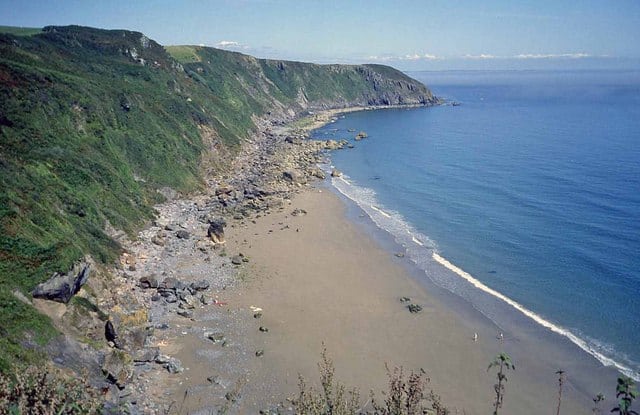 Favourite
9.69 km
Great Perhaver beach is just along the coast from Gorran Haven, lovely sandy beach with lots of rocks for kids to explore only accessible by boat or very steep and muddy footpath from field above the beach. No beach at high tide. Closest facilities are at Gorran Haven. We have no dog information for Great Perhaver beach. Read more… 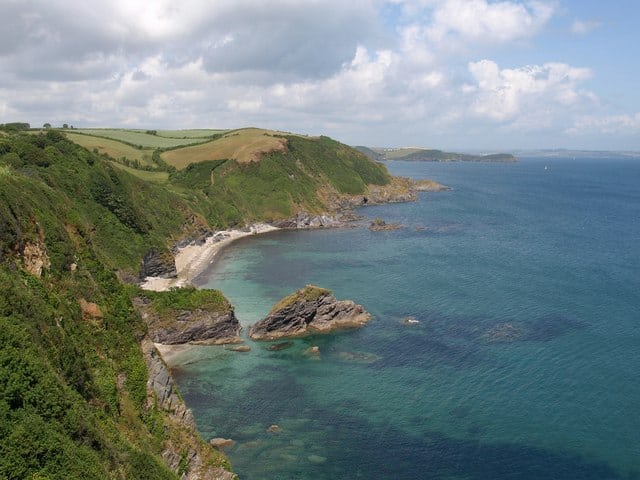 Favourite
6.58 km
Polstreath beach is fine sand and split in two by a stack, the smaller beach is known as Little Polstreath. The beach offers good swimming and a quieter alternative to Mevagissey around the corner. Hard to get to for the elderly and those with young children as the climb back up from the beach is quite steep. No facilities, nearest Read more… 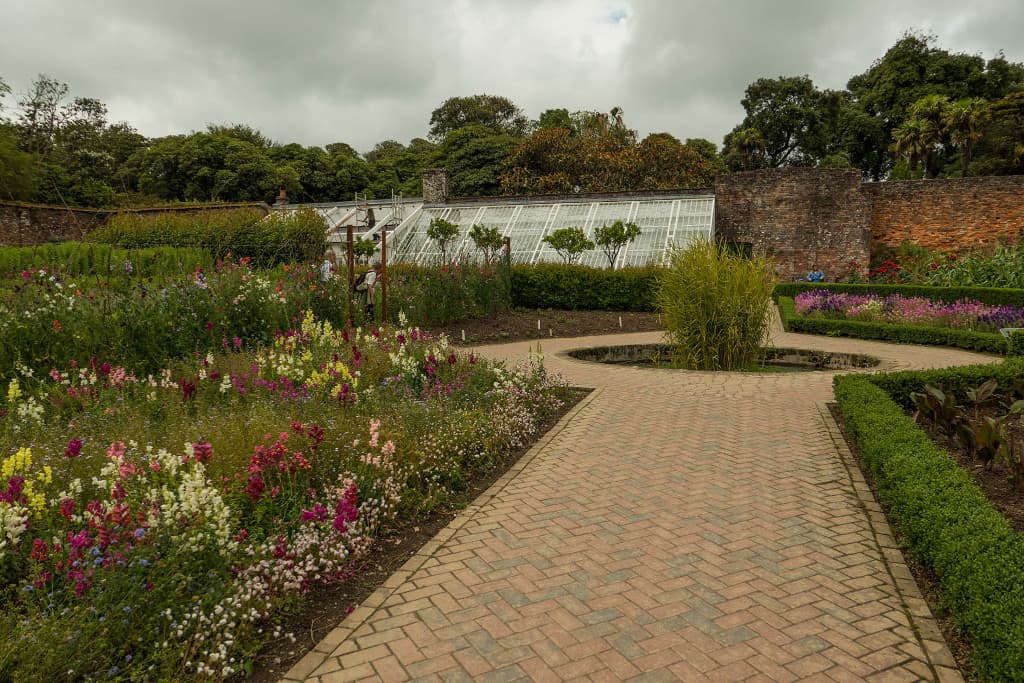 Favourite
6.42 km
The Lost Gardens of Heligan are one of the most popular botanical gardens in the UK. The style of the gardens is typical of the nineteenth century Gardenesque style, with areas of different character and in different design styles. The gardens were created and enhanced by members of the Tremayne family, over a period from the mid-18th century up to Read more…

Favourite
3.66 km
The Eden Project just outside St Austell, Cornwall has artificial biomes filled with plants that are collected from all around the world, and is located in a reclaimed Kaolinite pit. The Eden Project two giant adjoining domes, the first dome emulates a tropical environment, and the second a Mediterranean environment. From the entrance there is a meandering path with views Read more… 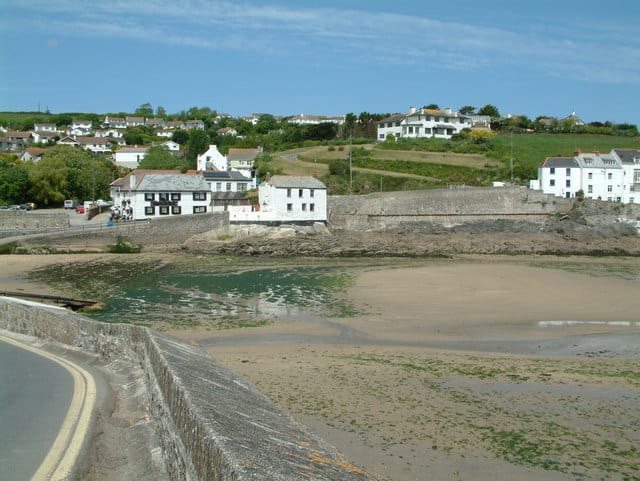 Favourite
7.91 km
Portmellon beach is in a small cove with a sand and shingle beach at low tide. Facilities include pub, slipway and pimited parking nearby, more car parks in Mevagissey (20 minute walk). Read more… 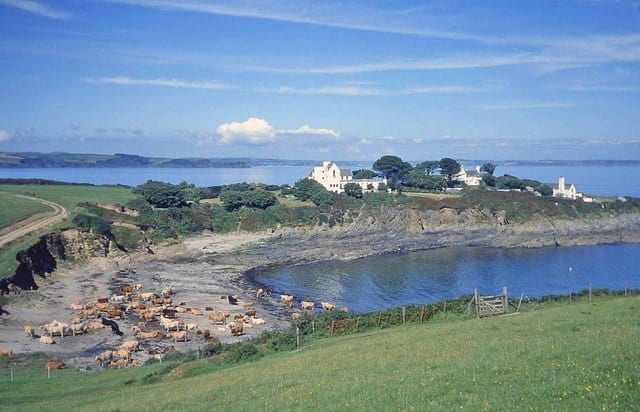 Favourite
8.46 km
Colona beach is a small sandy secluded beach between Turbot Point and Chapel Point. The beach is good for swimming and exploring rock pools. None, only access on foot. We have no dog information for Colona beach. Read more… 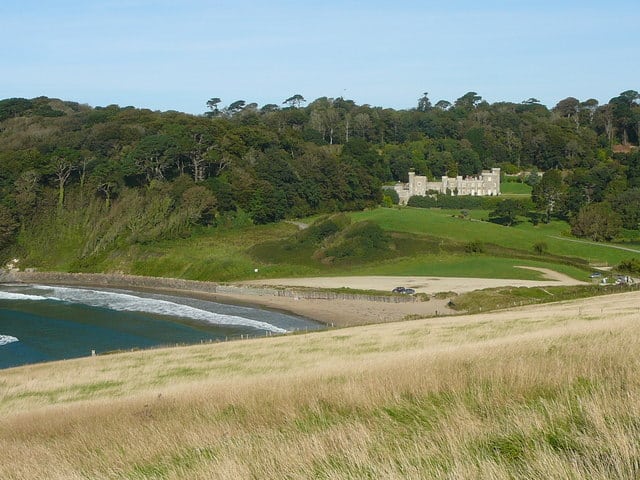 Favourite
12.02 km
Caerhays Castle was designed by John Nash at the start of the 19th century, there are the Gardens and parkland with the magnificent camellias and rhododendrons for which the estate is world famous and the National Magnolia Collection which has a home here. Read more… 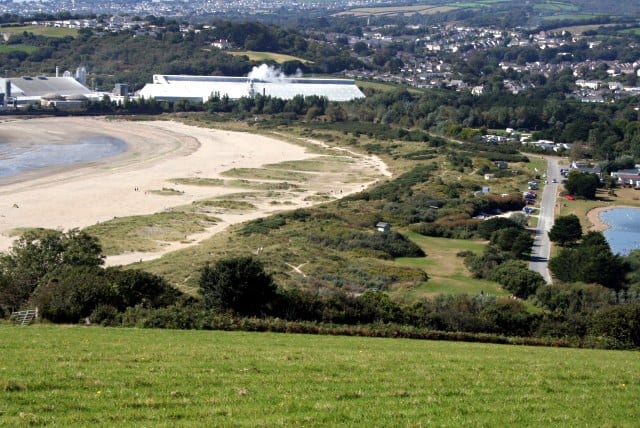