A lighthouse was first established at Flamborough by Sir John Clayton in 1669 but was never kindled. The name Flamborough was first thought to be derived from it being the place of the flame, but in the Domesday book, the word is spelt “Flaneberg”, possibly from the Saxon “Flaen” meaning a dart, which the shape of the headland resembles.

The present lighthouse, designed by architect Samuel Wyatt, was built by John Matson of Bridlington in 1806 at a cost of £8,000. It was first lit on 1st December of that year. The original lighting apparatus was designed by George Robinson and consisted of a rotating vertical shaft to which was fixed twenty-one parabolic reflectors, seven on each of the three sides of the frame. Red glass covered reflectors on each side, giving for the first time in lighthouse characteristics two white flashes followed by one red flash. This was an innovation quickly adopted elsewhere. The lighthouse was oil-burning, with an equivalent candle power of 13,860.

2.03 km
The bar and cafe is located in the car park just above North Landing beach and is part of the large Haven Holiday Village. Share: Read more…

2.79 km
Thornwick Bay cafe is situated on the cliff top at Thornwick Bay. The cafe serves hot and cold food and is open during Spring, Summer and Autumn seasons. Share: Read more…

The Prior John Pub

7.85 km
The Prior John is a Wetherspoon pub in Bridlington, East Yorkshire. Our pub offers a range of real ales, craft beers and freshly ground Lavazza coffee. Breakfast is served until noon, with our full food menu available until 11 pm.     Share: Read more… 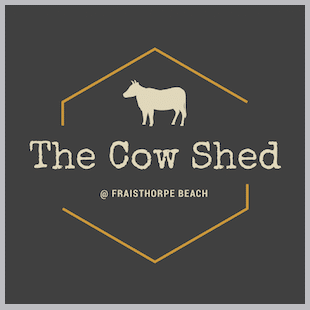 11.63 km
The Cow Shed is located at Fraisthorpe Beach and offers home-cooked food using locally sourced ingredients. The cafe is a dog-friendly cafe easily accessed from the beach. Why not come and enjoy a homemade scone or cake created by our own baker, whilst enjoying a coffee of your choice or a pot of Yorkshire tea. Share: Read more… 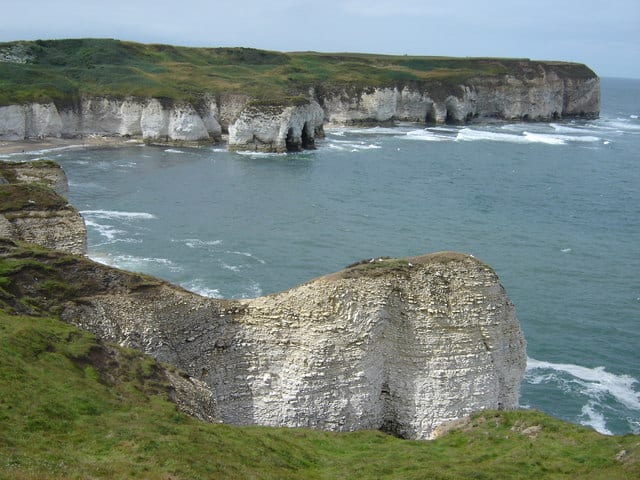 0.32 km
Selwicks Bay is by Flamborough Head and has something to offer almost everyone. The beach is sand/gravel backed by high white chalk cliffs and at low tide, a long stretch of chalk platform is exposed containing lots of rock pools that offers great exploring opportunities. Like a lot of this coastal area, either side of the bay has caves and great care Read more… 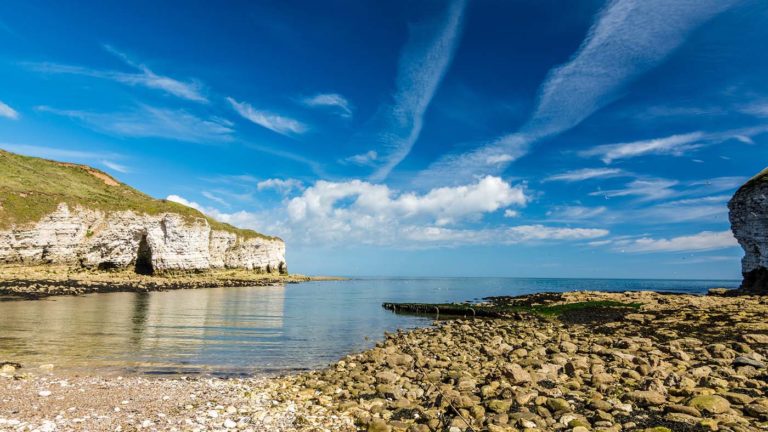 2.19 km
North Landing beach at Flamborough near Bridlington is a small bay with a sandy beach with pebbles and rocks backed by cliffs. The beach is also known as Flamborough North beach and has a decommissioned lifeboat station and slipway. A great family beach where you can relax and play on the sand, explore the rock pools or for the more Read more… 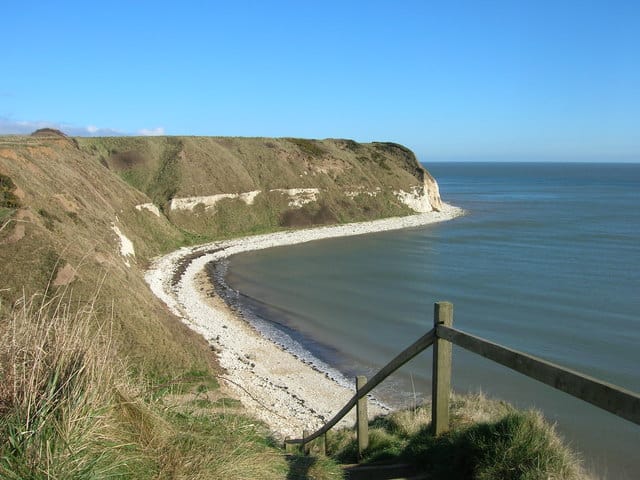 2.66 km
South Landing beach is on the south side of the Flamborough Headland near Bridlington. South Landing beach is a curving sandy and pebble beach under cliffs. A great family beach where you can play traditional beach games, picnic and explore the rock pools. The surrounding woodland and Flamborough cliffs are great to explore and observe a wide selection of sea Read more… 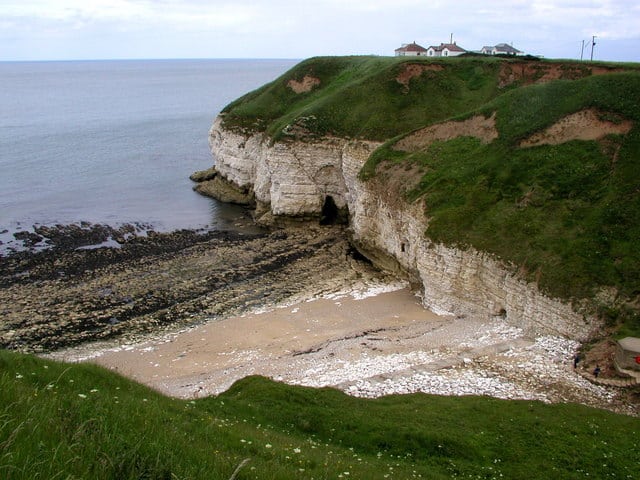 2.71 km
Thornwick Bay is a beautiful bay located on the Yorkshire Coastline at Flamborough Head near Bridlington. The bay does not have much sand and is a mix of shingle, pebbles and flint under some magnificent cliffs. You also have the smaller bay of Little Thornwick Bay and it is possible to walk between both beaches at low tide and a Read more… 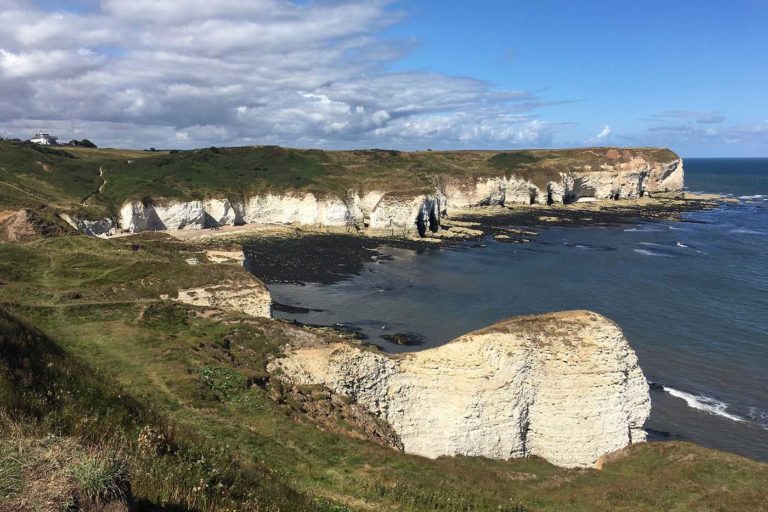 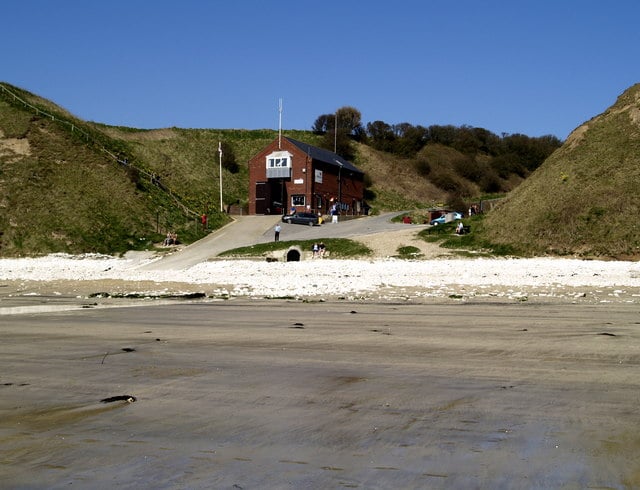 2.71 km
Flamborough lifeboat station was established in 1871 but went through a major rebuild in the early 1990’s, with the station now operating an inshore lifeboat. The station is open to the public during the summer and has a gift shop. Originally Flamborough had two stations this one at South Landing and one at North Landing. This strategic positioning on either side of Read more… 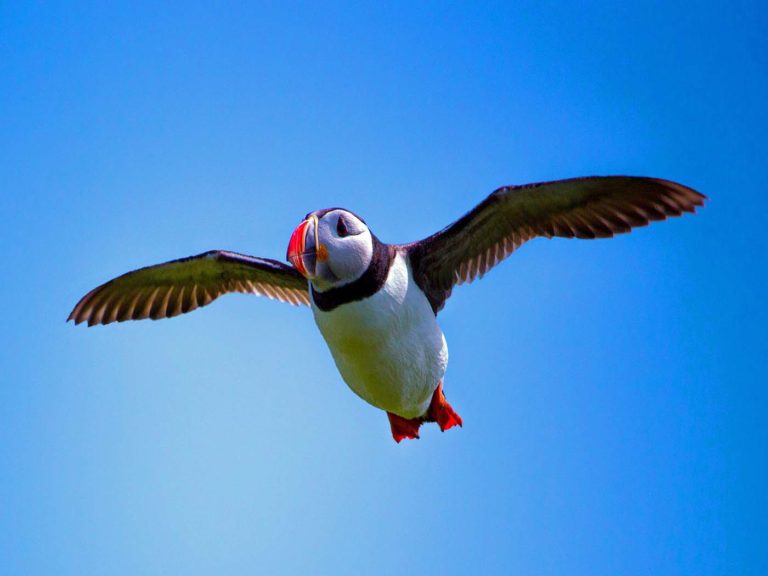 6.6 km
RSPB Bempton Cliffs located to the north of Bridlington has around half a million seabirds gather here between April and October on the high chalk cliffs overlooking the North Sea and the grassland and scrub on the cliff tops. Bird species vary depending on the time of year. Nature trails include: The Cliff Top Trail is 2 miles long. The Read more… 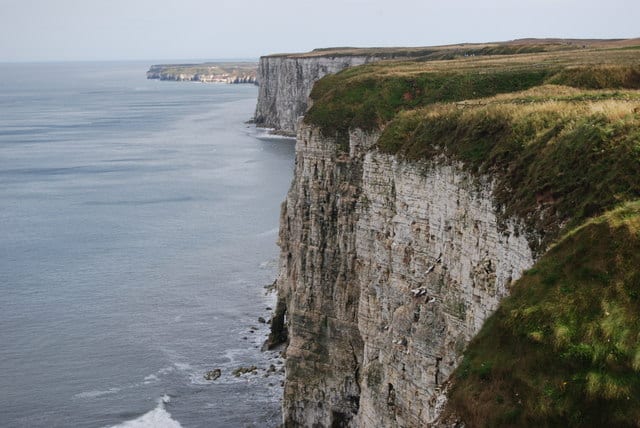 6.63 km
Bempton Cliffs is great for families with access to see more than 200,000 birds (from April to August) on the white cliffs. Specially-created cliff top viewpoints are wheelchair accessible with care. Species include gannets, guillemots, razorbills, kittiwakes and fulmars. Dogs allowed but must be kept on lead. Share: Read more…