Battle Abbey and 1066 Battle of Hastings Battlefield for a fantastic family day out!

The exhibitions and the interactive displays bring the battle to life and gives you a really vivid idea of what happened in England at the time of the conquest.  There is an audio tour which is complete with battle sounds and voices to create the atmosphere of this epic war as you roam the abbey ruins and stand where King Harold died.

The Battle of Hastings took place in October 1066.  Duke William of Normandy defeated the British King Harold and it is known as the most famous battle ever fought in the country.

William of Normandy was then crowned as King William I which meant the end of Anglo Saxon England!  This marked the advent of Common Law in England which still affects us today 1000 years later.

The abbey was built in 1070 by King William then known as ‘the conqueror’.  It was a symbol of his victory and served as a memorial to the dead whose corpses covered the fields for over 100 acres of the battle site. It stands today as a symbol of Norman triumph over England and its said that the high altar in the church itself stands on the spot that King Harold died on.

Abbey museum explores the history of the abbey and contains a selection of historical items found during excavations of the site. Children will also enjoy the Discovery Centre which is open at weekends during the season and throughout the school holidays.

See the 1066: The Battle for England exhibition.

Battle weather forecast from Yr, delivered by the Norwegian Meteorological Institute and NRK

9.09 km
The John Logie Baird is a Wetherspoon pub in Hastings, East Sussex. Our pub offers a range of real ales, craft beers and freshly ground Lavazza coffee. Breakfast is served until noon, with our full food menu available until 11 pm.     Read more…

9.94 km
Beach: Hastings Beach View: Located just above Hastings Fish Market What’s on the menu?: Fish & chips, seafood And something else…. Maggie’s opens at 5am to serve the fishermen and closes just after lunch. Hailed far and wide as the best ever fish and chip shop! Read more…

20.02 km
Beach: Eastbourne Beach View: Located right on the beachfront, with stunning views overlooking the beach and sea What’s on the menu?: Mediterranean cuisine in New England style décor And something else…. They have seating indoors and out for over 200 people. Read more…

21.28 km
Beach: Camber Sands View: Part of the Gallivant Hotel, the Beach Bistro can be found opposite the dunes of Camber, overlooking 5 miles of pristine sandy beach. What’s on the menu?: A New England style bistro with a menu centred around freshly caught, local fish. And something else… When the sun shines, they open a marquee on their driftwood decking, Read more… 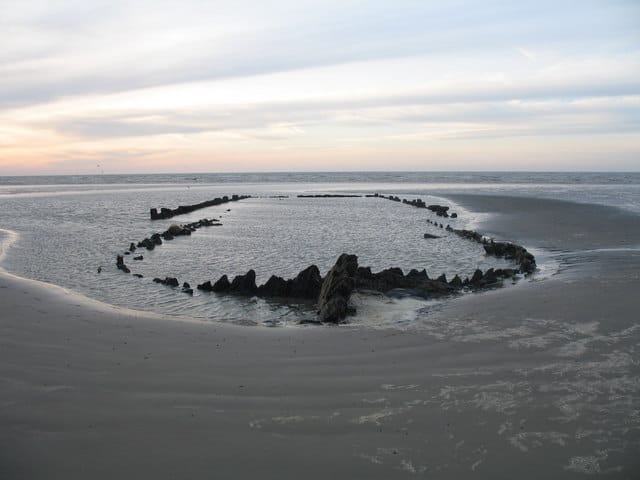 7.73 km
Bulverhythe beach is pebbles and sand at low tide. The wreck of the Amsterdam is a feature of the Bulverhythe beach. The tops of its ribs being exposed in the sands. The Amsterdam was a large Dutch East Indian and ran ashore in a gales January 1749. A viewing platform and information boards give directions but care must be taken Read more… 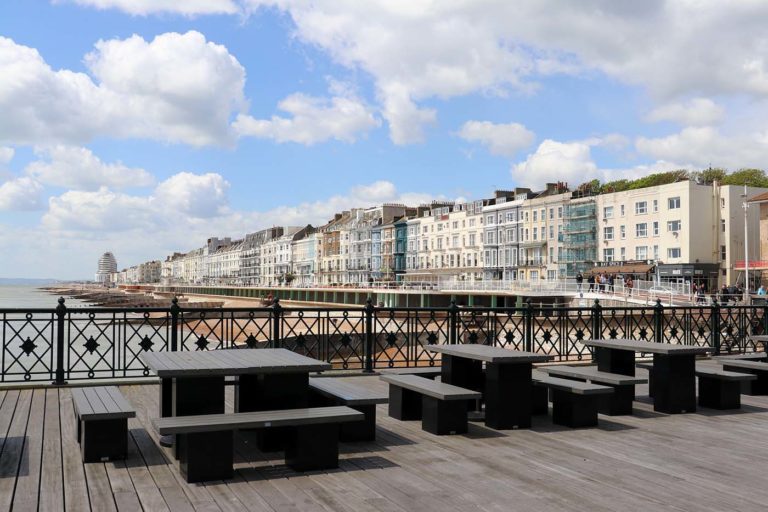 8.59 km
St. Leonards beach, also known as Marina beach, runs westwards from the Hastings Pier. The beach is shingle and has large sandy areas as the tide goes out. The town of St. Leonards-on-Sea is often thought to be Hastings but although they are joined together, is a different town being full of Regency terraces and squares that back away from Read more… 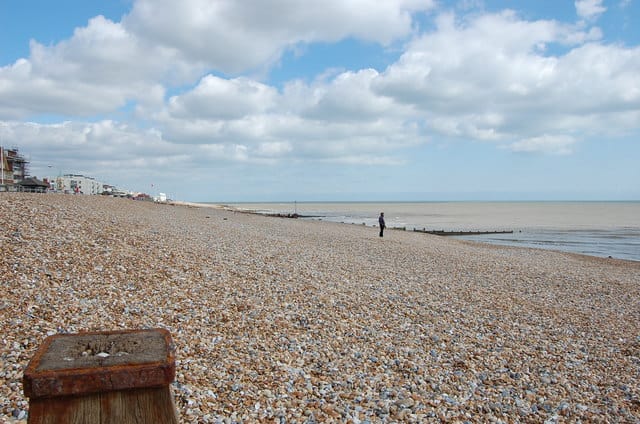 8.89 km
Bexhill is perfect for a day out at the seaside, with two miles of promenade running behind a long, gently shelving shingle beach with stretches of sand when the tide goes out. Bexhill is thought to be the first UK beach to allow mixed bathing; where men and women could swim at the same beach. Food options available in Bexhill Read more… 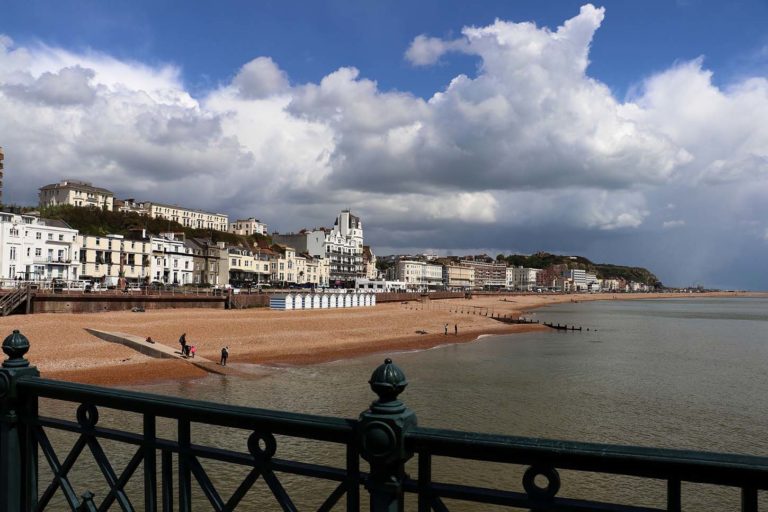 9.66 km
The main family beach in Hastings is also known as Pelham beach and consists of pebbles but as the tide goes out you get plenty of sand to enjoy. The beach sits between Hastings Pier and the East cliffs in front of Hastings old town. The beach is part of a long seafront and the beach stretching to the west Read more… 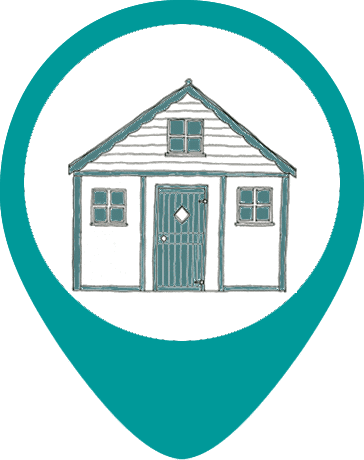 8.48 km
Victoria Chalets are located at Marina on St Leonards beach. These ten seasonal wooden chalets are available for weekly hire from March – September. Hire starts at 14:00 on the commencing Saturday and terminates at 11:30 noon on the vacating Saturday. Beach huts should only be used during the hours of daylight and should never be used for overnight accommodation. Read more…

21.88 km
Eastbourne beach has a two options for casual daily and weekly rental of beach huts. Traditional beach huts in the main resort beach next to the lifeguards, these have no utilities but do have 2 deckchairs and access to free beach showers Modern looking iconic beach huts located on Marine Parade and facilities include kitchenette, electricity (pay meter) and running Read more…

0.4 km
The Museum has a collection covering million years of history in Battle and the surrounding East Sussex area. Read more…

7.8 km
Alexandra Park is a public park originally planned out by Robert Marnock and occupies approximately 109 acres (0.44 km2). It was formally opened by the Prince and Princess of Wales on 26 June 1882. The park features several small water reservoirs that provide popular locations for leisure fishing within the town. The lower area of the park has several public Read more…

8.74 km
Hastings Museum contains a good mixture of fine paintings and china, the cultures of other lands, well-known personalities such as John Logie Baird and Robert Tressell, and a contrasting view of local wildlife today and as it would have been 150 million years ago. There are plenty of special features for children, with fossils that transform into dinosaurs, prehistoric crocodiles Read more…