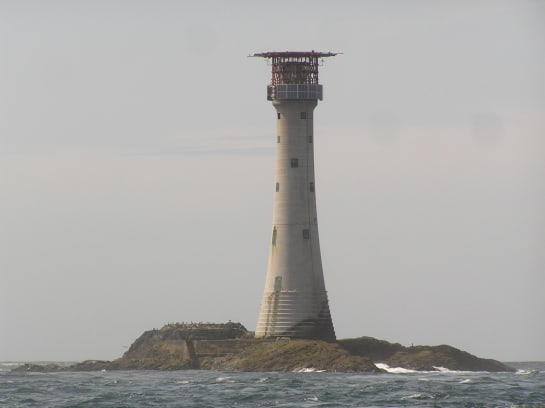 For over 200 years the Smalls Lighthouse has been acting as a guide and hazard warning to passing ships. John Phillips, a Welshman, first conceived the idea of setting a lighthouse on the Smalls, one of two tiny clusters of rocks lying close together in the Irish Sea, 21 miles off St. David’s Head in Wales, the highest peak of which projects only 3.5 metres above the highest tides.

Although the lighthouse was described in 1801 as a “raft of timber rudely put together” it survived for 80 years. Whiteside’s design of raising a super-structure on piles so that the sea could pass through them with “but little obstruction” has been adopted since for hundreds of sea structures.

The present lighthouse was built under the supervision of Trinity House Chief Engineer, James Douglass. Its design was based on Smeaton’s Eddystone tower and it took just two years to build being completed in 1861.

Smalls weather forecast from Yr, delivered by the Norwegian Meteorological Institute and NRK