Blackness Castle is a 15th-century artillery fortress although strengthened during the 16th-century, near the village of Blackness on the south shore of the Firth of Forth.

As the castle points into the Forth with a shape that is long and narrow, the castle has been referred to as “the ship that never sailed”.  The north and south towers are often named “stem” and “stern”, with the central tower called the “main mast”. 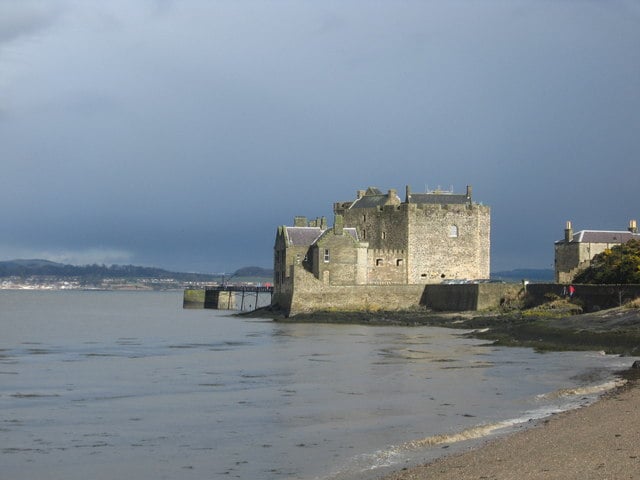 3.55 km
Hopetoun House is a stately home located near South Queensferry, west of Edinburgh in Scotland. This grand residence is the ancestral home of the Earl of Hopetoun. One of Scotland’s finest houses, Hopetoun is situated in beautiful grounds, surrounded by sweeping parklands and lakes. It was built around 1700 and was designed by William Bruce. Today, Hopetoun is open to Read more…

6.02 km
Linlithgow Palace was once one of the main residences of the kings and queens of Scotland, but following a fire in 1746, is now a magnificent ruin. You will find the Palace in the town of Linlithgow in West Lothian. Visit the splendour of Linlithgow which is open to the public all year round. In summer you can also tour Read more…

7.75 km
The River Avon Heritage Trail is a lovely waterside walk of 9 miles which links Linlithgow with Avonbridge in West Lothian, Scotland. It can be walked in either direction and along the way you will see how the river Avon flows along calm stretches and then rushes over weirs, waterfalls and through narrow gorges. There is a great variety of Read more…

8.37 km
Queensferry lifeboat station was established in 1967 and now operates one inshore lifeboat. Station open by appointment only and shop open daily between Easter and December, although November is subject to weather. Read more…