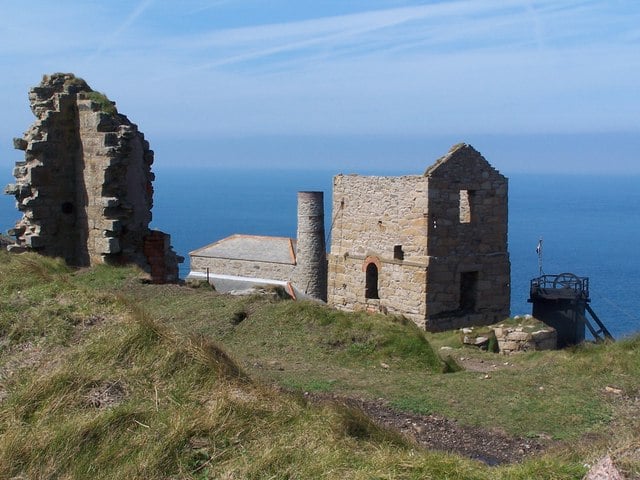 Here we list the most significant locations used in filming, starting at Padstow the most northerly point used and then head in an anti-clockwise direction around the coast and finishing at Charlestown.

Padstow was as far north as the series went. Some of the cliff scenes were filmed in the Padstow area with spectacular views from Harbour Cove/Tregirls beach across the Camel Estuary.

Porthcothan beach is between Padstow and Newquay. The beach is backed by grassy dunes and enclosed with craggy headlands, in the series was used as Nampara land along with shots of Hendrawna Beach.

The cliff tops at Park Head offer stunning views across to the towering sea stacks at Bedruthan Steps and shows off North Cornwall’s dramatic coast. Scenes featured Ross on horseback galloping across the headland.

Holywell Bay is a large beach of golden sand backed by grass-covered dunes. In the series, you can see the beach and its iconic Gull Rock as a backdrop to many scenes.

St Agnes Head marks the top of the St Agnes Heritage Coast that stretches down to Godrevy Head near St. Ives in the south.

On this coastal route, you get the iconic Wheal Coates engine houses perch on the cliff edge by Chapel Porth beach, this was Nampara Valley part of Poldarks’ family estate.

The stretch of west Cornwall coast between Levant and Botallack is a prime example of the mining heritage, that at its peak about 100 mines employed 1000 miners across this dramatic and wild coastal landscape. The National Trust Levant Mine plays the role of the fictional Tressiders Rolling Mill while Owles and Crowns near Botallack stared as Wheal Leisure.

We have now swung round Lands End and arrived at Porthgwarra the once thriving and secluded fishing cove. The cove has some interesting tunnels cut into the rocks by the fishermen to improve access. The cove appeared in a few scenes but the most popular was in series one featuring Ross taking a swim whilst Demelza watched from the cliff top above.

Porthcurno is a beautiful beach situated below the high cliffs that now host the Minack Theatre. The location represented Nampara Cove with gorgeous fine soft sand and turquoise sea. In episode two, Ross and Demelza walked along Porthcurno beach in a sequence on a sunny day.

The cliffs of Gwennap Head just along from Porthcurno provided the backdrop to some shots.

Church Cove relived its smuggling past when night-time ship wrecking scenes were filmed.  The sandy cove is an attractive beach where the name comes from a small church set below the low cliffs at the northern end of the beach.

Kynance Cove has white sand, turquoise sea and high rocky sides. The beach is one of South Cornwall’s must-visit beaches and the cove doubles up as Poldark’s Nampara.

We now finish our Cornwall Poldark coastal trip at Charlestown near St Austell. A visit to Charlestown takes you back in time to a late Georgian port (Grade II Listed harbour) with its collection of ships and unspoilt appearance. No wonder in Poldark this became Cornwall’s capital Truro.

We hope you enjoyed our Poldark trip around Cornwall’s beautiful coastline, for more information and interactive maps visit our Cornwall pages.

Many of Poldark’s Cornish Coast locations are looked after and maintained by the National Trust and we would recommend an NT membership as just a visit to the sites described above will save you in the long run. For more details visit the National Trust website.