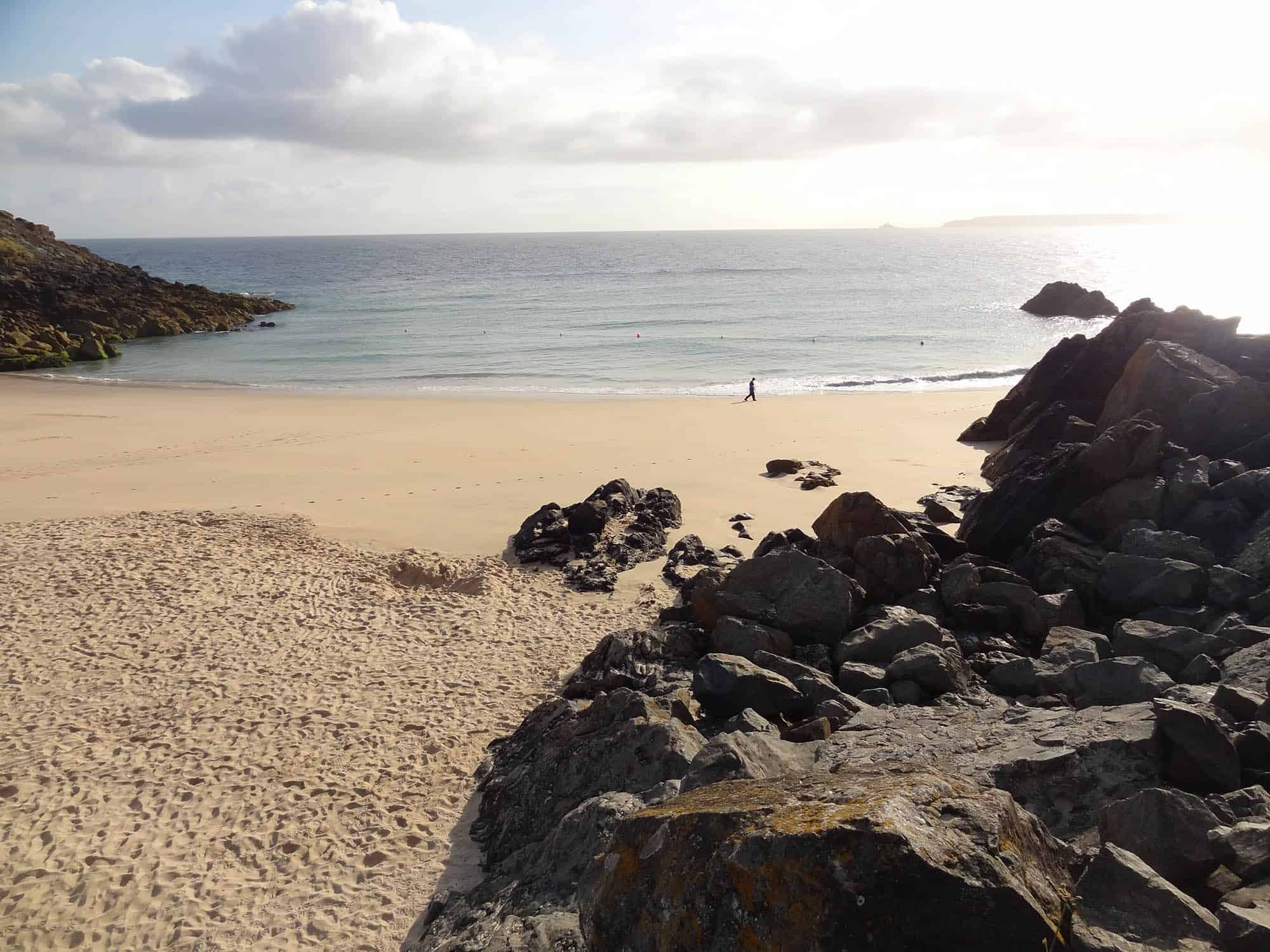 Cornwall was relatively undiscovered by tourists until the last decade when people started to appreciate its stunning coastline and quirky fishing villages. Now many people choose to take a driving holiday in Cornwall as there is so much to be seen and enjoyed. We hope you will enjoy the following route which was featured in ‘Drives of the Lifetime’ by National Geographic.

Overview of the Route

While some of Cornwall’s highways are two-laned (usually labelled “A” or “B”) be prepared for narrow roads for most of the route. Also, when you tire of driving, park your car for a while and explore the tiniest of hamlets and coves by walking along the 630-mile (1,013-kilometer) South West Coastal Path, the longest footpath in Britain.

Start your tour in Penzance with a visit to the ninth-century Penzance Market Cross, one of Cornwall’s most famous Celtic crosses, located outside the Penlee House Gallery and Museum (Morrab Road, Penzance; (0)1736 363625;www.penleehouse.org.uk/)

From Penzance, drive some three miles (five kilometres) east to St. Michael’s Mount, which, through history, has been a tin-trading post, pilgrimage site, and military fortress. Climb to the top of the island’s castle and envision approaching ships of the Spanish Armada. To your east is the Lizard Peninsula, blessed with beaches and some of the best pasties in Cornwall. To your west is Penwith Peninsula, dotted with Neolithic sites, and Mounts Bay. At low tide, you can walk right out to St. Michael’s Mount via a causeway; when the water is up, opt for a short ferry ride from Marazion.

From St. Michael’s Mount, a 10-mile (16 kilometres) jaunt along route A394 leads to the market town of Helston. Stop in at The Blue Anchor Inn (50 Coinagehall Street; (0)1326 562821;spingoales), housed in a thatch-roofed 15th-century rest house for monks. Sample the ancient local brew of Spingo. For a more tame Helston experience, visit the Helston Folk Museum (Market Place; (0)1326 564027), formerly the town’s market house, featuring regional archaeological gems and a timber cider press. Helston is the geographic gateway to the Lizard Peninsula, with its small sandy coves and picturesque villages.

Make your first stop in the Lizard at Ann’s Pasties Shop, located in The Square (The Lizard; (0)1326 572282;) Hike or drive less than two miles (3.2 kilometres) to Kynance Cove (follow road A3083), a glorious nook with island-speckled waters and numerous caves.

Make your way across southern Lizard, all four miles (six kilometres) of it, to Cadgwith, a fishing village of whitewashed thatched huts and pubs filled with men singing sea shanties. Make time to meander the South West Coastal Path and discover your own favourite Lizard coves and Iron Age villages. You can rest for the night at Trengilly Wartha Inn (Nancenoy, Constantine; (0)1326 340332;www.trengilly.co.uk/), with its 6 acres (2.4 hectares) of gardens, meadows, and idyllic lake. Its Cornish name translates to “settlement above the trees.” Dine at the inn’s bistro, featuring all local meats and game, shellfish from nearby waters, and a Cornish cheese board.

Just 8 miles (13 kilometres) north, Falmouth boasts an array of attractions. Visit the National Maritime Museum (Discovery Quay; (0)1326 313388;www.nmmc.co.uk/) for a lesson on Cornwall’s maritime heritage, with displays of boats of all sizes, archives, and pieces of art. Head back outdoors for a stroll through Trebah Garden (Mawnan Smith; (0)1326 250448;www.trebahgarden.co.uk), a 26-acre (11-hectare) subtropical ravine, listed as one of the top 80 gardens in the world.

St. Austell, 25 miles (40 kilometres) northeast of Falmouth, is the most populous city in Cornwall and home to one big-time attraction: the global garden of the Eden Project (just off the A30 at Bodelva). The expansive property features a greenhouse complex the size of over 30 football fields. Educational programs explore the complexities of managing food supplies and waste, and research projects focus on relying more heavily on locally grown crops.

Widely considered the most picturesque fishing village in Cornwall, little Polperro (25 miles/40 kilometres east of St. Austell) is a feast for the eyes. Experience a different kind of horsepower with a horse-drawn “bus” from the main car park to the village centre, and ride through the narrow alleys. Try out the Crumplehorn Inn and Mill (across from the main car park; (0)1503 272348;www.crumplehorninn.co.uk) for a typical pub lunch of steak, mushroom, and ale pie; beer-battered cod and chips; or the catch of the day, among other favourites. Walk off your lunch on a classic coastal walk from Polperro to Lansallos (fewer than three miles/five kilometres away), exploring the cliff’s edges by foot.

From Polperro, head some 17 miles (27 kilometres) northwest to Bodmin. Tour the town’s former jail, a 1779 structure built for King George III. The famous Domesday Book, an 11th-century survey of England, and the Crown Jewels were actually lodged in the prison’s walls during World War I. The jail also offers monthly Paranormal Ghost Walks, which include a night in the haunted dwelling and a traditional breakfast the next morning. The Bodmin Moor, a unique landscape, also features several attractions made famous by novelist Daphne du Maurier. The 18th-century Jamaica Inn (the same name as du Maurier’s 1936 smugglers’ tale) now houses a museum commemorating the author.

Head southwest for about 24 miles (38 kilometres) on roads A30 and B3285 to the North Coast. The region around Perranporth and St. Agnes is surfing heaven. Try the waves out for yourself at the St. Agnes Breakers Surf School which offers lessons and equipment hire.

A southward shot on roads B3277 and A30 from St. Agnes takes you through former tin and granite mining towns, ancient villages, and exquisite beaches. Visit Chysauster (Off the B3311; (0)1831 757934; english-heritage/chysauster), a 2,000 year-old late Iron Age settlement, with stonewalled homesteads, a house-lined village street, and remains of an underground passage (called fogou).

Continue driving along roads A30 and A3074 to St. Ives, with its 7 beaches and a multiple winner of Britain in Bloom contest and a famed artist colony. Visit the contemporary Tate St. Ives (Porthmeor Beach; (0)1736 796226; www.tate.org.uk/stives), a branch of the more famous Tate Gallery in London. Gaze out from St. Ives’s harbour at Godrevy Lighthouse, made famous by novelist Virginia Woolf.

This whole area of Cornwall is the Penwith Peninsula which is speckled with some 400 Celtic sites. Just five miles (eight kilometres) southwest of St. Ives is Zennor, a good base for exploring two fortified cliffside castles in the region, Gurnards Head and Bosigran Castle. Enjoy the scenery by walking from Gurnards Head to Bosigran, 90 minutes by foot.

Southwest of Zennor is Land’s End, the most westerly point of mainland England. One of Cornwall’s most popular outdoor attractions, Land’s End is chock full of museums and gift shops, but the natural beauty here wins out.

Before heading back to Penzance, be sure to stop at Merry Maidens Circle, along the B3315 road that runs from Land’s End. The best-preserved late Neolithic site in the U.K., Merry Maidens Circle consists of 19 granite stones that form a perfect circle nearly 78 feet (23 meters) in diameter.

Late spring or summer is the best time to tour Cornwall, as the region’s gardens are in full bloom. For more details about Cornwall, and its particular cities, attractions and beaches, please visit our Cornwall guide.